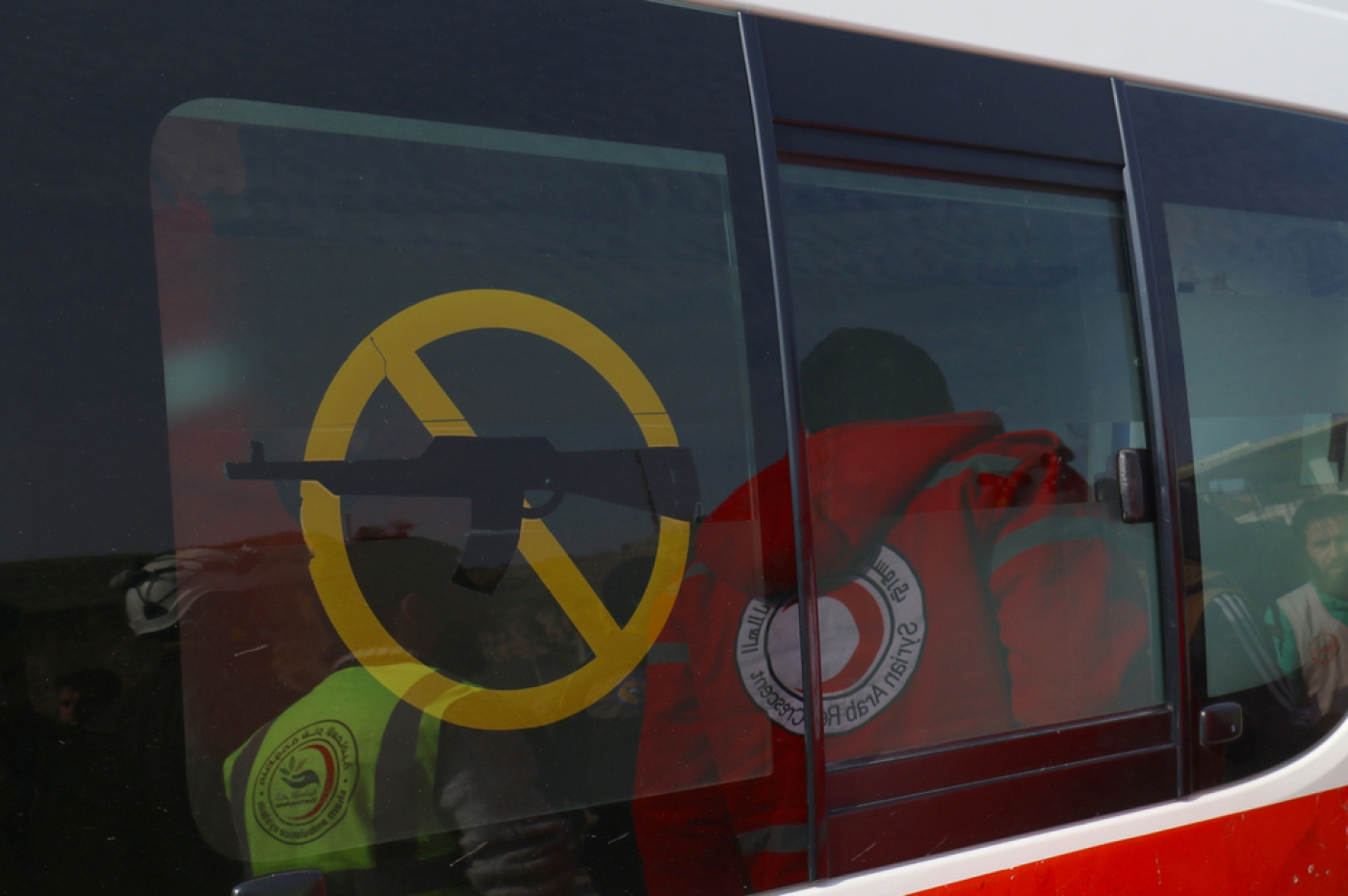 A red crescent member stands near a no-arms sign as people evacuated from the Wadi Barada valley near Damascus on 30 January, 2017 (Reuters)
By
MEE and agencies

CIA-coordinated military aid for rebels in northwest Syria has been frozen since they came under major attack from hardline militants last month, rebel sources said, raising doubts about foreign support key to their war against President Bashar al-Assad.

Last month's militant assault on the FSA groups was launched by Jabhat Fateh al-Sham, a group formerly known as the Nusra Front, al Qaeda's official affiliate in the war until last year when it formally cut ties and renamed itself.

The militant onslaught led several FSA groups to merge with the powerful Islamist faction Ahrar al-Sham, widely believed to be backed by Assad's foreign adversaries in the region.

That will likely give pause to foreign donors: Ahrar al-Sham is set apart from the FSA factions by a strongly Sunni Islamist ideology and it has previously fought alongside the Nusra Front.

Rebel officials said that no official explanation had been given for the move this month following the Fateh al-Sham assault, though several said they believed the main objective was to prevent arms and cash falling into militant hands. But they said they expected the aid freeze to be temporary.

The halt in assistance, which has included salaries, training, ammunition and in some cases guided anti-tank missiles, is a response to the Fateh al-Sham attacks and has nothing to do with US President Donald Trump replacing Barack Obama in January, two US officials familiar with the CIA-led programme told Reuters.

The freeze reflects the troubles facing Free Syrian Army (FSA) rebels in the almost six-year-old revolt against Assad, who now appears militarily unassailable in his core western region largely thanks to direct intervention on his side by Russia and Iran.

"The reality is that you have changes in the area, and these changes inevitably have repercussions," said an official with one of the affected FSA rebel groups. He said no military assistance could "enter at present until matters are organised. There is a new arrangement but nothing has crystallised yet."

The support funnelled to vetted FSA factions has included contributions from Turkey, Qatar and Saudi Arabia - states that have opposed Assad. It is one of several foreign aid channels to rebels. Others still function.

The CIA declined comment on the reported freeze in support. A Qatari official said his government had nothing to say on the matter. Turkish officials said only they could not discuss "operational details". There was no word from Saudi Arabia.

Reuters confirmed the freeze with officials from five of the FSA groups that have been recipients of financial and military support from the so-called "MOM operations room". It was also confirmed by two other senior FSA figures briefed on the matter.

They spoke on condition of anonymity given the covert nature of the CIA-backed programme and the sensitivity of the subject.

Several rebels believed the aid halt was temporary, with new arrangements expected, but there was no clarity yet. Confirming the freeze, two senior FSA sources said donor states were aiming to send the aid to one, unified fighting force - a coherence that has eluded rebels throughout Syria's civil war.

One of the FSA officials said he did not expect the rebels to be abandoned as they represent the best hope for blocking a further expansion of Sunni militant influence in Syria, and to fight back against the growing role of Iran there.

Military aid to rebel groups has ebbed and flowed throughout the life of the program, U.S. officials said, as Washington and its allies have kept a close eye on any leakage to more militant factions, something one official called "a constant problem".

Before assuming office, Trump suggested he could end support for FSA groups and give priority to the fight against Islamic State (IS), whose well-armed militants hold large tracts of eastern and central Syria.

But Trump's administration has yet to declare a firm policy towards Syria and Iraq, despite his repeated vows to eradicate IS, so it has been "business as usual" with covert and overt training and military support programs, one U.S. official said. 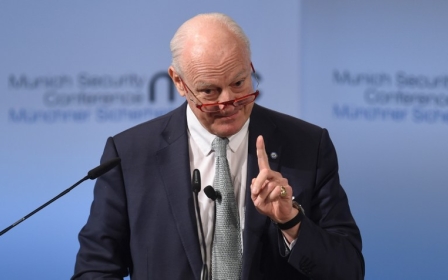