Dolls were intended as an anti Al-Qaeda propaganda tool, but were never mass produced 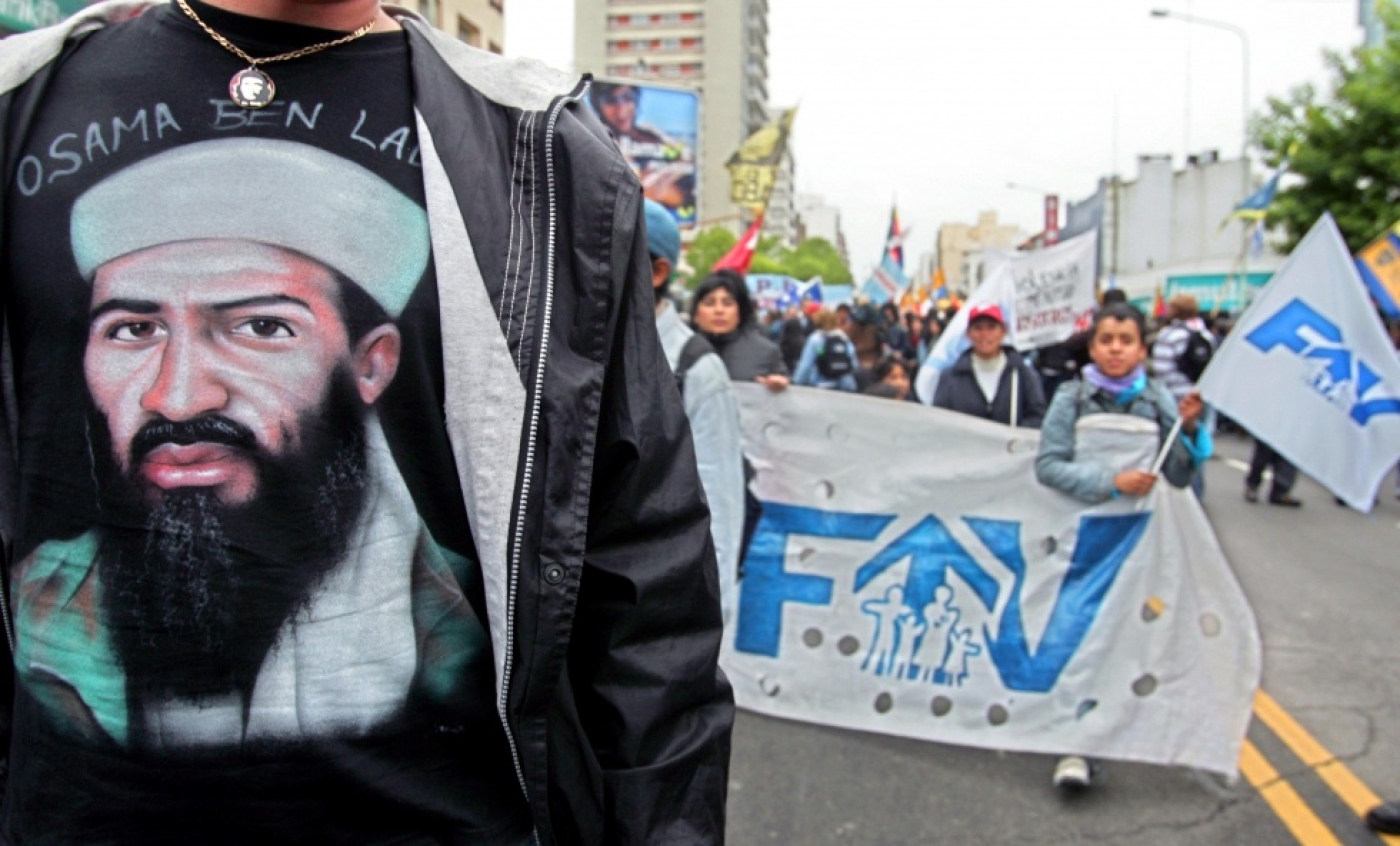 Since the 9/11 bombings, Bin Laden's face has become ubiquitous throughout the world (AFP)
By
MEE staff

The CIA had once considered producing a line of Osama Bin Laden “demon” dolls, in what was certainly one of the more unusual propaganda campaigns to be mooted by the organisation.

Codenamed “Devil Eyes”, the 30cm action figure depicted the late Al-Qaeda leader with a heat-dissolving plastic face which peeled off to reveal a demonic, cat-like face and glowing green eyes.

"The action figure idea was proposed and rejected by CIA before it got past the prototype stage," CIA spokesperson K.J. Caldwell told AFP.

"To our knowledge, there were only three individual action figures ever created, and these were merely to show what a final product might look like," she said.

“The CIA has no knowledge of these action figures being produced or distributed by others.”

The dolls were intended to be distributed in American-friendly countries in South Asia as a means of promoting “goodwill” according to the Washington Post, and to associate Bin Laden negatively in the minds of children and their parents

A former executive from the Hasboro toy company, Donald Levine, provided expert advice on the project.

Although Levine – credited as the father of the popular ‘G.I. Joe’ dolls - died last month, his family told the Washington Post he was a “dedicated patriot, and proud Korean War veteran” who was “honoured to assist our country” by being involved in the Bin Laden project.

The Washington Post quoted an anonymous source as a say that hundreds of the toys were made as part of a preproduction run and sent to Pakistan in 2006.

The CIA has long been involved in propaganda campaigns in countries governed by, or vulnerable to, America’s allies.

Literary journals, concerts, radio broadcasts and art exhibits were among the many tools used to undermine the Soviet Union during the Wold War.

Osama Bin Laden became a posterboy for terror through much of the world after masterminded deadly 9/11 attack which killed thousands of people in New York in September 2001.