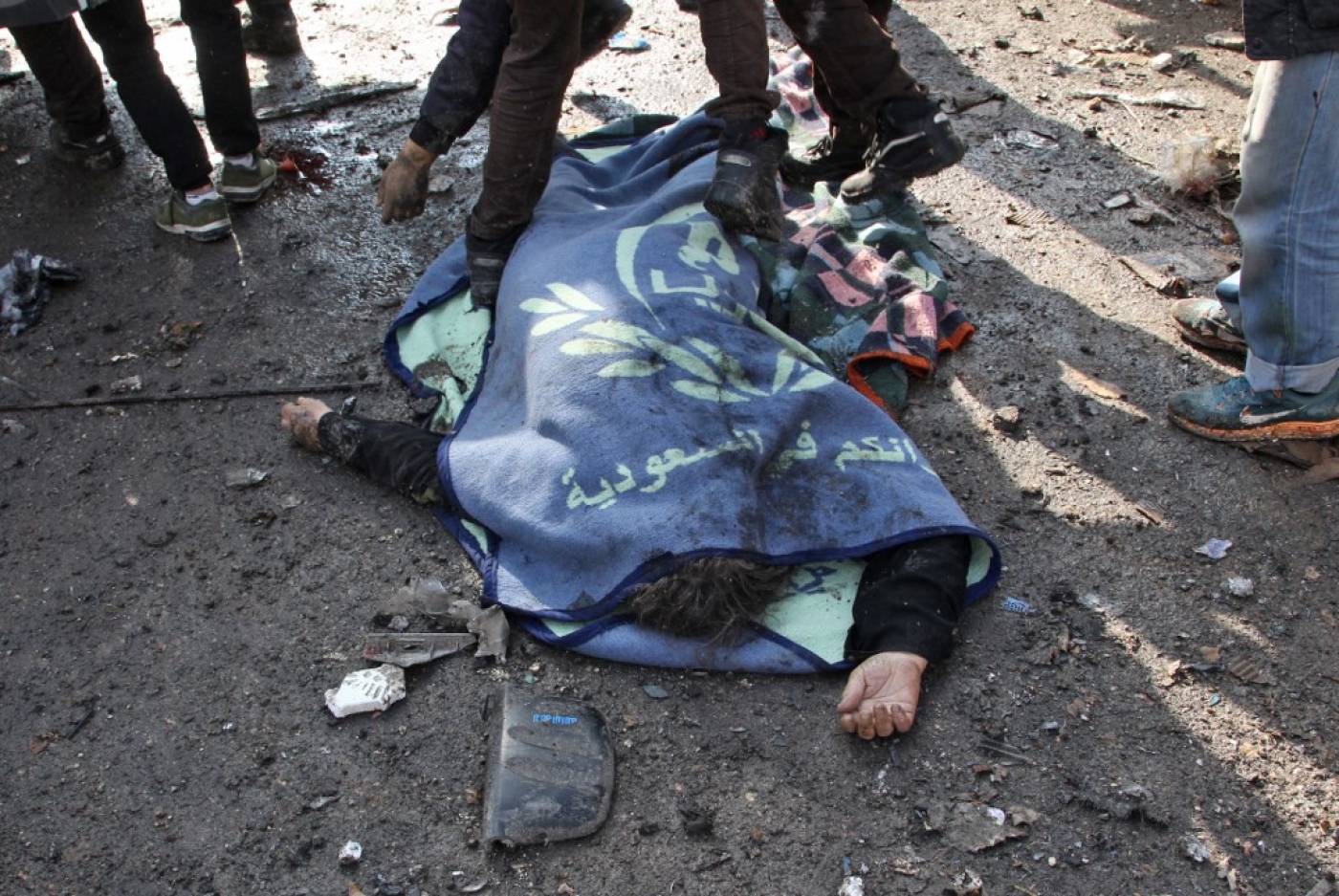 Air strikes carried out by Syrian government forces and Russia have killed at least 15 civilians in the rebel stronghold of Idlib province, a UK-based monitoring group said.

The air strikes on Monday in northwestern Syria struck a fruit-and-vegetable market in Maarat al-Numan and another market in the area of Saraqib, according to local rescue workers.

According to the Syrian Observatory for Human Rights, a Britain-based war monitor, at least 15 civilians were killed in the attacks.

Maher Mohammed, 35, a vendor in the market in Maarat al-Numan, told AFP that the air strikes on Monday were the most frightening he had witnessed in years.

"We ran inside the shops and threw ourselves on the ground," the father of five told the news agency.

Mohammed said two women who had come to shop at the market were killed in their car.

"They bombarded half the market. Our neighbours were killed," he said.

The Observatory said six other people died in air strikes carried out by Syrian government forces and their ally, Russia, in other parts of Idlib province.

That includes a woman and her children who were killed in a Russian air strike that targeted a prison, the group said.

The air strikes come as Syrian government-backed troops and opposition forces continue to fight in the southern part of Idlib province.

The fighting on Idlib's borders since Saturday has been the most deadly since a Russia-brokered ceasefire went into effect in late August.

The Observatory said that 54 Syrian government forces and 47 opposition fighters have been killed since Saturday.

Earlier on Monday, Turkish shelling of the city of Tal Rifaat, which is controlled by local Kurdish fighters, killed at least 11 civilians as they left a school in the area.

Most of the civilians killed had been displaced from the Afrin region, according to the Observatory.