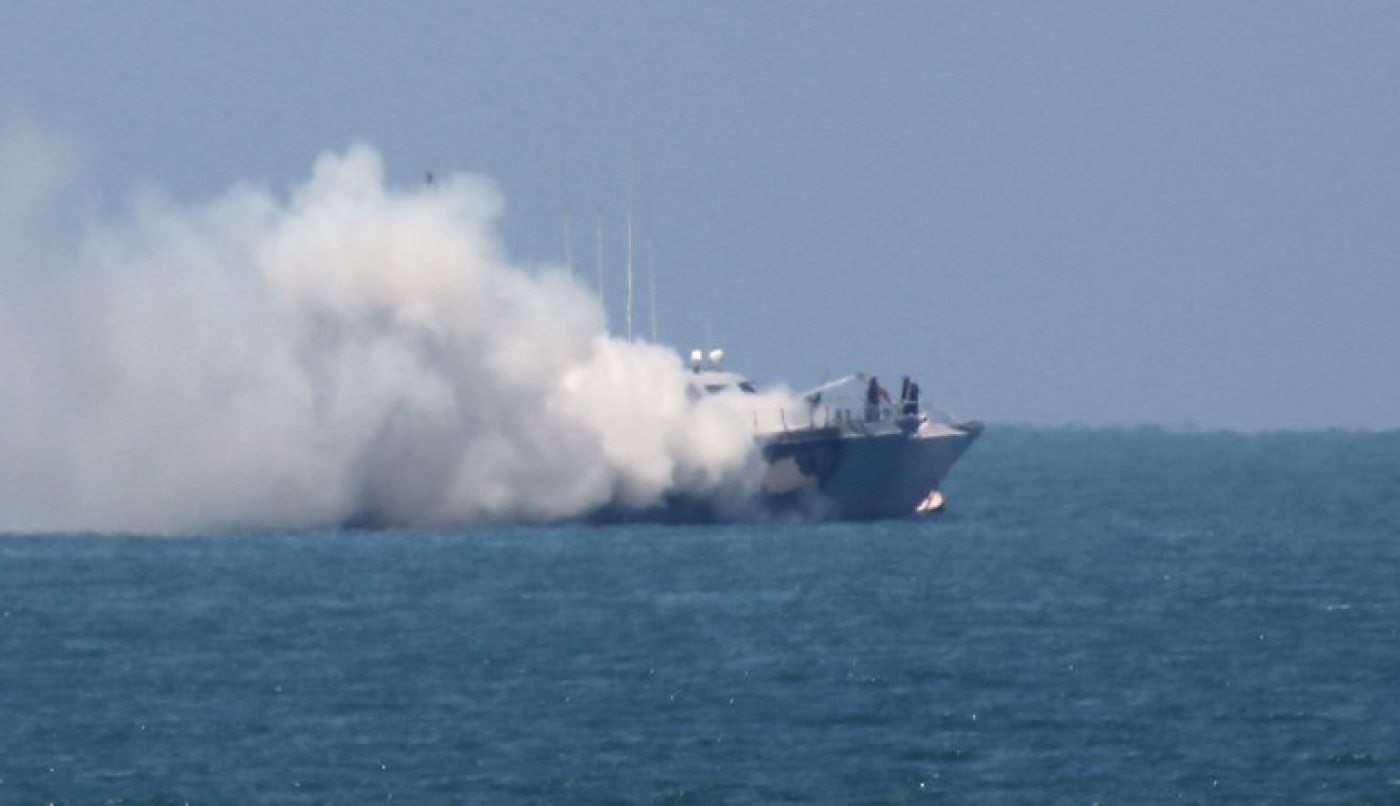 The Islamic State militant group said it carried out a missile attack on an Egyptian navy vessel off North Sinai on Thursday, the first such incident in a two-year insurgency.

The group's Egyptian affiliate claimed it fired a "guided missile" at the patrol boat north of Rafah, which neighbours the Gaza Strip, in a statement posted on one of its social media accounts.

It posted three pictures showing what appeared to be a guided anti-tank missile striking the vessel and causing a large fireball.

The military had earlier said one of its boats came under attack and was set on fire while pursuing militants, but that it suffered no losses.

Other navy boats rescued the crew as their vessel spewed a plume of smoke, said an AFP photographer across the border in the Gaza Strip.

They boarded the vessel, which stayed afloat, to extinguish the flames.

Militants loyal to the Islamic State group have killed scores of Egyptian soldiers and policemen in the Sinai Peninsula since the army's overthrow of Islamist president Mohamed Morsi in 2013.

The militants have also carried out attacks west of the Suez Canal, which separates the Sinai from the rest of Egypt.

The army said on Wednesday its troops foiled a suicide car bombing of a military post between Cairo and Suez that was claimed by IS's affiliate in Egypt.

Thursday's attack, if confirmed, could be the group's first maritime attack.

In November 2014, the Egyptian military said eight navy men drowned after one of its patrol boats came under attack off the country's northern coast. But it has released no further details.

Militants in Egypt have carried out a series of brazen attacks despite a massive crackdown by the army which says it has killed more than 1,100 militants in Sinai since Morsi's overthrow.

Militants in Sinai, who pledged loyalty to IS in November, struck a series of military outposts and checkpoints on 1 July that killed at least 21 soldiers according to Egyptian officials. Several news reports following the 1 July attack put the death toll among Egyptian troops at 70.

After the reports, Egyptian officials announced they were introducing anti-terrorism legislation that could see journalists jailed for a minimum of two years for reporting information that contradicted official statements, but on Wednesday, said they will revise the bill's most controversial article.

IS also claimed responsibility for a car bomb attack on the Italian consulate in Cairo last week which killed one Egyptian.

On Thursday, the government sacked the police chief in Cairo following that and other attacks in the capital.