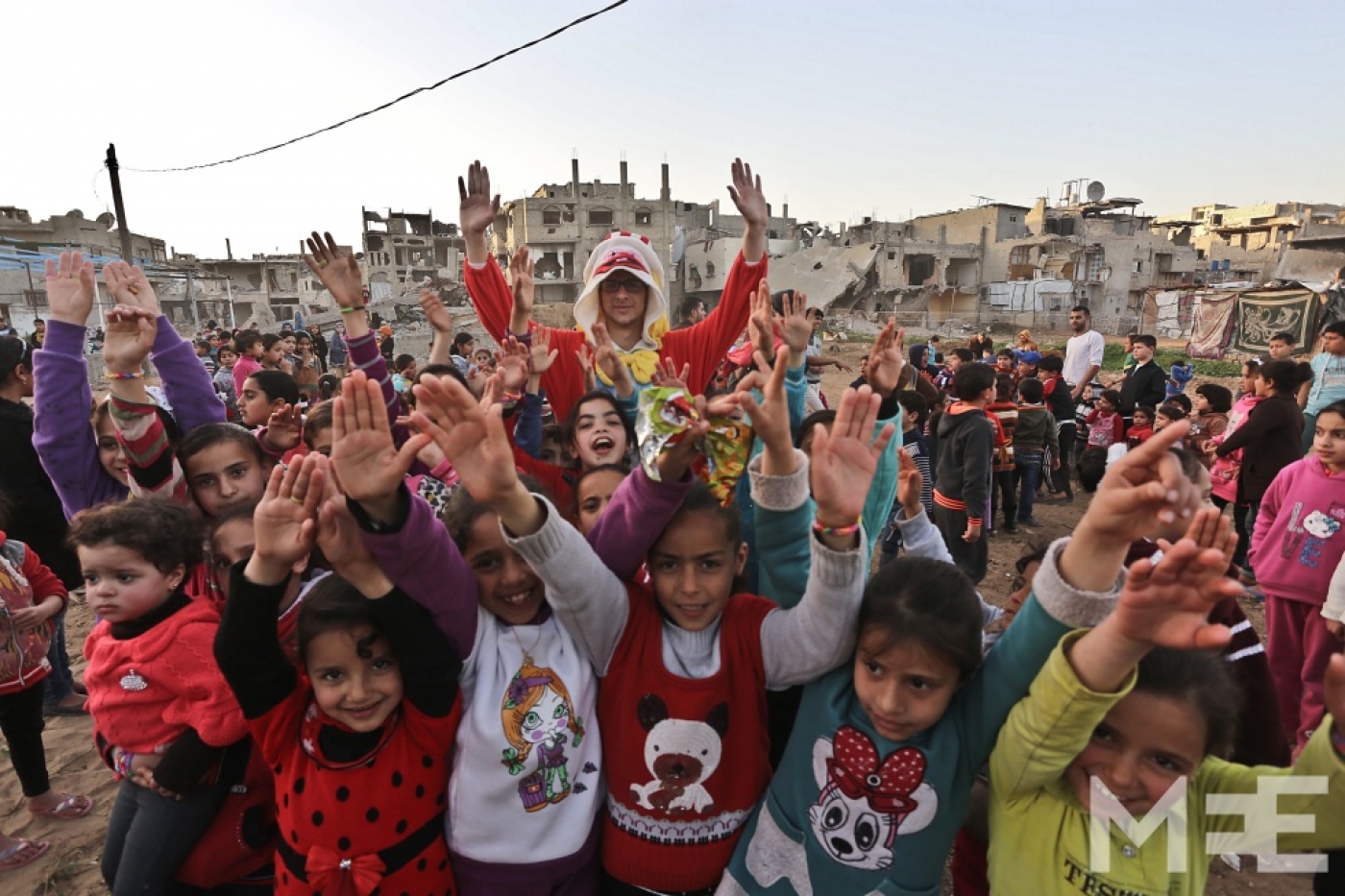 With children in Gaza unable to recover from the trauma of last summer's Israeli offensive on the coastal enclave, locals have launched an initiative that attempts to take their minds off the war.

Twenty-seven-year-old psychologist Jaber Thabit, along with a team of volunteers, brought together a group of entertainers, clowns, singers and face painters in his neighbourhood of Shujaya in eastern Gaza on Friday.

"I wanted to do something to compensate, even a little, for the lack of organisations that aim to provide children with fun and entertainment,” Thabit told MEE.

The initiative is sponsored by the Palestine Trauma Centre (PTC).

After the 51-day offensive in Gaza during the summer of 2014, Thabit and his team found many children in Gaza suffering from psychological trauma.

“We decided to organise activities including games, plays and competitions to help entertain the children and lift them from the state of sadness they are feeling,” said Thabit.

Around 50,000 children have so far benefited from the initiative, the team coordinator told MEE.

Local statistic show that more than 73 percent of Gazan children have suffered behavioural and psychological problems since the recent offensive on Gaza.