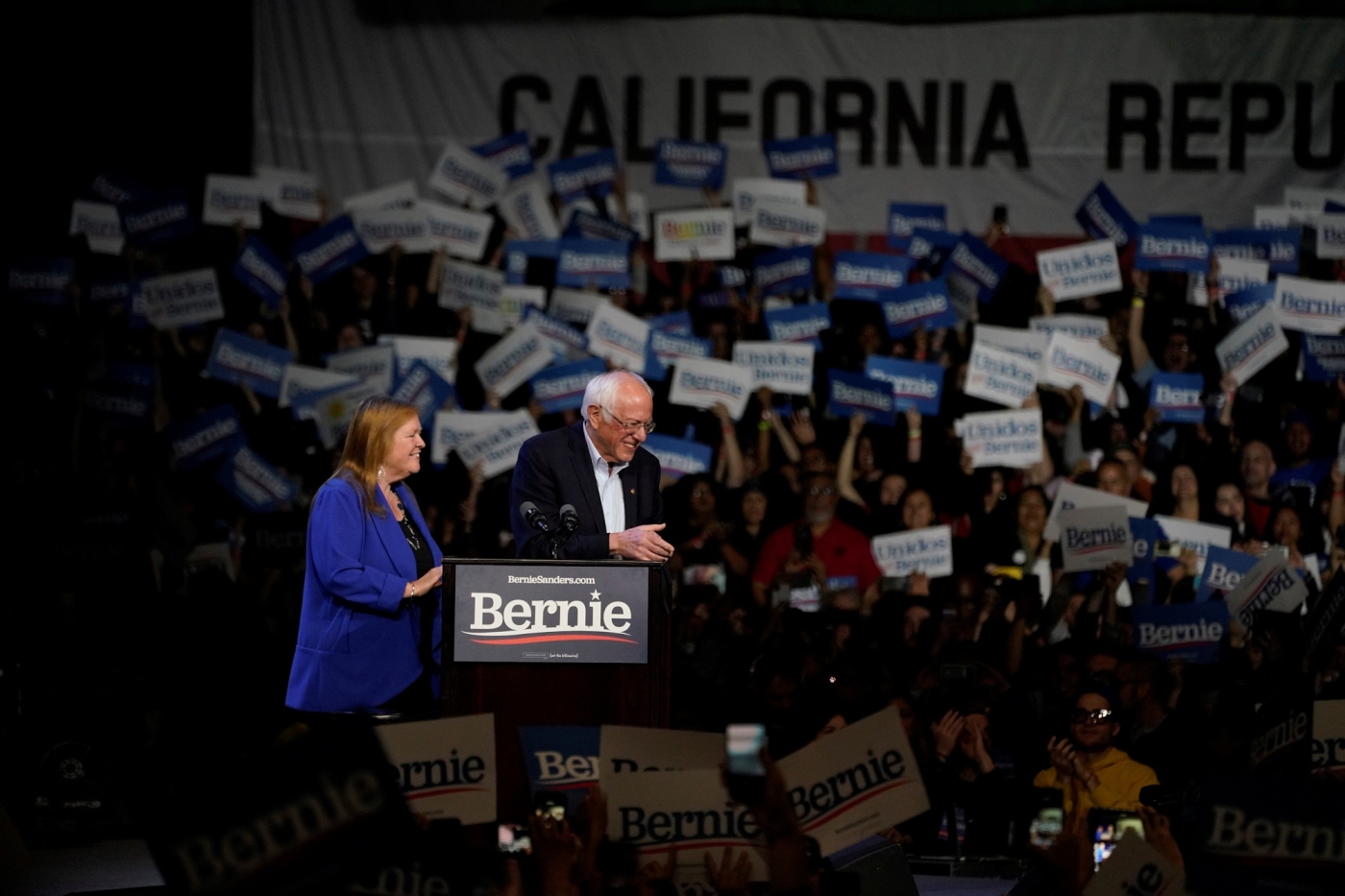 A coalition of Palestinian-American activists and advocacy groups has endorsed Senator Bernie Sanders for president, lauding the Democratic candidate as a "supporter of justice, equality and human rights for all, including the Palestinian people".

"We call upon all Palestinian Americans, joining those who support equality, justice, and human rights, to vote for Senator Sanders in the Democratic primaries and beyond," the group said in a joint statement on Monday.

The endorsement - signed by nine organisations and more than a dozen advocates from across the country - noted Sanders' even-handed approach to the Israeli-Palestinian conflict. It highlighted the senator's assertion at a debate in December when he said Washington's foreign policy cannot only be pro-Israel but "must be pro-Palestinian as well".

"Such a statement is unprecedented. Even the mere mention of the existence of Palestinians has been challenged by many politicians. Senator Sanders, however, has repeatedly drawn attention to the injustices of the occupation," the endorsement said.

'It's Palestinians - Muslims and Christians - getting together and saying: This is the candidate for us'

The signatories include Sanders' campaign surrogates Linda Sarsour and Amer Zahr as well as civil rights advocates and cultural and political organisations from various cities in the United States.

Zahr, a comedian and activist, said Sanders has "consistently centered the Palestinian issue in his foreign policy".

"We believe that his honesty and consistency over the years gives us a different kind of hope as we head into this presidential election," Zahr told MEE. "We believe that he will follow through on what he says."

Sanders has vowed to impose conditions on US aid to Israel in order to push Israeli leaders to end abuses against Palestinians and improve the humanitarian crisis in Gaza. He has also repeatedly criticised the Israeli government, calling Prime Minister Benjamin Netanyahu "racist" on more than one occasion.

Last week, Sanders announced that he is boycotting the annual conference of the American Israel Public Affairs Committee (AIPAC), accusing the pro-Israel group of providing a platform to bigotry.

That decision sparked attacks from Israeli officials, Republicans and even fellow Democratic presidential candidates - with Israel's ambassador to the UN calling Sanders an "ignorant fool".

Zahr said Sanders' support for Palestinian human rights is not merely rhetorical, highlighting that foreign policy is one area where the president has full powers to enact change without the approval of Congress.

"Bernie has had chances to dial back his support for Palestinian rights, but he never has," he said. "It might have been politically expedient for him to do it, but he still has never done it."

Zahr added that the "waves are changing" in Washington with groups like AIPAC losing influence "as more people become educated on Palestine".

"Electing a president who is open to talking about Palestinian rights and making those part of the equation whenever we talk about Israel is wildly important," Zahr said.

The comedian and activist stressed that the coalition's endorsement on Monday represents the diversity of the Palestinian-American community underlining the broad support that Sanders enjoys there.

"This is the product of years of Palestinians getting more and more involved in the political process and feeling like we have a voice at the highest levels of presidential politics," Zahr said.

"The most important element of this endorsement is that it's a collection of many Palestinian leaders and organisations that is multi-generational, that spans across the geography of the United States and that is interfaith.

"It's Palestinians - Muslims and Christians - getting together and saying: This is the candidate for us." US Elections 2020
Bernie Sanders says he will skip AIPAC conference