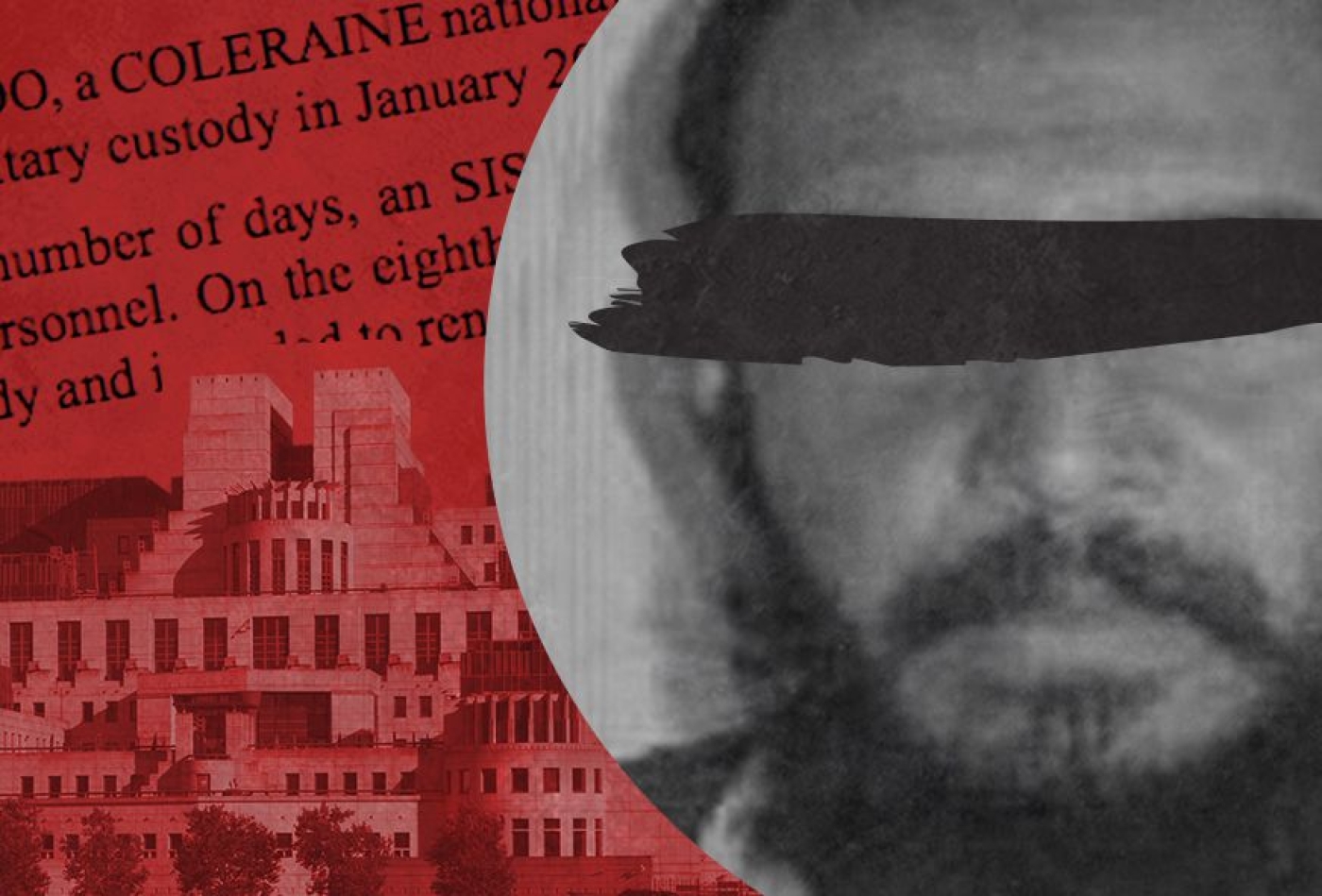 Ibn al-Sheikh al-Libi was waterboarded, transferred in a coffin and held in multiple CIA detention centres (MEE)
By
Nadine Dahan

Ali Muhammad Abdul Aziz al-Fakheri - the Libyan militant better known as Ibn al-Sheikh al-Libi and referred to in a redacted British parliamentary report as "Cuckoo" - was held in secret US and Egyptian detention from late 2001 until at least 2005.

Returned to Libya from US custody in late 2005 or early 2006, he was jailed for life in Tripoli's notorious Abu Slim prison where he was reportedly found dead in his cell in 2009.

Libi is said to have left Libya in the 1980s, eventually joining forces fighting against the Soviet occupation of Afghanistan. He was widely reported to have been the leader of the Khalden military training camp in eastern Afghanistan between 1995 and 2000.

The camp had originally been set up with the support of the Central Intelligence Agency (CIA), which had backed the foreign fighters, including thousands from the Middle East and North Africa, who along with local armed groups would force the final Soviet withdrawal in 1989.

Following the US-led invasion of Afghanistan after the 9/11 al-Qaeda attacks in New York and Washington in 2001, Libi was captured by US forces as he tried to escape into Pakistan and held in a prison at Bagram air base near Kabul, the main US military base in the country.

He was then sent by the CIA to Egypt in early 2002 - transported in a sealed coffin, according to an MI6 agent who witnessed him being carried onto the plane - as part of the US policy of rendition, in which terrorism suspects were transported to other countries for interrogation.

Libi later told American officials he had fabricated links between al-Qaeda and Iraq to avoid further torture, according to a 2006 US Senate Intelligence Committee report.

Nonetheless, the false information obtained by Libi was frequently cited by US officials, including President George W Bush, during the buildup to the invasion of Iraq in March 2003.

Whilst Libi retracted his statement after being returned to CIA custody in February 2003, his account was used by the then Secretary of State Colin Powell in an address to the United Nations Security Council in the same month to support claims that Iraq had provided training in chemical and biological weapons to al-Qaeda militants.

In 2009, a former US State Department official said that finding a "smoking gun" linking Iraq to al-Qaeda had become the primary aim of the abusive "enhanced interrogation techniques" programme authorised by the Bush administration in 2002.

Writing in the Washington Note, Lawrence Wilkerson, Powell's former chief of staff, wrote about the programme: "Its principal priority for intelligence was not aimed at preempting another terrorist attack on the US but discovering a smoking gun linking Iraq and al-Qaeda."

Born in Ajdabiya, Libya in 1963, Libi is believed to have been a member of the Libyan Islamic Fighting Group (LIFG), a militant group opposed to Libyan long-term leader Muammar Gaddafi that was once accused of links to al-Qaeda by the US and UK - allegations the group always rejected.

Gaddafi was considered an enemy of the UK in the 1980s and 1990s for a number of reasons, including the murder of British police officer Yvonne Fletcher, who was fatally wounded by a shot fired from inside the Libyan embassy in London by an unknown gunman while she was policing a protest against Gaddafi in 1984; and the 1988 bombing of a Pan-Am airliner over Lockerbie, Scotland, in which 259 passengers and crew, and 11 people on the ground were killed.

The UK's MI6 security service was reported to have been involved in a failed LIFG attempt to assassinate Gaddafi in 1996, while many LIFG members were allowed to claim asylum and settle in the UK.

'Where were you when I was being tortured in American jails?'

While a 2012 Senate Committee on Intelligence report, confirms that Libi was handed back into CIA custody in early 2003, it remains unclear where he was held for much of the period before he was returned to Libya in late 2005 or early 2006.

Some unconfirmed reports suggest Libi was rendered to Mauritania and Morocco after being removed from Egypt. Libi was certainly held at Guantanamo Bay for several months before being moved to another detention facility by April 2004, according to a 2014 Senate Committee report into the CIA's detention and interrogation programme.

On his return to Libya, Libi was sentenced to life imprisonment by Libyan authorities, though neither the charges against him nor his trial were heard publicly.

Human Rights Watch spoke to Libi on 27 April 2009, less than a month before his death, in the courtyard of Abu Slim prison. Libi refused to be interviewed, but told the group’s representative: “Where were you when I was being tortured in American jails?”

Libyan authorities said that Libi committed suicide in his cell.

But Clive Stafford Smith, the founder of the legal charity Reprieve which represented many individuals detained by the US at Guantanamo and other sites, said following the news of Libi’s death: "We are told that Libi committed suicide in his Libyan prison. If this is true it would be because of his torture and abuse; if false, it may reflect a desire to silence one of the greatest embarrassments of the Bush administration.”

"The death of Ibn al-Sheikh al-Libi means that the world will never hear his account of the brutal torture he experienced,” said Sarah Leah Whitson, Middle East director at Human Rights Watch.