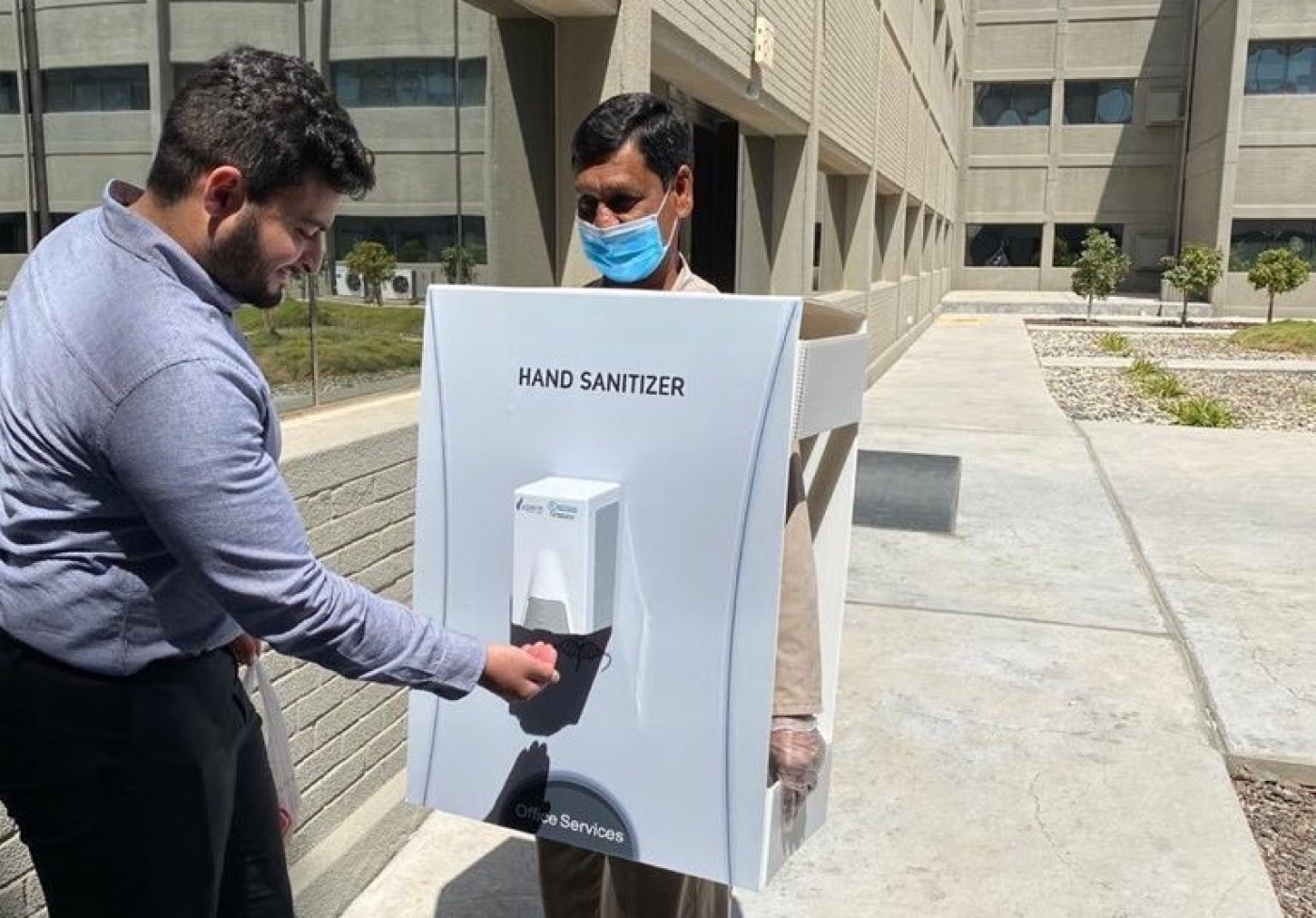 Images of a foreign worker walking around the halls of Saudi oil company Aramco and wearing a large hand santiser dispenser have been condemned as racist and exploitative.

According to several photos that went viral late on Tuesday, a worker wearing a mask and a box that dispenses hand sanitiser can be seen approaching staff in the lobby and outside perimeter of one of the oil behemoth's buildings.

Although the image was not geo-tagged, the interior of one of the building's resembled Aramco's offices in Dhahran.

In a statement released late on Tuesday, Aramco distanced itself from the act, calling it "abusive," adding it simply wanted to highlight the importance of hand sterilisation.

"The company has immediately stopped this act and has taken steps to prevent it from happening again," it said.

Some Twitter users described the images as "modern-day slavery", while the original tweet that went viral sarcastically stated: "Gulf class, a gift from Aramco."

Translation: I remember a saying from Ghazi al-Qusibi: "the only thing that can't be studied at university is ethics." I seek refuge from God from the exploitation of humans. This hurts my heart.

Since the outbreak of the coronavirus, many have highlighted the issue of increased racism targeting minorities.

The outbreak of the virus - officially known as COVID-19 - originated in China in December, where it has reportedly killed more than 3,100 people.

The global death toll from coronavirus is over 4,300, with more than 113,000 confirmed cases in 110 countries, according to the World Health Organisation.

The virus has spread at a rapid rate in the last two weeks. The first case in the region was recorded in the United Arab Emirates from a Chinese family transiting the country. Cases then began appearing in Iran and countries bordering it.

Translation: The person responsible for this idea needs to drink the hand sanitiser to cleanse himself.

Saudi Arabia is set to hike its crude oil supply to a record high, flooding markets as it continues to escalate a trade war with Russia.

The kingdom will up its supply to an unprecedented amount of 12.3 million barrels per day in April, said Amin Nasser, CEO of Saudi Aramco, in a statement.

The head of the state oil company said that this would put oil production at "300,000 barrels per day over the company's maximum sustained capacity of 12 million bpd".

Saudi Arabia has repeatedly come under fire for the treatment of its foreign workers.

Last year, Bangladesh admitted that female workers were being repatriated from the kingdom after facing sexual and physical abuse.

Activists and NGOs have previously raised awareness on the plight of workers in the Gulf region who experience physical and verbal abuse at the hands of their employers. 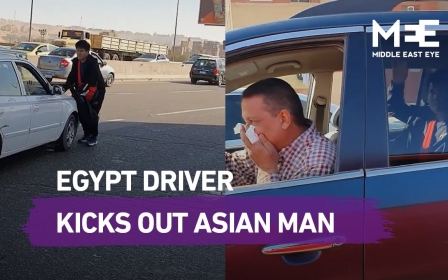 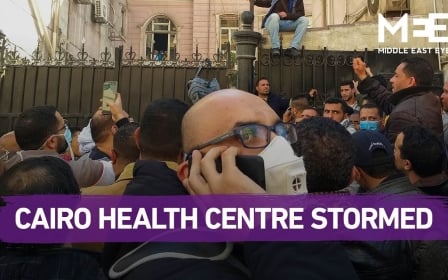 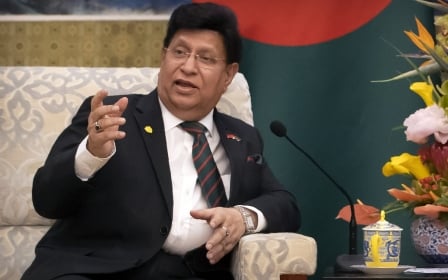