Israel has so far reported 705 cases of coronavirus, the majority with mild symptoms Israel reported its first fatality from the coronavirus on Friday, an 88-year-old man who suffered from previous illnesses.

The health ministry said in a statement that he had been brought to Shaare Zedek hospital in Jerusalem about a week ago in serious condition, Reuters said.

Israel has so far reported 705 cases of coronavirus, the large majority with mild symptoms. About 10 patients are in serious condition and 15 have recovered.

Israel was one of the first countries to enact strict travel restrictions, and on Thursday Prime Minister Benjamin Netanyahu tightened a national stay-at-home policy, saying police would enforce restrictions.

Israel's cabinet unanimously approved the emergency regulations on the population's movement to halt the spread of the coronavirus, the prime minister's office said in a statement on Friday.

The meeting followed Netanyahu’s order for a full lockdown of the population, as he said his previous request for people to self-isolated was "simply not enough". 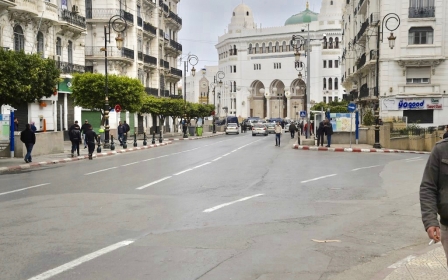