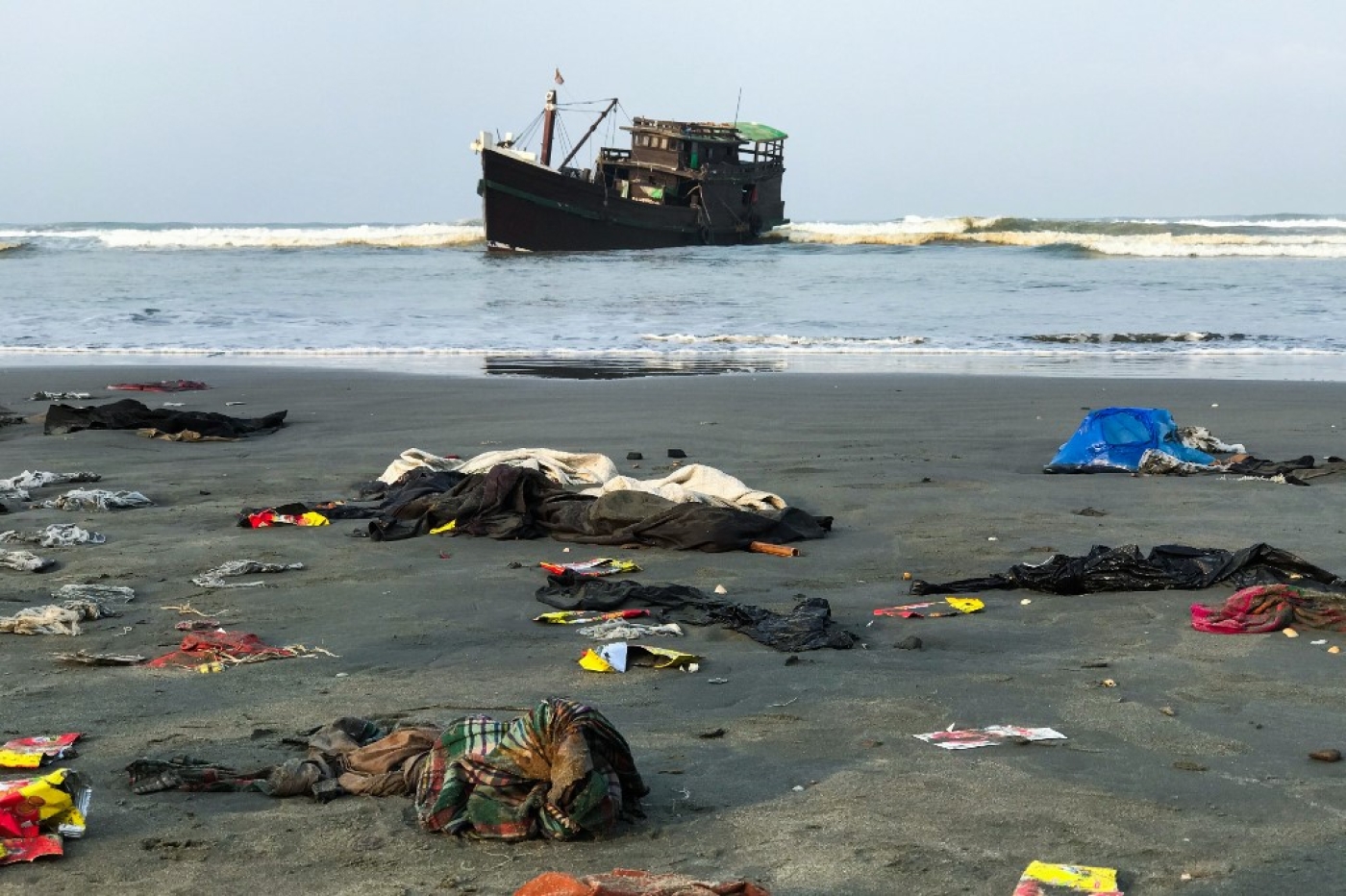 Belongings of Rohingya refugees are strewn across shore as carrier boat remains anchored nearby in Teknaf, Bangladesh, on 16 April (AFP/File photo)
By
MEE staff

Authorities in Malaysia turned back a boat carrying about 200 Rohingya refugees, including children, over fears they may be infected with the coronavirus.

The Malaysian air force said in a statement late on Thursday that one of its surveillance aircraft had spotted the boat about 130km off the northern island of Langkawi earlier in the day.

It said two navy vessels intercepted the boat and distributed food to the Rohingya on humanitarian grounds before escorting the boat out of the country's waters.

It didn't say where the boat was heading or describe the condition of the refugees. 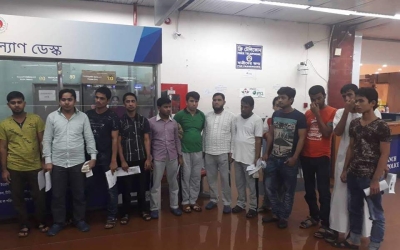 "With their poor settlements and living conditions... it is strongly feared that undocumented migrants who try to enter Malaysia either by land or sea will bring [Covid-19] into the country," the air force said in a statement.

It added that "maritime surveillance operations will be intensified".

Amnesty International said it received information that as many as five boats had been spotted off the coasts of Malaysia and southern Thailand in recent days, believed to be carrying hundreds of people.

In a statement, the rights group called on Malaysia and Thailand to "immediately dispatch search-and-rescue boats with food, water and medicine to meet the urgent needs of possibly hundreds still at sea".

It urged the countries to allow the people to disembark safely, adding: "Both Thailand and Malaysia are aware that people's lives are in danger. Refusing to help the people on these boats would not be wilfully blind – it would be consciously making their plight even worse."

Rohingya Muslims have been fleeing Myanmar en masse since 2017, at the start of the country's most recent army crackdown against the minority group.

In a separate development, the coast guard of Bangladesh said it had rescued at least 382 starving Rohingya refugees who had been drifting at sea for almost two months.

The boat was trying to reach Malaysia but was reportedly denied entry. More than 60 people died on the journey.

One survivor, Anwar Alam, told AFP that the ship had entered Malaysian water several times but was turned back. He added that the captain of the ship had been killed during "a quarrel" between passengers and crew. 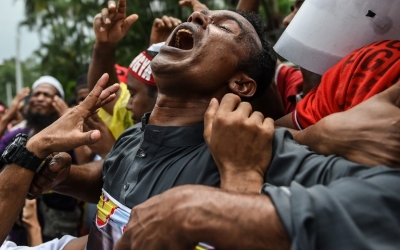 Another survivor, Anwarul Islam, said a fight broke out after the captain had tried to rape one of the women on board.

"At least 60 of us died in the boat. We held on-board funeral prayers and dropped their bodies in the sea," he said.

"We barely had food, fresh water and medicines."

Bangladesh coast guard spokesman Lt Shah Zia Rahman described the rescued refugees as emaciated, adding they were brought to a beach near Teknaf on the country's southernmost tip.

"They were starving. They were floating for 58 days and over the last seven days [the boat] was moving in our territorial waters," Rahman said.

The refugees were detained for illegally entering Bangladesh territory but were then handed over to the UNHCR, a United Nations spokesperson confirmed. 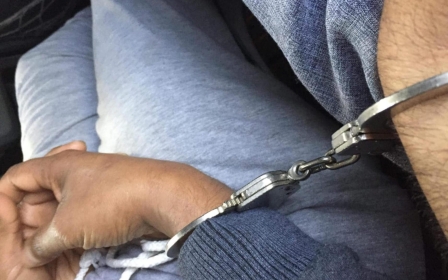 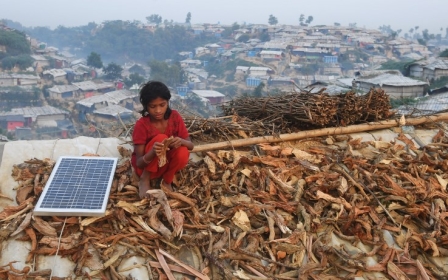 Rohingya
Will the world help the Rohingya to attain justice?
Nurul Islam 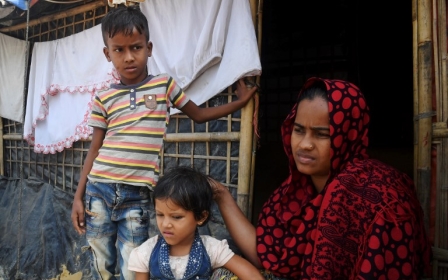