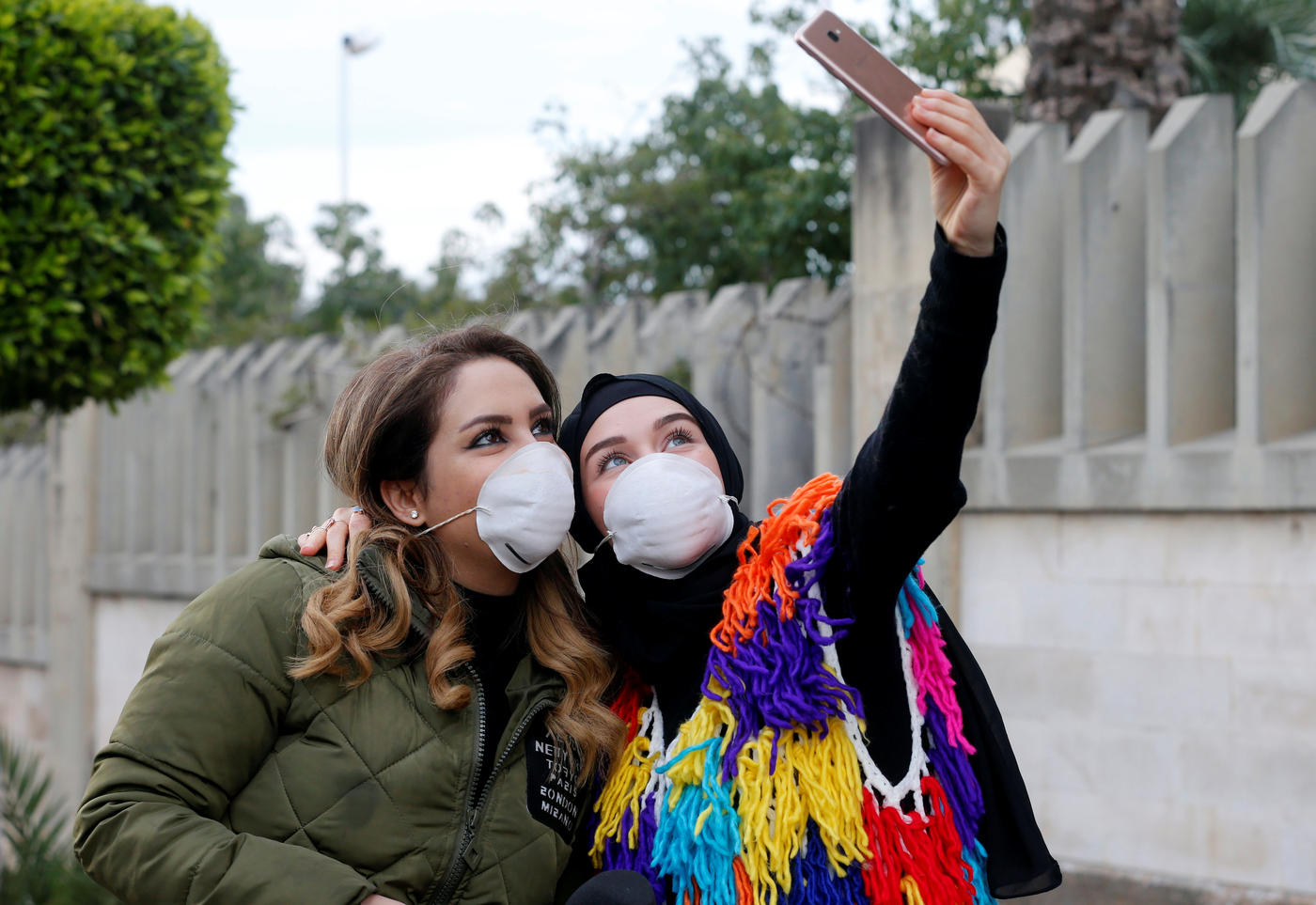 Just over a month ago, the first case of coronavirus in the Middle East was recorded in the United Arab Emirates. Since then, the virus - officially known as COVID-19 - has spread rapidly across the region.

It has now reached the majority of countries in the Middle East and North Africa, with Iran having the highest death toll outside of China.

Governments, religious authorities, health workers and ordinary citizens have found unique and often unorthodox ways to deal with the outbreak.

From dancing nurses to special handshakes and homemade cures, here’s how some in the Middle East have responded to the virus:

Coronavirus originated in Wuhan, China in December, and has reportedly killed over 3,000 people in the country.

In expressing sympathy to the Chinese, former Iranian president Mahmoud Ahmadinejad appeared to suggest the virus was created deliberately by China’s enemies to halt its progress.

A prominent Saudi journalist offered her own conspiracy theory.

Noura Almoteari, who has a verified Twitter account and over 217,000 followers, accused Qatar of paying billions "to grow the virus in China''. She said the Gulf emirate spread coronavirus to harm the UAE’s upcoming Expo 2020 event in Dubai, and Saudi Arabia’s Vision 2030 strategy to diversify its economy.

Translation: I reckon the composition and the spread of the coronavirus is Qatari and that Doha paid billions to grow the virus in China with the aims of ruining the year 2020 which was intended to be the beginning of achieving the goals for Vision 2030 as well as the 2020 Dubai Expo and the end of the Ottoman Caliphate and the Riyadh agreement and the return of peace to the Middle East

Saudi Arabia, the UAE, Egypt and Bahrain cut political and economic ties with Qatar in 2017, angered at the emirate's divergent foreign policy.

Misinformation wasn’t just limited to the origin of coronavirus; it also featured in how authorities attempted to fight the outbreak.

In Lebanon, schools sprayed students with disinfectant - which some pointed out may do more harm than good.

Happening in a school in #lebanon .. according to @WHOLebanon Spraying alcohol or chlorine all over your body will not kill viruses that have already entered your body. Spraying such substances can be harmful to clothes or mucous membranes (i.e. eyes, mouth). #coronavirus pic.twitter.com/wEsobENDSA

Iranian authorities adopted a similar strategy, though not everyone was convinced by the scale of the operation.

#Iran is using a fire truck from the 1800s to disinfect #coronavirus the streets with a small stream of water. #COVID19 pic.twitter.com/bKZEaPfbI3

Meanwhile, Egyptians were left scratching their heads at their government’s attempts to contain the virus.

The reported move to check Chinese restaurants was viewed by many as bigoted and misguided. Official guidance has deemed it highly unlikely that coronavirus is spread through food or packaging.

Egyptian authorities have denied that checks on Chinese restaurants were ever ordered.

Some used Islamic teachings to recommend things to eat which are believed to protect from harm.

Others offered their own ideas about what to consume - and what to insert in your body - to avoid the disease.

Ayatollah Tabrizian, a prominent clergyman & a self-proclaimed expert in “Islamic medicine”, has published the following list on how to avoid #coronavirus:

* Dip a cotton ball in oil & insert it in your anus

In Iran’s holy city of Qom, the head of its main Shia shrine encouraged worshippers to visit the site to heal themselves from “spiritual and physical diseases”.

#Qom Friday prayer leader Mohammad Saeedi: We consider the shrine of Fatima Masoumeh to be a place of healing. That means that people should come here to heal from spiritual and physical diseases. Therefore, this place should remain open and the people should strongly attend. pic.twitter.com/0B8TH8GFdW

Qom has been the epicentre of the coronavirus outbreak in Iran, with the Iranian health ministry repeatedly calling for its religious sites to be closed.

While they remained open, some pilgrims took the bizarre step of defiantly licking the shrines.

While the city of Qom is the epicentre of #CoronaVirus in Iran, authorities refuse to close down religious shrines there.

These pro-regime people are licking the shrines & encouraging people to visit them.

Iran's authorities are endangering lives of Iranians & the world pic.twitter.com/s9o6zYhzNQ

Two of the shrine-lickers have since been arrested.

Unlike in Qom, Saudi Arabia temporarily banned all foreigners and Saudi residents from performing the Umrah religious pilgrimage in the holy cities of Mecca and Medina.

Since coronavirus is widely thought to be spread from person to person, it's having an impact on how people greet one another.

Kisses and hugs are proving unwelcome, while an academic pronounced that “science says shaking hands is disgusting”.

Iranians have taken the opportunity to find new and inventive ways to interact.

No kissing, no hand shaking, no hugs. A demonstration of how Iranians may be greeting each other today in these coronavirus times. #Iran pic.twitter.com/RoRjoqEwu2

One Twitter user pointed out that a popular Turkish TV series provided a fitting greeting for the current climate.

Would like to thank @dirilisertu #Ertugrul for showing the world a #coronavirus friendly greeting. pic.twitter.com/OJxFtkhaDd

The irony of countries in the West cutting back on physical interactions was not lost on some.

Amid the stressful ordeal of the outbreak, singing and dancing has brought much needed relief to many.

In Iran, doctors and nurses danced to keeping their spirits up.

Doctors, nurses and health workers in #Iran are risking their lives to fight #Coronavirus in a shortage of resources and equipment, but they are not losing their spirit. pic.twitter.com/LschWEQX2J

Meanwhile in Algeria, a well-known influencer created a coronavirus remix of a popular song, after being denied entry into Saudi Arabia to perform Umrah with his family.

Likewise in Egypt, a mahraganat song - a form of music which was recently banned in the country - took on the topic of the virus. Covid-19
Egypt's government criticised for lack of transparency regarding coronavirus