The West Bank was set to remain under lockdown until 5 June, but with fewer Covid-19 cases recorded in recent weeks, restrictions were lifted early 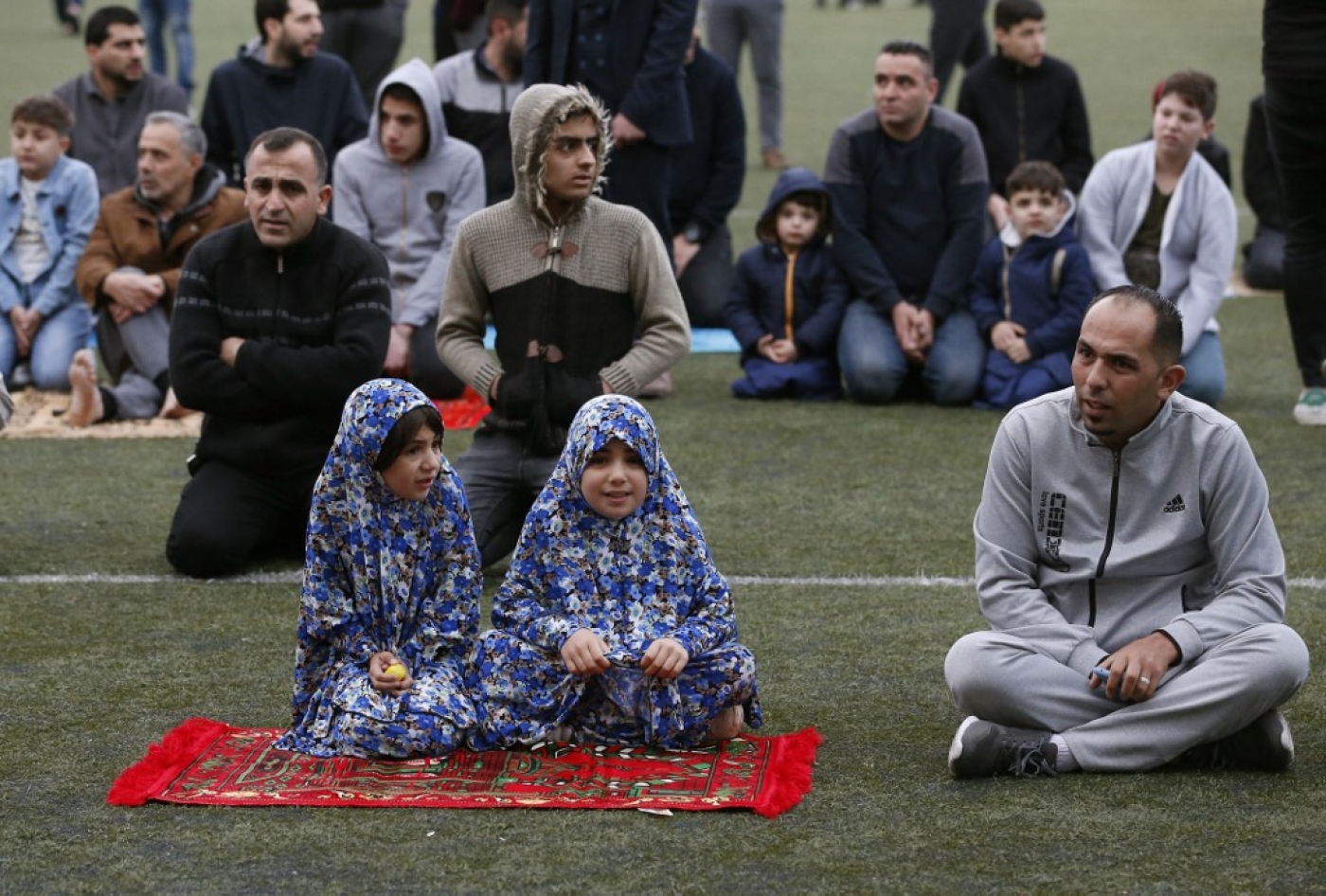 Muslim worshippers take part in the Eid al-Fitr holiday prayer at an outdoor football stadium in Hebron on 24 May, days before restrictions are set to be lifted (AFP/File photo)
By
MEE and agencies Mosques, churches and businesses will be allowed to reopen after two months of lockdown in the West Bank, which began after the first case of the novel coronavirus was confirmed in the city of Bethlehem in March.

"The easing in the measures and gradual return to normal life is being taken with caution," Shtayyeh said on Monday.

The prime minister stressed that while infection rates have slowed, allowing for an easing of restrictions, social distancing measures will remain in place.

Shtayyeh also warned that an increase in cases could lead to restrictions being reinstated.

The reopening of houses of worship, shops and factories on Tuesday will coincide with the last day of the Eid al-Fitr holiday marking the end of the Muslim holy month of Ramadan.

Shtayyeh said that government ministries and offices would reopen on Wednesday and that checkpoints set up to limit traffic between West Bank cities would be removed.

Public transportation and parks will also reopen, as will cafes and restaurants, which will be subject to restrictions that Shtayyeh said would be announced in the coming days.

The lockdown in the West Bank had been due to remain in place until 5 June, but was ended early with few new cases recorded in recent weeks.

The Palestinian Health Ministry has confirmed 423 documented cases of Covid-19 in the occupied West Bank and two deaths.

The health crisis has led to a 50 percent fall in commercial revenues, in a blow to an already ailing economy in which unemployment stands at 17.6 percent, local officials said.

The easing of measures began several weeks ago in the Hamas-controlled Gaza Strip, which has recorded 54 coronavirus cases and one death.