Coronavirus to plunge 14 million into poverty in Arab world: UN

Number of impoverished people in region may increase to 115 million, quarter of the total Arab population The coronavirus pandemic may push more than 14 million people in the Arab world into poverty, and is likely to compound the effects of armed conflicts in the region, a UN report warned.

The UN's Economic and Social Commission for Western Asia said in a report on Thursday that the economic fallout from the pandemic and low oil prices could see Middle East economies contract by 5.7 percent this year.

While dire, the UN's report painted a slightly improved picture when compared with predictions made by the International Monetary Fund (IMF) in April. At the time, the IMF said that the pandemic and low oil prices would likely end up shaving $323bn - more than double the UN's prediction - from the Arab world's economies. The bulk of that loss, $259bn, was expected to come from the energy-dependent Gulf states.

Still, according to the UN, a staggering 14.3 million people are expected to be pushed into poverty this year, increasing impoverished people in the region to 115 million - a quarter of the total Arab population.

"The impacts of these shocks will be felt by all countries and communities in the region, with some groups likely to be especially hard hit," the report said.

More than 55 million people in the Middle East relied on humanitarian aid before the Covid-19 crisis, including 26 million who were forcibly displaced.

The commission said it expects the economies of some countries to shrink by as much as 12 percent, with the overall regional loss about $152bn. The value of the Arab stock market has dropped by 23 percent, "depriving the region of capital that could otherwise be invested in the recovery phase", the report said.

Most Middle Eastern countries moved quickly to contain the pandemic in March, in many cases imposing strict measures, including weeks-long stay-at-home orders and city-wide blockades to curb the spread.

Saudi Arabia, Turkey, Palestine and others also shut down some of the most famous places of worship in the region, such as the Great Mosque of Mecca, the holiest site in Islam, as well as Turkey's Blue Mosque and Bethlehem's Church of the Nativity. 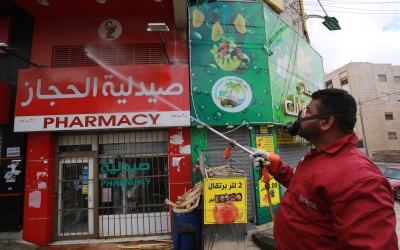 Strict measures helped countries gain control over the virus, with the region's death rate - about 17.6 deaths per 1,000 cases - less than half of the global average of 42.6 deaths, the UN said.

Still, the restrictions have taken an economic toll. As the region dives into phases of re-opening, some struggling countries - including Lebanon, Iraq and Palestine - have reported a resurgence of the virus.

Middle-income countries such as Jordan and Egypt, which heavily rely on tourism, are feeling the economic strain, as the pandemic shows no sign of slowing enough to encourage normal travel.

So far, war-torn Libya and Syria have managed to keep coronavirus cases low, but humanitarian workers fear that an outbreak such as the one in Yemen would take a severe toll of human life.

Yemen, still embroiled in civil war that has raged for five years, fuelled by foreign powers, is being heavily hit by the virus, which is running rampant in the government-controlled South. A severe outbreak is also suspected in the North, where rebels continue to conceal its toll.

In May, a UN refugee agency said its work in Yemen was approaching a "potential breaking point" because of the virus, reporting that increasing numbers of families were resorting to begging, child labour and the marrying of children.

"We need to invest in survival, survival of people and survival of businesses," she said. 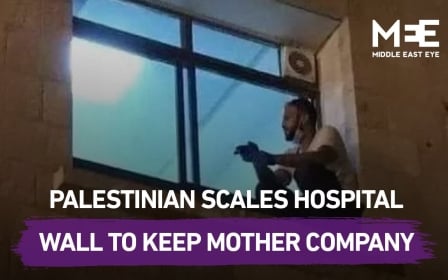 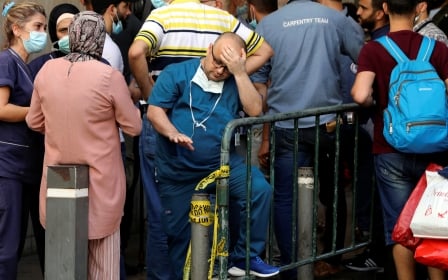