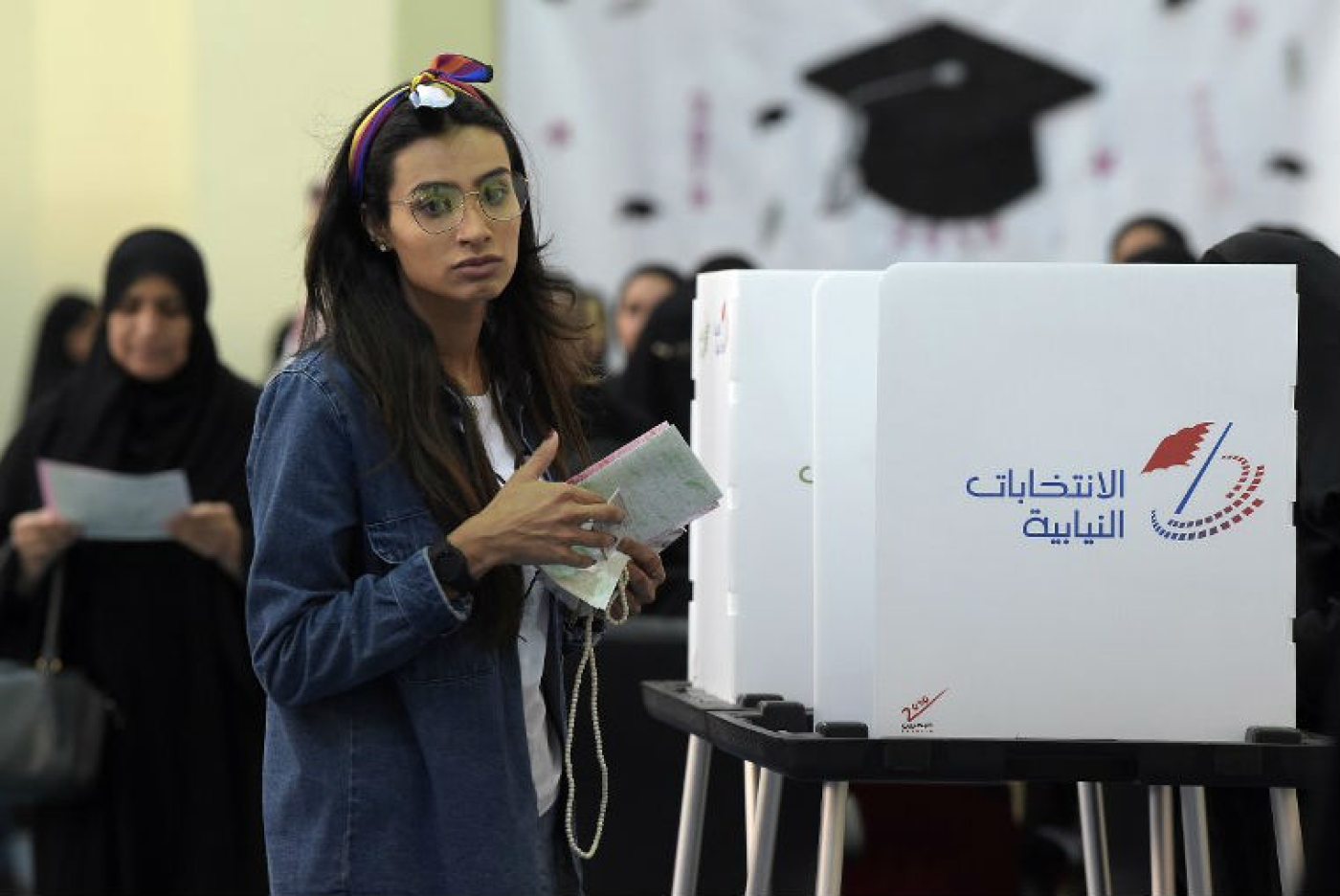 The polls have closed in Bahrain and counting is underway, after a parliamentary election from which opposition groups have been barred in a crackdown on dissent in the tiny Sunni-led, Western-allied kingdom.

The country's two main opposition groups, the Shia al-Wefaq and secular Waad, called for a boycott of Saturday's elections.

While the government says the vote is democratic, the opposition and other activists have called the elections a "farce".

Officials said 506 candidates were running in the election, including 137 people running for local city councils and the highest ever number of female candidates.

But al-Wefaq criticised the government's figures on Saturday, saying in a tweet that there was a "wide boycott" and accusing the Bahraini authorities of "forcing" people to vote.

Preliminary election results are expected to be released on Sunday.

'You simply cannot crush, torture and imprison your entire opposition, call for a pseudo-election, and then demand the respect of the international community'

Only 23, out of 40 incumbents of the House of Representatives, are seeking re-election this year to parliament, which has limited powers.

Bahrain has closed down the main opposition groups, barred their members from running in elections and prosecuted scores of people, many described by human rights groups as activists, in mass trials.

"You simply cannot crush, torture and imprison your entire opposition, call for a pseudo-election, and then demand the respect of the international community."

Seven years of crackdown on dissent

The ruling al-Khalifa family has kept a tough crackdown on dissent since the opposition staged a failed uprising in 2011.

Saudi Arabia sent in troops to help crush unrest seven years ago, in a mark of concern that any power-sharing concession by Bahrain could inspire Saudi Arabia's own Shia minority.

Riyadh regards the neighbouring island nation, which is home to the US Navy's Fifth Fleet and a British military base, as a critical ally in its proxy wars with Iran in the Middle East.

The kingdom's interior ministry called on Bahrainis to disregard rumours and seek "trusted sources" for information.

"Text messages saying your name has been removed and calling on you not to vote are false," the ministry said in a Twitter post.

Many Shias in Bahrain, which does not possess vast oil wealth like other Gulf states, say they are deprived of jobs and government services and treated as second-class citizens in the country of 1.5 million.

The authorities deny the allegations and accuse Iran of fostering unrest that has seen demonstrators clash with security forces, who have been targeted by several bomb attacks. Tehran denies the allegations.

Human Rights Watch said in a statement that Manama is failing to create conditions necessary for a free election by "jailing or silencing people who challenge the ruling family" and banning all opposition parties.

A leader of al-Wefaq said the rise of Saudi Crown Prince Mohammed bin Salman has emboldened Bahrain's authorities in their crackdown, which has included stripping scores of activists of their nationality.

"They couldn't go ahead with all the crackdown without the strong backing of the Saudi government. Mohammed bin Salman listens only to hardliners in Bahrain's ruling family," Ali al-Aswad, who lives in self-exile in London and has been sentenced in absentia to life in prison, told Reuters news agency.

Government opponents say the space for political expression has been shrinking in the lead up to the election.

"No-one is barred from expressing their political views," said a government spokeswomen.

"Bahrain is home to 16 political societies, the majority of which have put forward candidates for the upcoming elections, and the government fully supports open and inclusive political dialogue.”

Some candidates have taken to social media to urge Bahrainis to vote as a patriotic duty.

"Those who don't participate will not be part of the national consensus or equation in Bahrain," said Ali Al Aradi, deputy president of Bahrain's House of Representatives.

Some opposition figures hope the outcry over the murder of prominent Saudi journalist Jamal Khashoggi in Riyadh's consulate in Istanbul last month could help strengthen more moderate voices in the region, including members of Bahrain's royal family who are open to dialogue with the opposition.

The killing of Khashoggi, a critic of the Saudi crown prince, has drawn global condemnation and exposed Saudi Arabia's crackdown on dissent and its aggressive foreign policy.

"Now if there's a real accusation from the US against Mohammed bin Salman, radical wings in Bahrain which don't want to work with the opposition will be weakened," Aswad said.

But some analysts are skeptical.

"The killing of Khashoggi will simply serve to highlight that those wishing to highlight abuses face a much riskier task," said Marc Owen Jones of the Institute of Arab and Islamic Studies, University of Exeter.

"If anything it will have a chilling effect."