Visitors from Paris, New York City, London and Kabul say they are shocked at how desolate the city feels 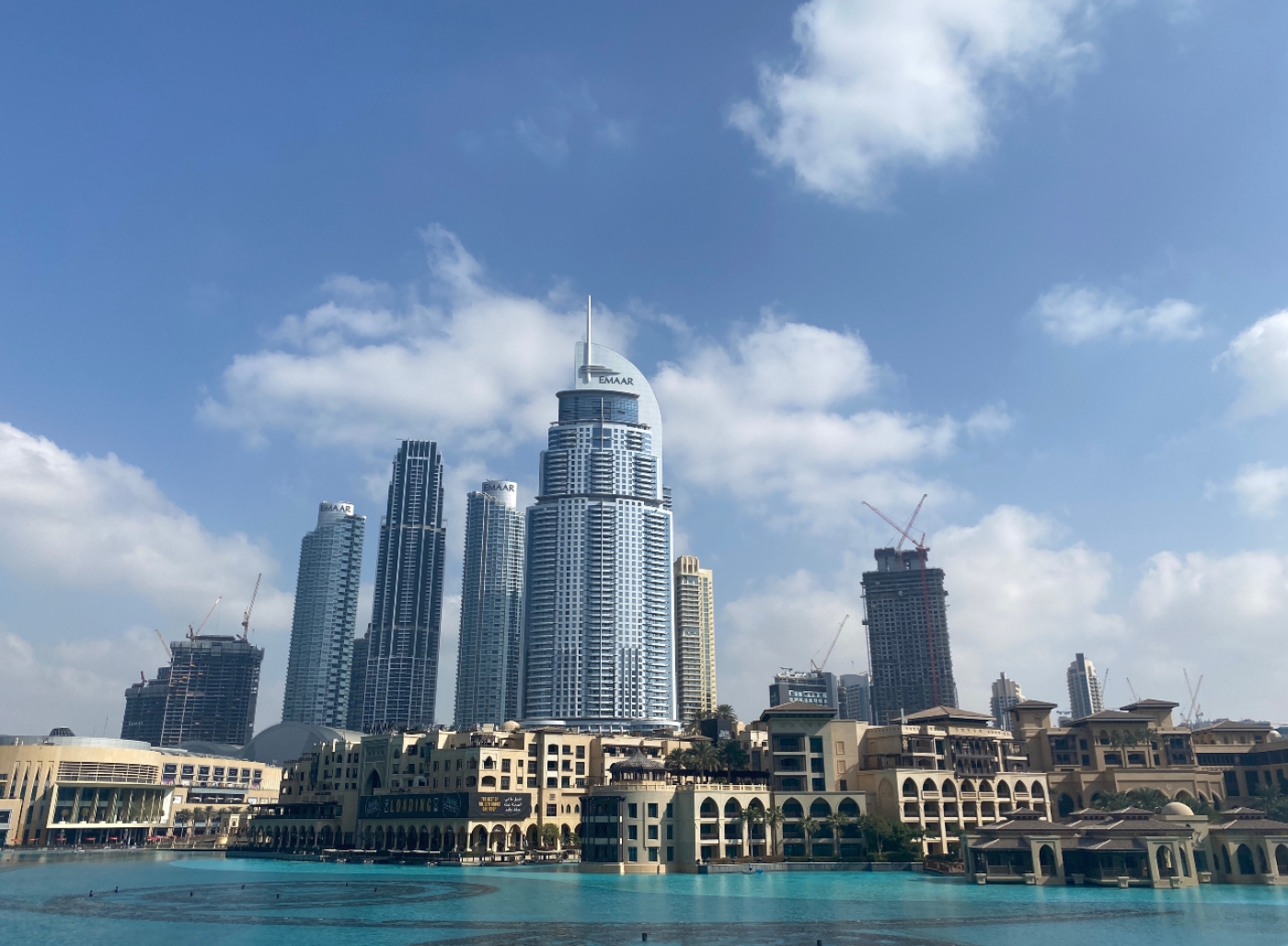 Curbs limiting Dubai's accessibility to visitors and restrictions on the use of dining, drinking, shopping and sports facilities have left the city with a distinct empty feeling (MEE)
By
MEE correspondent
in
Dubai

Dubai has ordered bars and pubs to close until the end of the month to suppress a spike in coronavirus cases, after tourists flocked to the emirate over the holiday period.

The closures, which went into effect on Tuesday, are among a raft of steps "taken in response to rising violations of preventive measures," authorities said in a statement.

Indoor venues, including cinemas and sports venues, will have their capacity cut by half. Dubai's vast shopping malls, as well as hotels, swimming pools and private beaches, must operate at 70 percent of capacity.

Restaurants and cafes are required to close by 1am.

The limits come at a time when the city would normally be brimming with tourists from countries in Europe and Asia looking to escape the winter cold.

However, global Covid-19 restrictions and the UAE's own visa bans on residents of 13 mostly Muslim-majority countries had already rendered much of the city empty.

Visitors from Paris, New York City, London and Kabul told Middle East Eye they were shocked by how desolate the city felt.

Even the biannual Dubai Shopping Festival, which sees even high-end luxury brands offering notable discounts, seems to have done little to pique interest.

'No one is there anymore'

Solaiman, a frequent visitor from Washington, said he was surprised by how easily he could walk through the areas around Downtown Dubai, the Palace Hotel and the Burj Khalifa Fountains.

"No one is there anymore," he said. "There used to be a time when no matter what time of day you were by the fountains you had to walk through a crush of people. Now it just looks abandoned."

However, the 25-year-old did say there was one advantage to the lack of traffic: "Now you can take a picture from anywhere without dozens of people getting in the way."

Inside Dubai Mall, high-end luxury stores have red-lettered signs stating exactly how many people can be in the store at a given time.

The numbers range from a couple of dozen in DSquared to almost 100 at Gucci.

Even with the limits, some stores have had to make customers wait outside until the crowds die down. Such was the case outside Louis Vuitton last Thursday evening.

One worker, at a high-end technology store, said they were operating with a fraction of the usual staff and that the appointment system they have implemented has turned the store's managers into "screaming posts" for annoyed and irate customers.

However, some eateries have been accused of trying to skirt the line between what is considered a restaurant - where up to seven people, down from 10, can sit together - and a cafe, where the limit is four people. 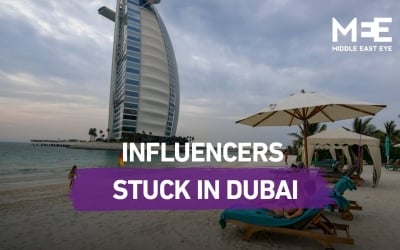 At some shisha bars, groups of friends were seen going from one table to another as a way of getting around the limit.

Additionally, private gatherings held at a private residence or hotel have been capped at 10 people who qualify as "first-degree relatives".

Other visitors, however, are pleased by how the lack of travellers is affecting prices.

Jennifer, a media worker from New York, said she was pleased by how "cheap" it is currently to visit Dubai.

"The hotels are so affordable right now, it's really the perfect time to be here," she said, taking puffs from a shisha on the rooftop of a downtown hotel.

At a desert safari service, staff tried to instruct customers to socially distance and wear protective masks, but to no avail.

"Customers are asked to respect social distancing guidelines and wear masks," an announcement could be heard, while diners sat at tables far exceeding the four- to seven-person limit.

Etienne, a retail worker from Paris, scoffed at the announcement, saying: "I don't believe masks work, no one has proved it to me yet. It's so stupid."

He made the comment after arriving at the camp in a Land Cruiser with five other people, including the driver, which again was far beyond the two-person limit for most vehicles in the city itself.

Rather than shutting down foreign tourism yet again, the city is taking steps to mitigate against the spread of Covid-19 from newly arrived visitors.

Upon arrival at Dubai International, travellers are required to take a PCR test at the airport before collecting their baggage and heading to customs.

Additionally, at-home PCR tests have become much more prevalent. For people who do not want to wait possibly hours in line at hospitals for the test, they can now pay anywhere from 200 to 350 dirhams ($55 to $95) for health workers to come to their home or hotel and administer the test.

Operators of the service make a profit, generally between  $13.50 and $27, with the requirement for anyone flying out of Dubai International to have printed proof of a negative diagnosis keeping them very busy.

One source at such a service said they conduct at least "50 or 60 tests" a day.

Emirates Airlines is also doing its part to make testing easier, launching a mobile app that they say will cut testing costs to $35 at authorised labs and allow for "seamless" travel.

Meanwhile, in response to reports that some establishments are being too lax with limits, Dubai police have asked residents to call officers and immediately report any Covid-19 violations. In January, police issued more than 400 fines to mall-goers across five shopping centres who were violating face-mask requirements.

However, the steps may not be enough. Last week, the UK, which itself has become the base for a new strand of the coronavirus, placed the Emirates (along with Burundi and Rwanda) on a red list of countries from which travel to the UK is banned, citing fears of a strain from South Africa.

On Monday, the UAE recorded 2,730 new positive daily cases, which was down from nearly 4,000 a day registered through the last week of January.