President Recep Tayyip Erdogan says nationwide closure, which will start Thursday and last until 17 May, is necessary to avoid 'heavy costs' Total daily Covid-19 cases in Turkey dropped to just over 37,000 on Monday (AFP)
By
MEE and agencies

Turkish President Tayyip Erdogan announced a nationwide "closure" on Monday that will last from Thursday until 17 May, in a bid to halt surging Covid-19 cases and deaths.

Speaking after a cabinet meeting, Erdogan said all intercity travel would require official approval, all schools would be shut, with lessons moved online, and a strict capacity limit would be imposed for users of public transport.

Turks will have to stay indoors except for essential shopping trips and urgent medical treatment. Certain groups including emergency service workers and employees in the food and manufacturing sectors will be exempt.

Daily case numbers needed to fall below 5,000 by the end of the Islamic holy month of Ramadan, Erdogan added. Covid-19 in Turkey: Where did it go wrong?
Read More »

"At a time when Europe is entering a phase of reopening, we need to rapidly cut our case numbers to below 5,000 not to be left behind. Otherwise, we will inevitably face heavy costs in every area, from tourism to trade and education," Erdogan said.

Total daily cases peaked above 63,000 on 16 April before dropping sharply to just over 37,000 on Monday, while the daily death toll has remained above 300 for the past week.

Ankara's official death toll from the virus is 38,711.

Turkey has carried out more than 21 million vaccine inoculations, with some 13.34 million people having received a first dose since it began the nationwide rollout of Covid-19 shots on 14 January, the latest health ministry data shows.

Out of the country's 81 provinces, more than 50 are designated as "red" or "very high-risk" zones, including the largest city, Istanbul, and the national capital, Ankara.

The latest announcement in Covid-19 restrictions comes a month after the reopening of schools and restaurants due to a drop in infection rates.

Despite taking swift and early action to combat the spread of the virus, Turkey's response to the pandemic has seen another major surge in cases this month.

Last week, the country's health ministry reported that the number of active infections among working-age people, 551,000, is equivalent to about one percent of that population sector, 57 million. 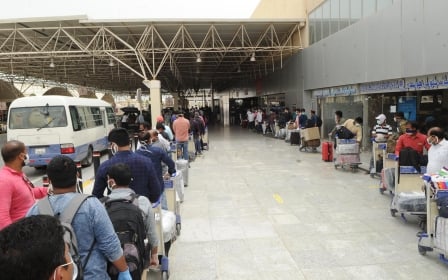 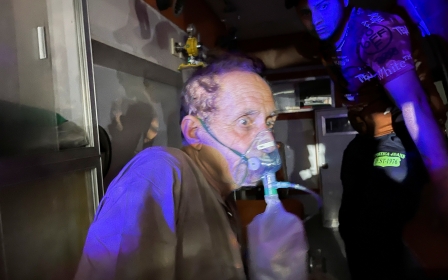 Inside Iraq
'A crime': Fire at Covid-19 hospital in Iraq kills at least 82