Crispin Blunt: UK has a 'duty' to back reforms despite fears over Khashoggi crisis, war in Yemen 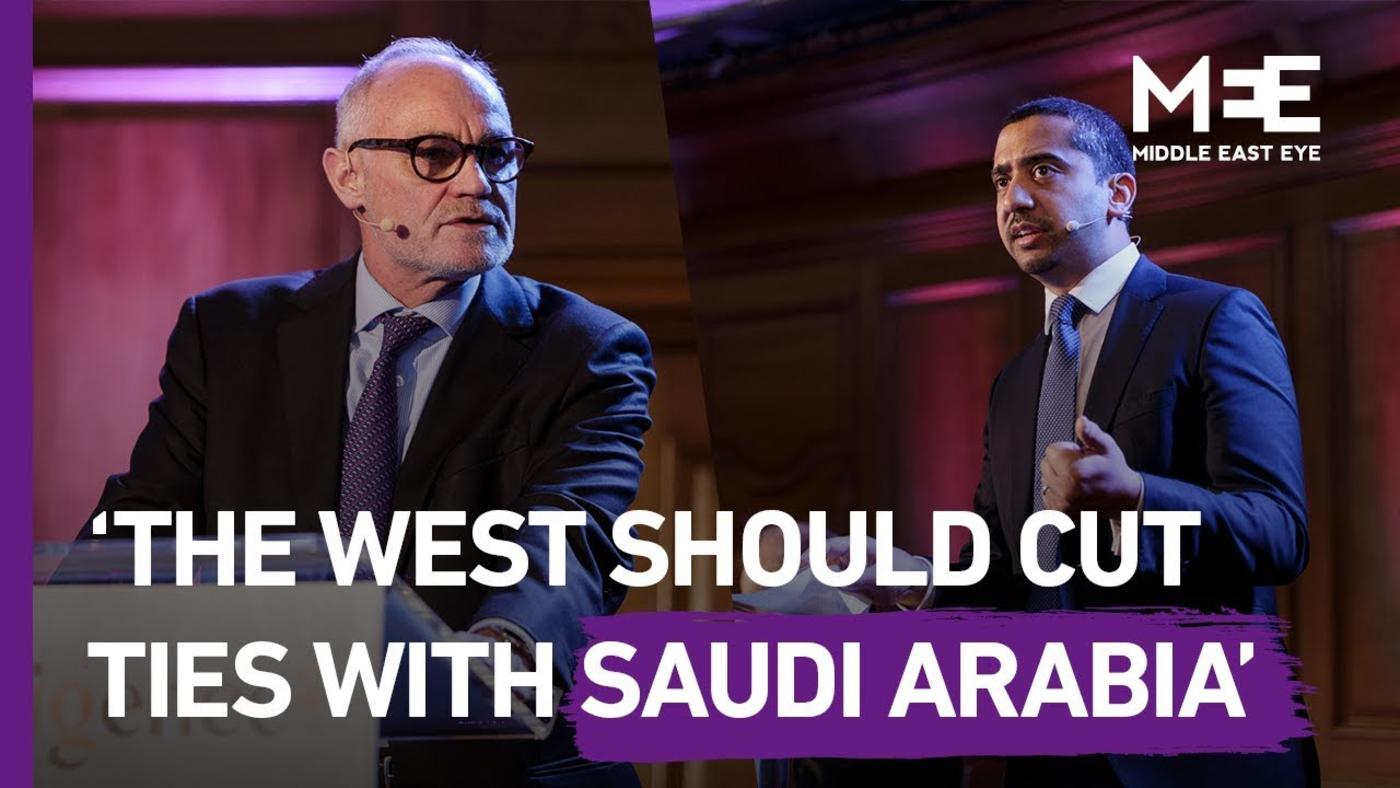 By
Osha Mahmoud
in
London

The UK has a "duty to help" Saudi Arabia by using its levers of influence to encourage reform in the kingdom, a British member of parliament has said in the same week in which he co-authored a report which concluded that the treatment of detained Saudi women's rights activists could amount to torture.

Crispin Blunt, a Conservative MP and a former chair of parliament's foreign affairs select committee, told a debate in London on Tuesday that cutting ties with Riyadh would amount to "self-harm and harm to the cause of reform in Saudi Arabia".

Saudi Arabia is a major customer for British-made weapons but Riyadh is currently under intense international scrutiny over the murder of journalist Jamal Khashoggi in the Saudi consulate in Istanbul in October, as well as the ongoing war in Yemen, where the Saudi-led coalition is accused of conducting indiscriminate air strikes.

Arguing against the motion that the UK should cut ties with Saudi Arabia, Blunt told the Intelligence Squared-organised debate that he was a longstanding defender of arms sales to the kingdom.

But he said: “I’m incredibly disappointed by the series of events that lie behind tonight’s debate and the murder of Jamal Khashoggi provides the most gruesome backdrop.”

Blunt also cited Monday's report by the Detention Review Panel, which he chairs, that looked into the treatment of eight Saudi women arrested as part of a sweeping crackdown on political activists conducted by the country’s authorities in May last year. For how much longer can Saudi King Salman shield MBS?
Read More »

Last month the panel wrote to the Saudi ambassador in London asking to visit those detained in order to review the conditions in which they were being held, but did not receive a response from the embassy or Saudi officials.

The report, based on open source material, concluded that the women had been held in a way that was "cruel, inhumane and degrading" and that "Saudi authorities at the highest levels could be responsible for the crime of torture".

But Blunt argued that cutting ties completely with Saudi Arabia would be an act of self-harm to liberal democratic values because it would be seized on as an opportunity by authoritarian states Russia and China.

"As a liberal democracy we should do all in our power to prevent more authoritarian countries who place less value on the rule of law from becoming the dominant paradigm of the world,” said Blunt.

He added that the complete cutting of defence relations would be a “gift to increasing the values of China and Russia on the world stage".

Rasheed told MEE that she believes freedom of speech is needed in Saudi society so that the country’s citizens can discuss and determine their future rather than it being dictated and imposed on them by others.

The academic also described Saudi Arabia as a pressure cooker on the verge of implosion following the “so-called reforms of Crown Prince Mohammed bin Salman”, referring to a large number of Saudis applying to the UNHCR to seek asylum.

Rasheed was applauded when she told the audience how she had published her doctoral thesis on the history of Saudi Arabia despite being warned via her father that she would face "disciplinary action" if she did so.

Journalist and broadcaster Mehdi Hasan, also speaking in favour of the motion, likened the Saudi crown prince to a “reverse Midas", referencing the king in Greek mythology with the ability to turn objects he touched into gold, for whom instead "everything he touches turns to shit".

Hasan told MEE that the priority for the UK and the US should be stopping the war in Yemen, which escalated in 2015 following the intervention of the Saudi-led coalition.

“The UK and the US is complicit in the war in Yemen. As Bruce Riedel of the CIA has said, we could end the war tonight with one phone call to King Salman of Saudi Arabia because the Saudi Royal Air Force cannot operate without the support of the UK and the US.”

The UN estimates that 22 million Yemenis need some form of humanitarian assistance and that the war has pushed as many as 14 million to the brink of famine.

Hasan added: “To quote good old Noam Chomsky, I can only be responsible for what my government does and my government right now is enabling Saudi Arabia in Yemen. And that’s what I want to stop.”

The debate concluded with 63 percent of the audience voting in favour of the motion, 32 percent against and 5 percent undecided.