Aid agencies have recorded a steep increase in Syrian refugees crossing the Mediterranean this year, but don't know how many drown at sea 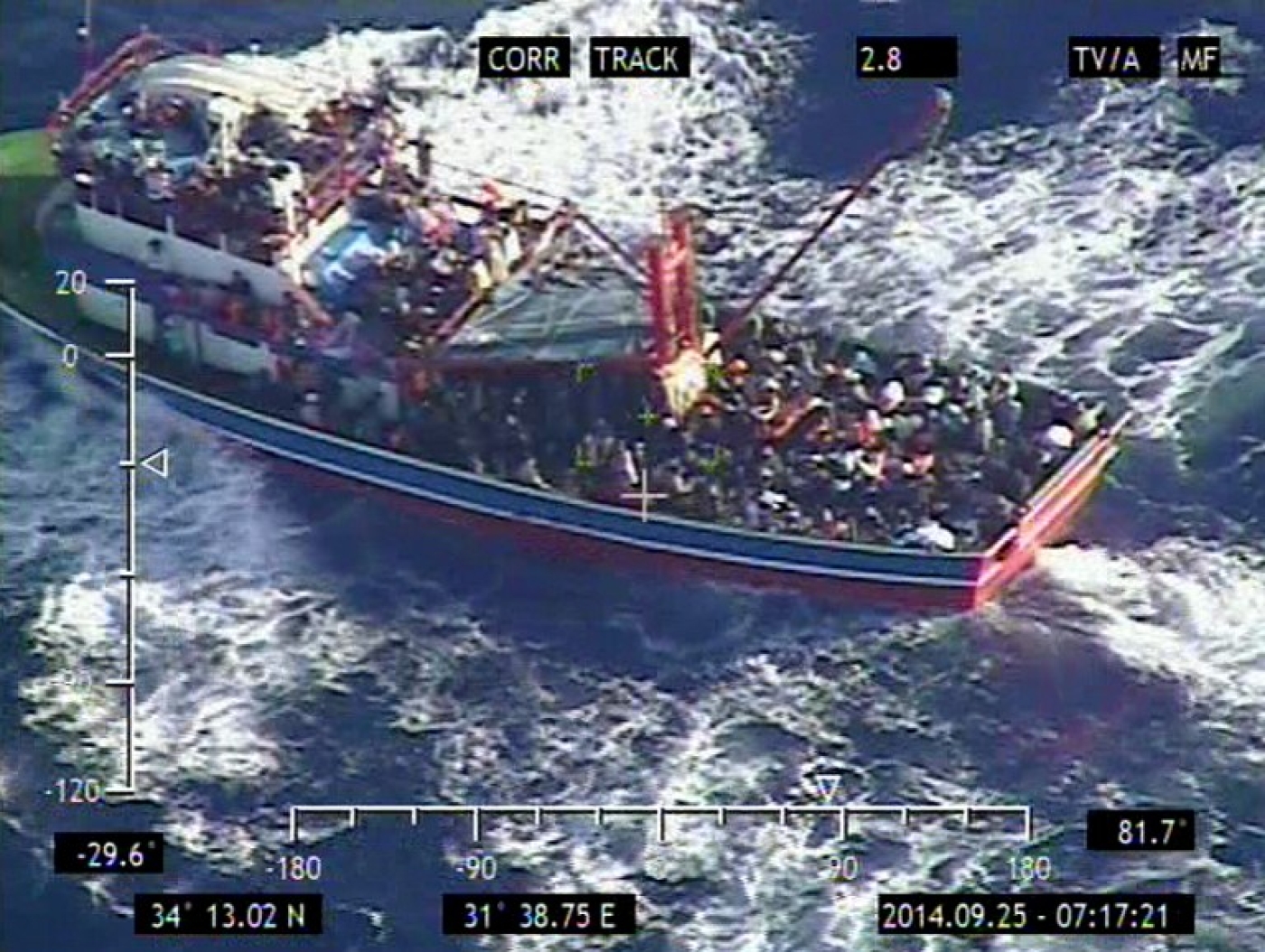 A cruise liner returning from Greece was pressed into action in rough seas off Cyprus Thursday to rescue 345 people thought to be Syrian refugees whose trawler had run into trouble.

The refugees, including dozens of children, were loaded aboard the Salamis Filoxenia cruise liner and were in "good health", according to George Ppouro, the harbour master in the Cypriot port of Limassol.

The defence ministry said 293 adults and 52 children had been on board and that the rescue operation had been "completed smoothly and without any injury".

This is the latest incident as an increasing number of Syrian refugees are attempting to cross the Mediterranean to what many believe will be a better life.

In the first seven months of 2014, more than 16,000 Syrians washed up in Italy, half of them men and nearly 5,000 of them children - and these are refugees whom aid agencies know about. It is impossible, they say, to know how many drown at sea.

These numbers are part of a steep upward trajectory: in all of 2013, Frontex, the agency responsible for the EU's external borders, counted just 9,591 Syrians crossing the Mediterranean to Italy and Malta.

The cruise liner was expected to dock at around 8:30 pm (1730 GMT) in Limassol, where the interior ministry said the migrants would be given health checks.

The liner had been en route from the Greek island of Syros to Limassol when it received a call to assist in the rescue operation.

The trawler sent out a distress signal at 6:25 am (0325 GMT) when it was about 50 nautical miles southwest of the tourist hub of Paphos, the Cypriot government said.

The defence ministry had first said around 300 people, mostly women and children, were on board and needed rescue "because of bad weather conditions in the area".

"The ship probably comes from Syria with civilian refugees," a statement added.

State radio said two police patrol boats had been dispatched and the cruise liner diverted after a warning that the boat was in danger of sinking.

The director of Limassol General Hospital, Chrysostomos Andronikou, said medical teams would be at the port to receive the migrants and to hospitalise any needing treatment.

The interior ministry said the migrants would be bused to the Pournara army camp in the small town of Kokkinotrimithia, about 10 kilometres (six miles) west of the capital Nicosia.

In August 2012, seven Syrians, including two children, drowned when the boat they were sailing to Cyprus to escape the conflict in their homeland sank off the island's northern coast.