A Daesh fighter walks into a bar: Twitterati use humour to combat IS A scene from Happy Valentine, a film created by four Syrian refugees to mock IS (YouTube)
By
Glen Johnson

ISTANBUL - So an Islamic State group supporter once took to Twitter to warn that Kurdish fighters were deploying cats in combat across northern Syria and Iraq.

“They make them approach the mujahedeen,” the Twitter user wrote. “The sound of the cats is used to distract the mujahedeen while they advance.”

As Islamic State, also referred to by the Arabic acronym Daesh, spreads its bloody brand of chaos, a profusion of Twitter parody accounts are punching back, subverting IS's carefully crafted image into one of absurdity.

In doing so, humour and spoof have become tools – so-called “narrative IEDs” – to combat the terror group’s knack for projecting menace. But the source material is as bleak as it gets.

“This Ramadan, Daesh limits beheading to two times per day and sex slaves to one per mujahid,” tweeted Abu-Bakr al-Rolexi, a parody account referring to the Islamic State leader, Abu Bakr al-Baghdadi, and his preference for luxury Swiss watches. “Ramadan Kareem! Caliph wishes you a pious Ramadan xo.”

#Baghdadi's Choice - from #OMEGA .... available at all #ISIS-Stores in #Syria and #Iraq. cc: @SultanAlQassemi pic.twitter.com/2QnkSyvbru

Many of the accounts seek to portray Islamic State fighters as buffoons and clowns, undermining their purported Islamic credentials and aura of invincibility.

“This mujahid acted in Lord of the Rings. Saruman’s main Orc,” the ersatz Islamic State Media tweeted to its 25,000 followers, providing a photograph of a dead extremist – killed by Kurdish fighters from the Peoples' Protection Units, or YPG – whose face was putrefying. “YPG are enemies of culture and art.”

Such messages most likely aim to appropriate the Islamic State’s ownership of fear while riffing off the group’s reputation for destroying cultural heritage sites. Ultimately, the subtext is that the group is hypocritical.

Others border on the deadly serious. One photograph depicted starving Syrians waiting in long queues for handouts from the militants, while bearded and grinning fighters sat before an opulent meal.

The tweet accompanying that image read: “Fucking starving Syrian kids can’t take away our Ramadan fun al-hamdulillah! Brothers having a feast in Raqqa.”

Ridicule and parody have a long history in war. However, their efficacy is contentious.

“Just as an off-colour joke can offend your co-workers or sour a personal relationship, humour has the potential to be divisive and motivating in ways that are detrimental to larger policy goals,” according to a paper – Rhetorical Charms: The Promise and Pitfalls of Humour and Ridicule as Strategies to Counter Extremist Narratives – published in the Terrorism Research Initiative’s online journal.

“The creation and dissemination of an image that ridicules a terrorist’s masculinity is like dropping a playful clown face balloon that masks an explosive device into a bar fight… there will be collateral damage.”

It is unclear who runs the Islamic State parody accounts. Responding to an initial interview request, Abu Bakr al-Rolexi, sticking to role play, said that, “You flatter this Caliph, ya Sheikh” and referred to this reporter as "Zindiq" - someone who pretends to hold Islamic beliefs.

Many of the satirists are fluent in Arabic and Kurdish and are probably activists from the Kurdish diaspora. They appear to have an understanding of both Islamic scripture and the region’s history, coupled with the ability to link Middle Eastern developments to broader global themes and pop culture trends, maximizing reach.

Another, as Game of Thrones most recent series closed out, tweeted: “After killing of kaffir Jon Snow #ISIS declares wilayat north-Westeros.”

With Syria’s civil war set to grind on, the battle over narrative – employing a searing, dark humour – will continue.

As Umma Jihad al-Kanadi’s Twitter bio reads: “Being feared is nothing. Being despised, even, can be lived with. But being laughed at – that’s fatal.” 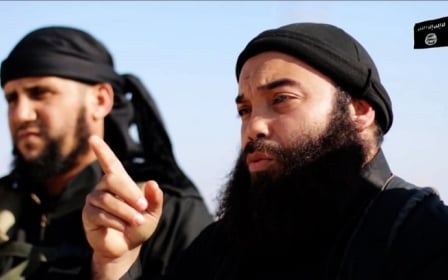