Protests in Copenhagen and Aarhus, with guidance for police suggesting that women who flout law should be arrested 'gently and considerately' 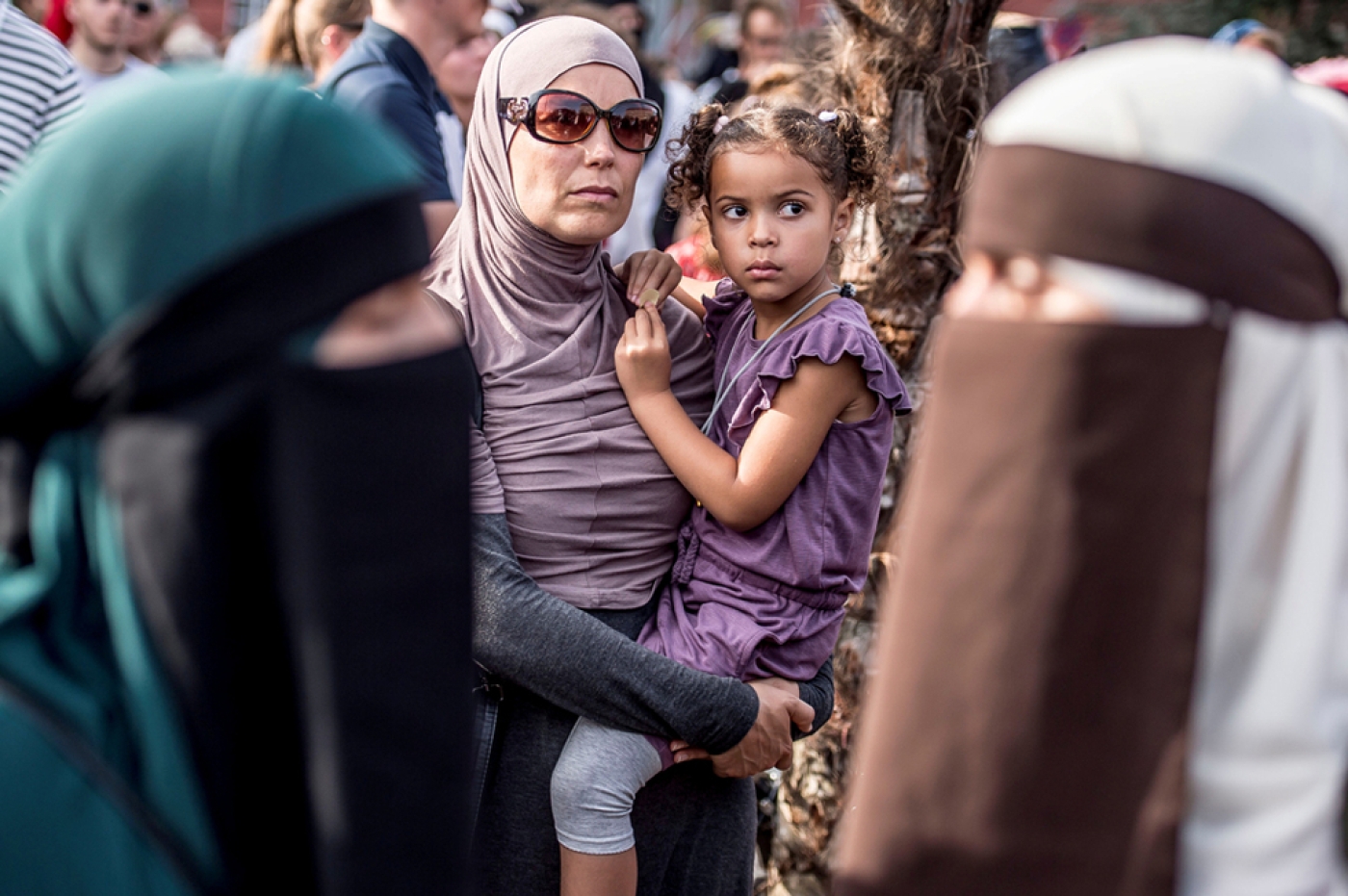 Women who wear the niqab in Denmark have vowed to defy a new law banning the face veil which came into force on Wednesday.

Campaign group Kvinde I Dialog (Women In Dialogue) and opponents of the ban held demonstrations in Copenhagen and Aarhus in opposition to a law that it says criminalises Muslim women and legalises Islamophobia.

The niqab is a head scarf that covers all of a woman’s face except for her eyes and is worn by a small minority of Muslim women in Denmark.

“On the day the face-covering law comes into force, we will break it!” the group said in a Facebook post calling on people to join the protest in Aarhus, Denmark’s second city and home to a sizeable Muslim minority.

Some protesters wore Venetian-style masquerade masks and other headwear in solidarity with the women.

The group said on Twitter that more than 2,000 people had attended the demonstration in Copenhagen.

In a statement to Middle East Eye, the group said it would “refuse to stand silent in the face of oppression”.

“From this day the Danish government has chosen to criminalise innocent women for practicing their religious beliefs. Women who have never caused any problems for Denmark, women who work, study and are contributing members of society. The Danish government has from today on legalised discrimination, oppression and Islamophobia,” the statement said.

The new law gives police the power to issue on-the-spot fines to people who cover their faces in public without a “recognisable purpose”, and to order them to remove the covering.

Guidance issued to police says that they can arrest someone for refusing to comply with the law if they consider it necessary, but that police should "proceed as gently and considerately as the situation allows".

"The justice minister has repeatedly emphasised that he does not want to see humiliating or degrading scenes in connection with the enforcement of the ban, and that he certainly does not expect the police to remove people's clothes," the guidance says.

In order to avoid breaching laws about religious freedom, the face covering law has been cast widely to potentially include false beards, balaclavas, masks and helmets.

The guidance says that the ban is "more specifically intended to promote and facilitate social interaction and co-existence".

Police should take into consideration the season and the weather conditions to determine whether someone might be wearing a face covering as protection against the cold, it also says.

But police officers have called for more detailed guidance, pointing out that the existing protocol does not clarify whether a Japanese tourist wearing a surgical mask covering their nose and mouth would be breaking the law.

One woman photographed by Reuters in Copenhagen on Wednesday said she would wear a hijab, covering her hair, and a surgical mask to attend the demonstration.

The law also applies to foreign visitors with some countries updating their travel advice to warn their citizens about the ban.

"As of 1 August, 2018, it will be illegal to cover your face in public places in Denmark. Failure to comply can lead to a fine," the Canadian government's website said.

"From 1 August 2018, it’s illegal in Denmark to wear in a public place any clothing that conceals the face," the British foreign office's website said. The website also advises visitors to Denmark not to get involved in drugs and not to import whale meat.

"The prohibition does not apply to a covering of the face that serves a legitimate purpose. The regulation is particularly directed against Muslim women's clothing, such as the burqa or niqab," Germany's Ministry of Foreign Affairs website advised.

Only about 150 women are estimated to wear the face veil in Denmark. But Muslim organisations say the law is part of a broader attack on Muslim culture, stoked by the country’s populist right, that is gradually encroaching on their religious freedom.

Last month, the Danish parliament passed the so-called “ghetto laws” targeting low-income and predominantly immigrant communities which now require all children to attend nurseries from the age of one to learn “Danish values”.

Other measures allowed courts to double sentences imposed for crimes committed in designated ghetto areas, and impose prison sentences on parents who take children on extended trips back to their countries of origin.

Critics of the law say they are primarily targeted at Muslim communities.

"A lot of this is about symbolic policies to show the Danish voters that they are strict on ethnic minorities and especially on Muslims," Michala Bendixen, who heads the Refugees Welcome Denmark advocacy group, told MEE last month.

"There's a certain kind of people that we really don't want in Denmark. Everyone agrees on that, more or less. People from the Middle East, people who are Muslims and people from most of Africa."

Denmark’s current coalition government is led by the right-wing Venstre party, but the country’s political climate in the past decade has been shaped by the rise of the far-right Danish People’s Party which won more than a fifth of votes in parliamentary elections in 2015.

“They are slicing away the freedom to practice your religion and these populist political parties are fanning the fire,” Imran Shah, a spokesperson for the Islamic Society of Denmark, told Middle East Eye.

“It is strange because on many levels in Denmark they would like to present themselves as the land of the liberals, but not when it comes to religion.”

Shah said the fact that the European Court of Human Rights had already upheld the legality of laws prohibiting the niqab in France and Belgium meant that campaigners in Denmark had little hope of overturning the ban.

"Five years ago we never would have imagined that a niqab ban would have been initiated. We are in a situation where the laws are changing very quickly if public opinion demands it, and that is a very sad thing because then there is no resistance to laws that are implemented to discriminate directly against a religious minority.”

The ban was also condemned on Wednesday by Amnesty International.

"“All women should be free to dress as they please and to wear clothing that expresses their identity or beliefs. This ban will have a particularly negative impact on Muslim women who choose to wear the niqab or burqa," said Fotis Filippou, the human rights campaign group's deputy director for Europe.

“Whilst some specific restrictions on the wearing of full face veils for the purposes of public safety may be legitimate, this blanket ban is neither necessary nor proportionate and violates women's rights to freedom of expression and religion.

“If the intention of this law was to protect women’s rights it fails abjectly. Instead, the law criminalizes women for their choice of clothing - making a mockery of the freedoms Denmark purports to uphold.” 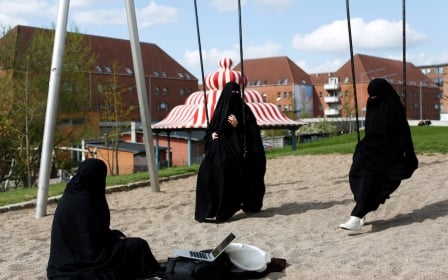 Migration
VIDEO: Children of migrants told they're not Danish