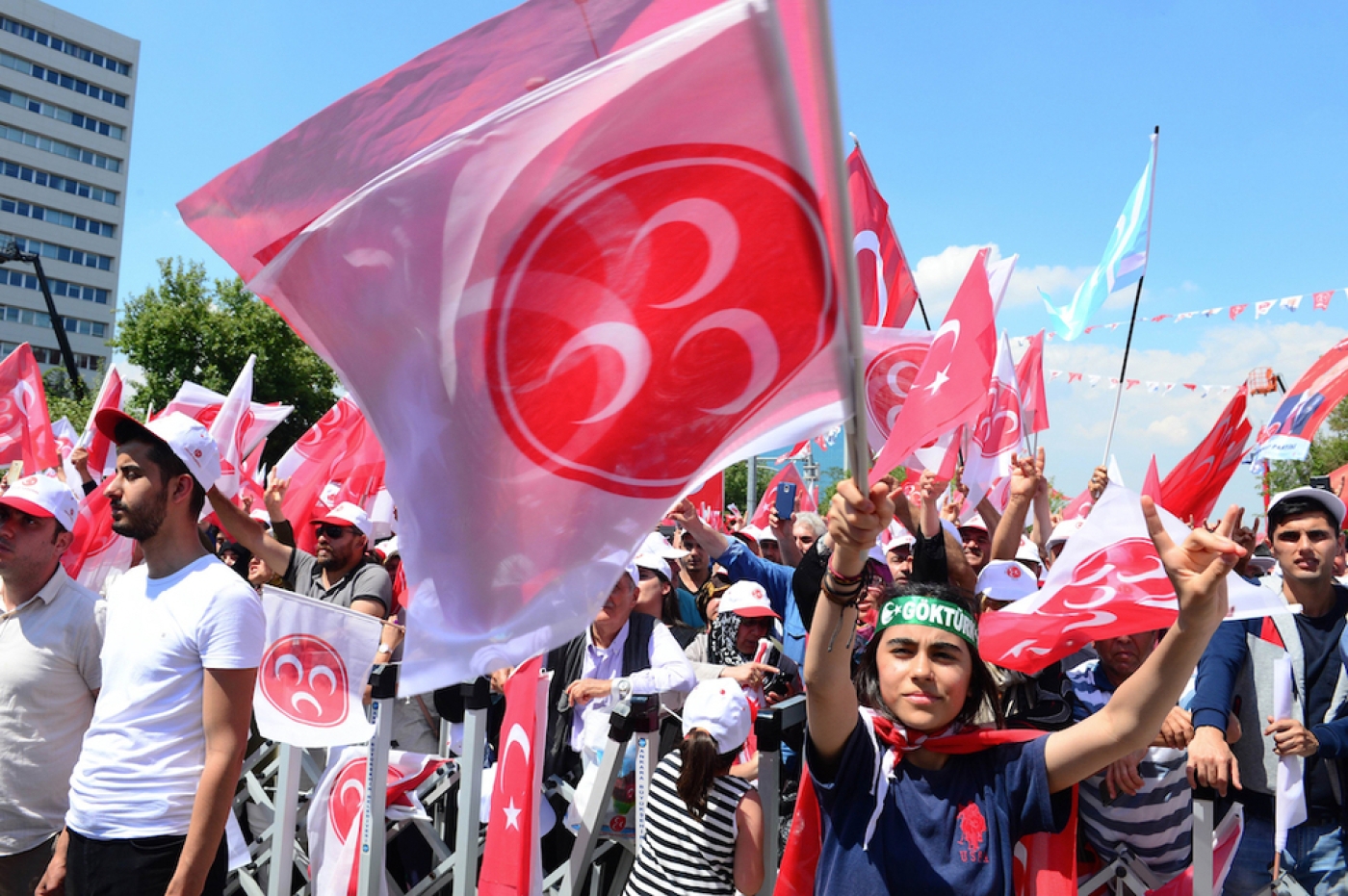 Turkish opposition hopes of a breakthrough were dashed on Sunday when Recep Tayyip Erdogan once again came out on top in parliamentary and presidential elections.

Despite repeated complaints that the playing field was uneven, opposition parties were - for once - optimistic that they could inflict at least a symbolic defeat against Erdogan and the Justice and Development Party (AKP).

But although the AKP lost its majority in parliament, Erdogan managed to win the presidential vote in the first round. The Republican People's Party (CHP) leader, Muharrem Ince, who had been feted as the most charismatic and effective opposition leader to challenge the incumbent in years, did not manage to achieve even as big a percentage of votes as the much derided 2014 candidate Ekmeleddin Ihsanoglu.

The AKP's loss of a majority in parliament was offset by the surprise success of the far-right Nationalist Movement Party (MHP), the AKP's electoral allies, who also backed Erdogan's presidential bid.

Despite doing very little campaigning, not having a presidential candidate of their own, fracturing last year - with a chunk of the party breaking off to form the Iyi Party - and the unpopularity of its leader Devlet Bahceli, the MHP managed to substantially increase its number of MPs.

Winning this election would be a herculean achievement. This was a David and Goliath fight and there is a reason why David is a prophet and not a human being

The party even managed to increase its vote share in the Kurdish-majority southeast despite its longstanding opposition to Kurdish rights.

“As a scholar, student and a participant in Turkish politics, there is not a single reasonable explanation I could find for the MHP’s showing,” Selim Sazak, a Turkish political analyst close to the CHP, told Middle East Eye.

One of the major changes instituted by the Turkish authorities in a new package of electoral laws passed early in the year was the ability for political parties to form electoral coalitions in order to bypass a required 10 percent threshold needed to enter parliament. At the time, observers assumed this was done in order to allow the MHP to form a coalition with the AKP and ensure the former could enter parliament despite polls showing a dismal result for the party.

In the end, however, the party actually upped its number of seats from 40 to 49 and secured 11.9 percent of the vote. Its success made up for the AKP's loss of a majority and ensured a pro-Erdogan majority in parliament.

“Be it some sort of irregularity or be it some entirely unexpected political phenomenon, it’s something that’s going to have all of us scratching our heads for a long time," said Sazak.

Though the MHP result surprised most, the party was far from magnanimous in victory and issued a "thank you" message listing the people (primarily journalists) who it accused of doubting them during the election, warning it would "never forget" what they had done:

On Tuesday, the MHP said that it opposed lifting the state of emergency that had been imposed following the July 2016 coup attempt, contradicting an earlier promise by Erdogan.

Although the parliament's power has been weakened by the establishment of Erdogan's executive presidency - which among other things gives him the power to establish or repeal states of emergency and hire and fire ministers - the support of MHP MPs is necessary to maintain a pro-Erdogan majority in the body.

As such, the MHP is likely to attempt to influence Erdogan's decision making - on Saturday, MHP leader Bahceli warned that his party's alliance with the AKP could collapse if the party repeated "past mistakes".

Historically, the MHP and AKP have major differences on the issue of Syrian refugees and negotiations with the Kurdistan Workers Party (PKK), although at least on the latter point there appears to be little appetite now for Erdogan to reopen the issue.

With regard to Syrian refugees, one analyst suggested that opposition to their remaining in Turkey could have been a factor in the MHP's result.

"I'm surprised not to be reading any analysis yet on the link between the electoral victory of Turkish nationalist MHP and the issue of Syrian refugees," wrote Mustafa Gurbuz, Middle East Fellow at the Arab Centre WDC.

"A potential post-election driving wedge between Erdogan and MHP is the future of 3.5 million Syrian refugees."

There are few who disagree that the other opposition parties had the odds stacked against them - an analysis by the Radio and Television Supreme Council (RTUK) released days before the election showed that the AKP and Erdogan received overwhelmingly greater coverage on the state broadcaster:

A report filed by Organisation for Security and Cooperation in Europe (OSCE) monitors on Monday warned that while there had been a "genuine choice" in the elections, the parties had not found it possible to compete on an "equal basis" and reported a "number of attacks and disruptions of campaign activities".

Activists and voters complained of repeated irregularities in the voting process, including mass ballot casting, the arrest of observers and violence. While Ince conceded the election, he also stated that "fraud" had taken place in some areas.

Nevertheless, argued Sazak, there were "unforced errors" on the opposition side and considering what they were up against, the margin for error was "inhumanely small".

Recriminations had already begun in the CHP camp on Monday. Ali Tirali, a board member of the left-wing Foundation for Social Democracy platform in the party, said that the party's shambolic organising on the day of the election had frustrated activists, as both Ince and party leader Kemal Kilicdaroglu were absent following the election results.

"I see anger against the party’s central committee," he told MEE. "Since election night, party members are a bit demotivated, because there is a common resentment that the party did not or could not organise on the election night."

The CHP has long been riven by tensions between its older more nationalist wing and its centre-left social democratic wing. In the wake of another election defeat, the latter wing appears to now see themselves in the ascendant, arguing that the major success of Ince's campaign was in reaching out to Kurds and religious communities, something they long advocated.

Left-wing CHP members have voiced particular anger over the election lists selected by the party - party members complained in May that the candidates selected to stand had predominantly come from the right wing of the party, closer to Kilicdaroglu than from the left wing, closer to Ince.

Tirali suggested that centre-right leaning voters had effectively jumped ship to Meral Aksener's Iyi Party, which managed to secure 7.17 percent of the vote.

He added that party members were not "pessimistic" because there was a feeling that Ince's campaign had managed to finally energise the party, but that there was also a great deal of resentment towards the leadership.

"I know in Ankara there are discussions about a possible change, but until today there is no sign of an extraordinary convention," said Tirali, referring to the meeting that needs to be held to issue a leadership challenge.

"But I am sure there will be one in the near future because I can say that every member of the CHP I spoke to in recent days found the party leadership very unsuccessful."

Following the election, Turkey is as split as ever - the new Turkish government, led by Erdogan and bolstered by the MHP, is likely to continue the blend of Sunni conservatism and Turkish nationalism that has been on display since the 2015 elections.

That leaves the Kurds, Alevis, secularists and leftists that comprise most of the rest of the country still looking for political leadership. And analysts have warned that, despite a brief stabilisation of the lira on Monday morning, Turkey is still edging towards an economic crisis.

Sazak said that, with all this in mind, the Turkish opposition needed to play the long game.

"Winning this election would be a herculean achievement. This was a David and Goliath fight and there is a reason why David is a prophet and not a human being," he explained.

“We cannot blame Ince for not being a superhuman - but at the end of the day there are millions of people who invested their hopes and their futures in this guy, and we will end up finding someone who’s going to do a better job being a custodian of those hopes and aspirations." 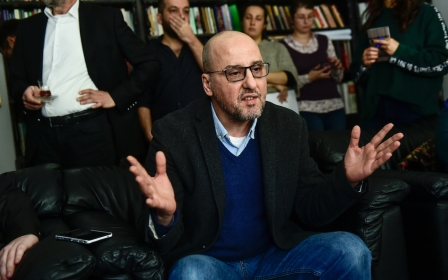