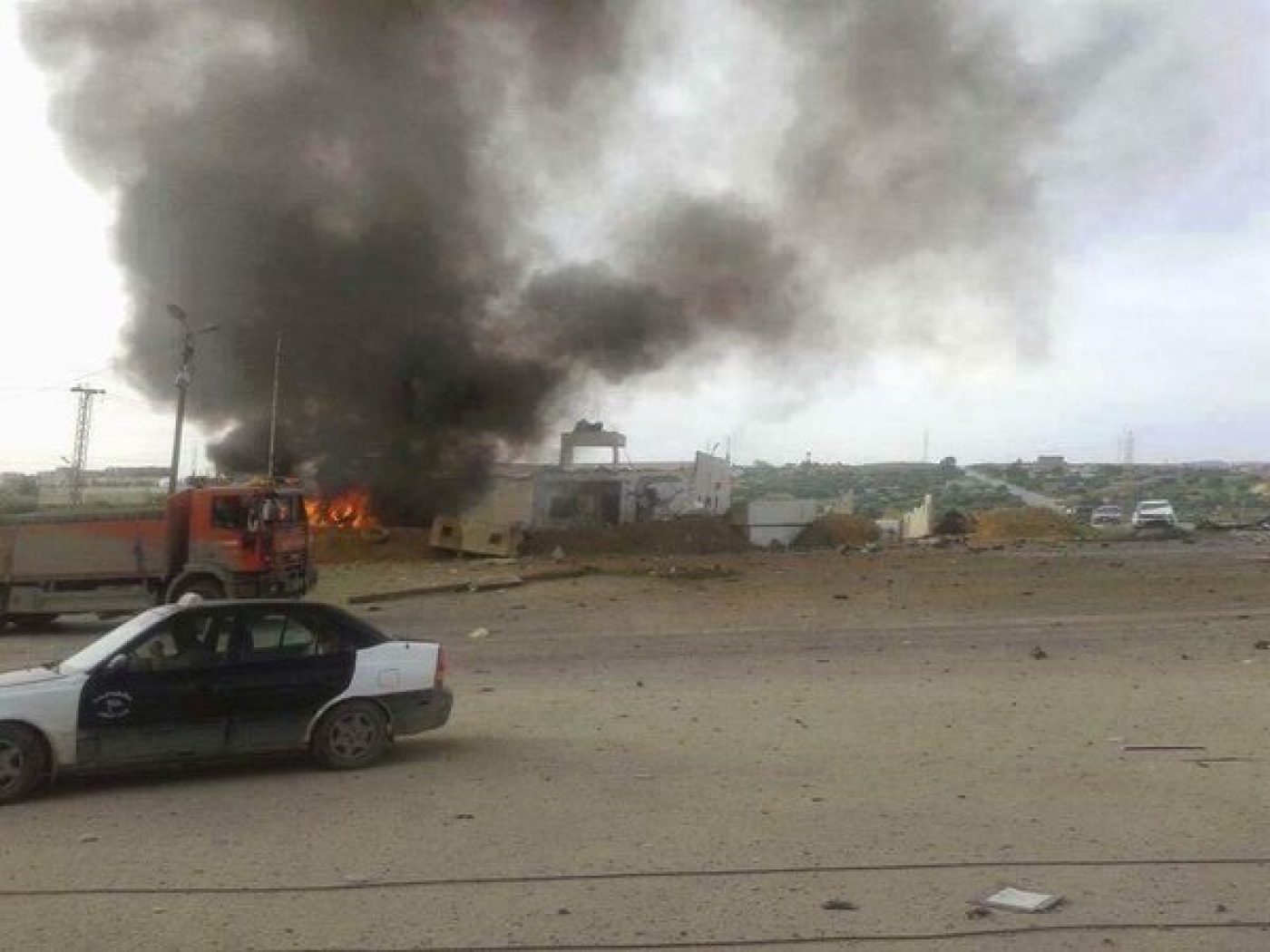 An image of the car bomb in Libya taken by locals near the city of Khoms (Twitter/@NadiaR_LY)
By
MEE staff
At least six civilians were killed and 14 wounded in a bomb attack on a Libyan security checkpoint on Tuesday near Khoms, east of the capital, a security official said.

Car explosion at a checkpoint in Missilata near the city of Khoms, 130 km east of #Tripoli. 5 reported killed #Libya pic.twitter.com/Yl3DHxMFzp

The attack, for which there was no immediate claim of responsibility, targeted a checkpoint manned by forces of Libya's western-based government at Msillata, near Khoms, 120 kilometres (75 miles) from Tripoli.
"The car bomb explosion left six dead and 14 wounded, all civilians," Safwan Bayou, commander of a unit in charge of security on the coastal road linking eastern and western Libya, told AFP.
An AFP photographer at the scene said the blast riped open a crater four metres (yards) across and three metres deep, destroying some 20 civilian and military vehicles.
Bayou said a team of experts was being sent to investigate the bombing.
Libya is in the midst of a civil war over control of Africa’s largest oil reserves, with two rival governments battling each other backed by numerous militias on each side. In the political vacuum the Islamic State group has risen to prominence, seizing control of territory in central and eastern areas of the country.