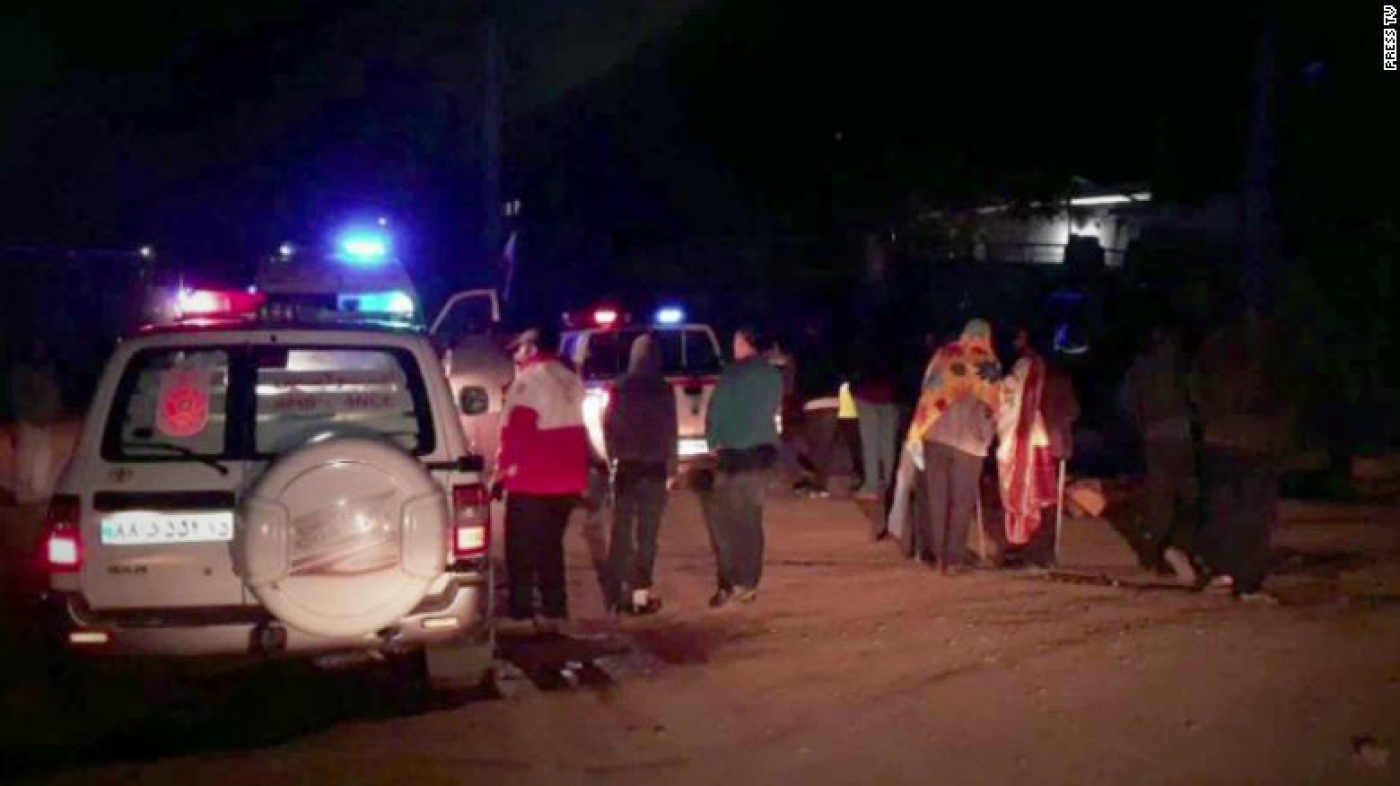 Rescue operations were underway in 41 rural villages, but the damage was largely concentrated in two areas (Press TV)
By
MEE and agencies

At least six people were killed and more than 300 injured when a shallow 5.9-magnitude earthquake struck northwestern Iran early on Friday, according to state media.

The quake struck about 120km southeast of the city of Tabriz, in East Azerbaijan Province, the Iranian Seismological Center said.

Described as "moderate," the shallow quake was eight kilometres deep and was followed by five aftershocks.

"The quake hit the Tark county in the province at 02.17am (2247 GMT)... many of people were injured while trying to flee their houses in panic," a local official told TV, adding that some 400 houses were damaged.

The United States Geological Survey issued an alert warning that "significant casualties are likely and the disaster is potentially widespread".

Rescue operations were underway in 41 rural villages, but the damage was largely concentrated in two areas.

State news agency IRNA said the quake was followed by more than 60 aftershocks, causing panic among residents who rushed out of their houses in the middle of the night.

"Rescue teams and helicopters have been dispatched to the quake-hit areas and hospitals are on full alert to help injured people,"Iran's emergency medical services chief Pirhossein Kolivand told state TV.

"Unfortunately six people were killed and 345 were injured."

The country has suffered a number of major disasters in recent decades, including at the ancient city of Bam, which was decimated by a catastrophic earthquake in 2003 that killed at least 31,000 people.

Iran has experienced at least two other significant quakes in recent years, one in 2005 that killed more than 600 people and another in 2012 that left some 300 dead.

Inside Iran
Iran kicks off elections with thousands of candidates disqualified
Inside Iran
Four decades on, the West still doesn't get the Iranian revolution
Marco Carnelos
Inside Iran
'No alternative': Tehran voters opt for election boycott as authorities crack down