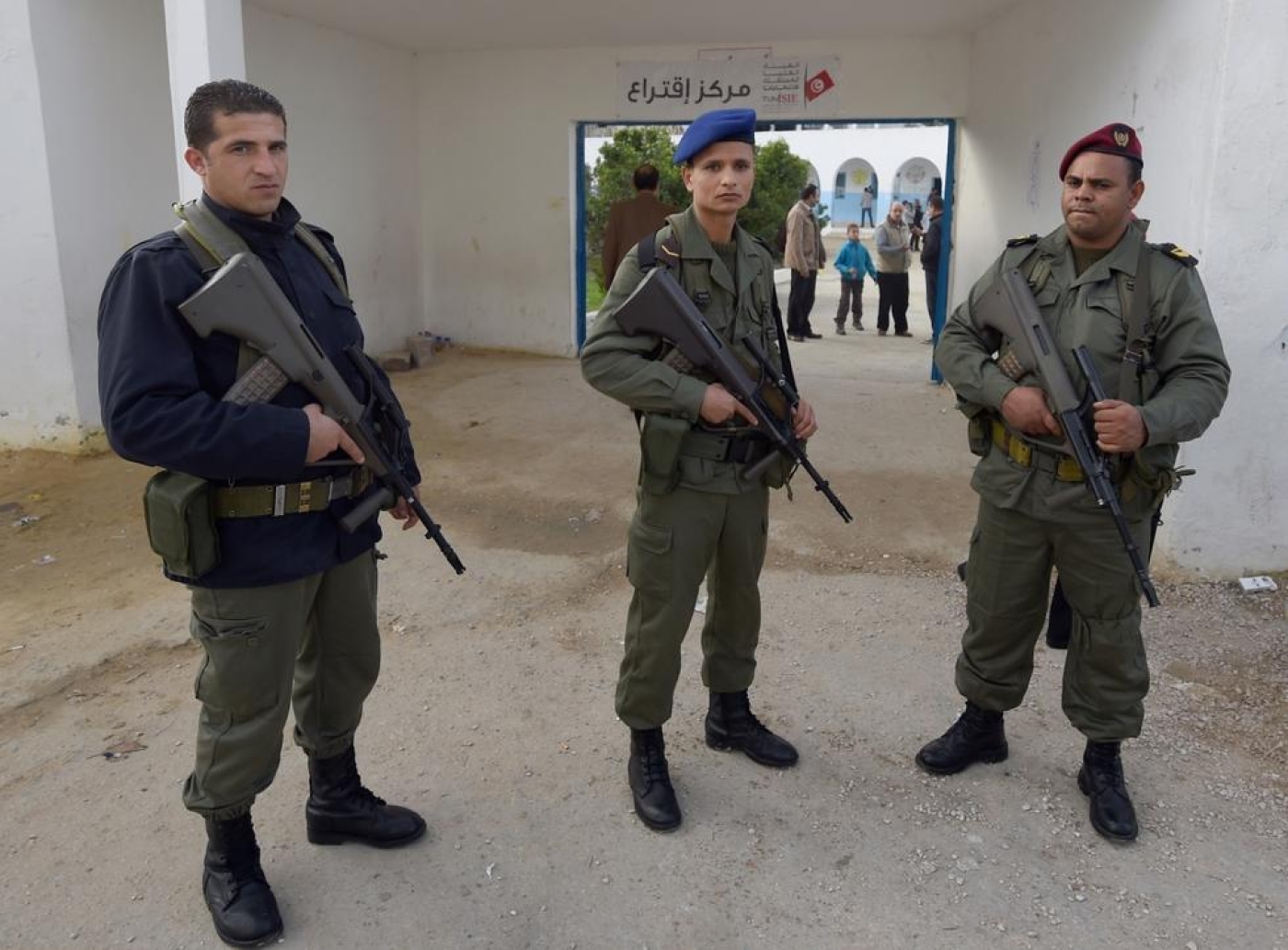 Tunisian soldiers stand guard outside a polling station in the capital Tunis on December 21, 2014 (AFP)
By
MEE staff

A deadly attack has taken place in the Tunisian capital Tunis on Monday, after shots were heard at a local army barracks.

Eight people were killed as a result of the shooting, including the shooter, who was a corporal. Among the dead was a Tunisian army colonel.

State news agency TAP reported that gunfire erupted near the March 20 Mosque and the Bouchoucha military barracks in Bardo district, the scene of a deadly attack in March on a museum that left 24 people dead, prompting security forces to surround the mosque's vicinity and evacuate an adjacent school.

The spokesperson said the attack was not "terrorist" related.

"The incident which took place at the Bouchoucha barracks is not connected with a terrorist operation," ministry spokesman Mohamed Ali Aroui told AFP.

#Tunisia Several soldiers injured after shooting at #Bouchoucha barracks in #Tunis. A soldier has reportedly opened fire against colleagues.

Helicopters travelled to the scene of the attack, according to photos posted to Twitter.

Defence ministry spokesman Belhassen Oueslati said the corporal, whose name was not given, "had family and psychological problems".

Because of this, he had been "forbidden from carrying arms" and given "non-sensitive duties".

"He attacked one man with a knife and took his gun before shooting at his comrades who were saluting the flag," Oueslati said.