'Buildings lie in rubble': Democrats call for block on $75m in Palestinian aid to be lifted

The lawmakers, in a letter to Senator Risch, stressed the importance of releasing the 'desperately needed' aid as Gaza experiences 'a humanitarian catastrophe' At least 2,000 housing units were destroyed and another 15,000 partially destroyed during Israel's 11-day bombing campaign on the Gaza Strip (AFP/File photo)
By
MEE staff

At least 145 Democrats have called on Senate Republican Jim Risch to lift his hold on $75m in "desperately needed" US aid for the Palestinians, which could help rebuild the Gaza Strip following Israel's latest brutal offensive.

In a letter sent to Risch, the top Republican on the Senate Foreign Relations Committee, on Wednesday, the Democratic lawmakers called for $75m in already approved aid to be released for transfer.

"We write with a great sense of urgency to respectfully request that you release your hold on tens of millions of dollars in appropriated humanitarian aid that is so desperately needed to meet the needs of hundreds of thousands of Palestinian civilians rebuilding their lives in the wake of the fighting between Hamas and Israel earlier this month," the lawmakers wrote.

NEW: I led 140+ @HouseDemocrats in urging Sen. Jim Risch to stop blocking millions in humanitarian aid for Palestinians. This aid was passed in FY20 & signed by the former President. As the ceasefire takes hold, we must help relieve the suffering of countless civilians. pic.twitter.com/Dz2XlS0j69

"Gaza is experiencing a humanitarian catastrophe. Buildings lie in rubble. Access to clean water and electricity is sporadic or nonexistent. Food insecurity is spreading. COVID-19 is running rampant and thousands of people have been displaced and rendered homeless. The magnitude of the crisis is staggering," they continued.

The Biden administration has said the funds, which were approved under former President Donald Trump, will help Palestinians in the occupied West Bank and Gaza Strip mitigate problems caused by the coronavirus, as well as in efforts to rebuild Gaza, much of which has been destroyed once again by Israeli air strikes.

Nearly 250 Palestinians, including 67 children, were killed in Israel's latest bombardment, which took place last month. At least 2,000 housing units were destroyed and another 15,000 partially destroyed during the 11-day campaign, according to Gaza's works and housing ministry.

During that same time, 12 Israelis were killed, as Hamas fired more than 4,000 rockets at Israel, 90 percent of which were intercepted by Israel's Iron Dome, according to Israeli officials.

The call to release aid to the Palestinians, led by Representative Jamie Raskin, comes as the ceasefire reached late last month continues to hold. Meanwhile, Biden, who strongly advocated for the ceasefire, and Secretary of State Antony Blinken have both pledged to ensure that US aid will not fall into the hands of the Hamas movement, which governs the Gaza Strip. Instead, the aid is set to be allocated to Gaza via the Palestinian Authority and the United Nations - a plan the Democrats noted in their letter.

"As the ceasefire takes hold, the United States can help relieve the suffering of countless innocent civilians. The assistance aid notified by the State Department is to be provided in full accordance with US law. It is administered and overseen by our government and by trusted and vetted partners on the ground. Secretary Blinken has made clear that Hamas and other terrorist groups will not benefit from our humanitarian assistance," they wrote.

Still, Republican lawmakers continue to express concerns that the aid could make its way to the Hamas movement, which is designated as a terrorist group under US law.

Middle East Eye reached out to Risch's office for comment but did not receive a response by the time of this article's publication.

In addition to providing aid to the Palestinians, Biden has also pledged to replenish funds for Israel’s Iron Dome rocket defence system 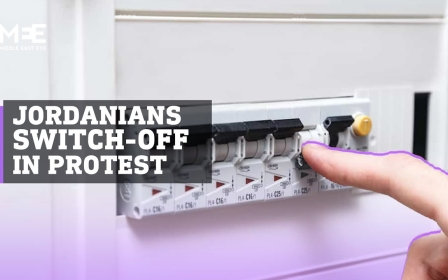 Opinion
The growing popularity of Palestinian activism in the US