With CHP passed over for coalition-building mandate, snap elections in Turkey look inevitable 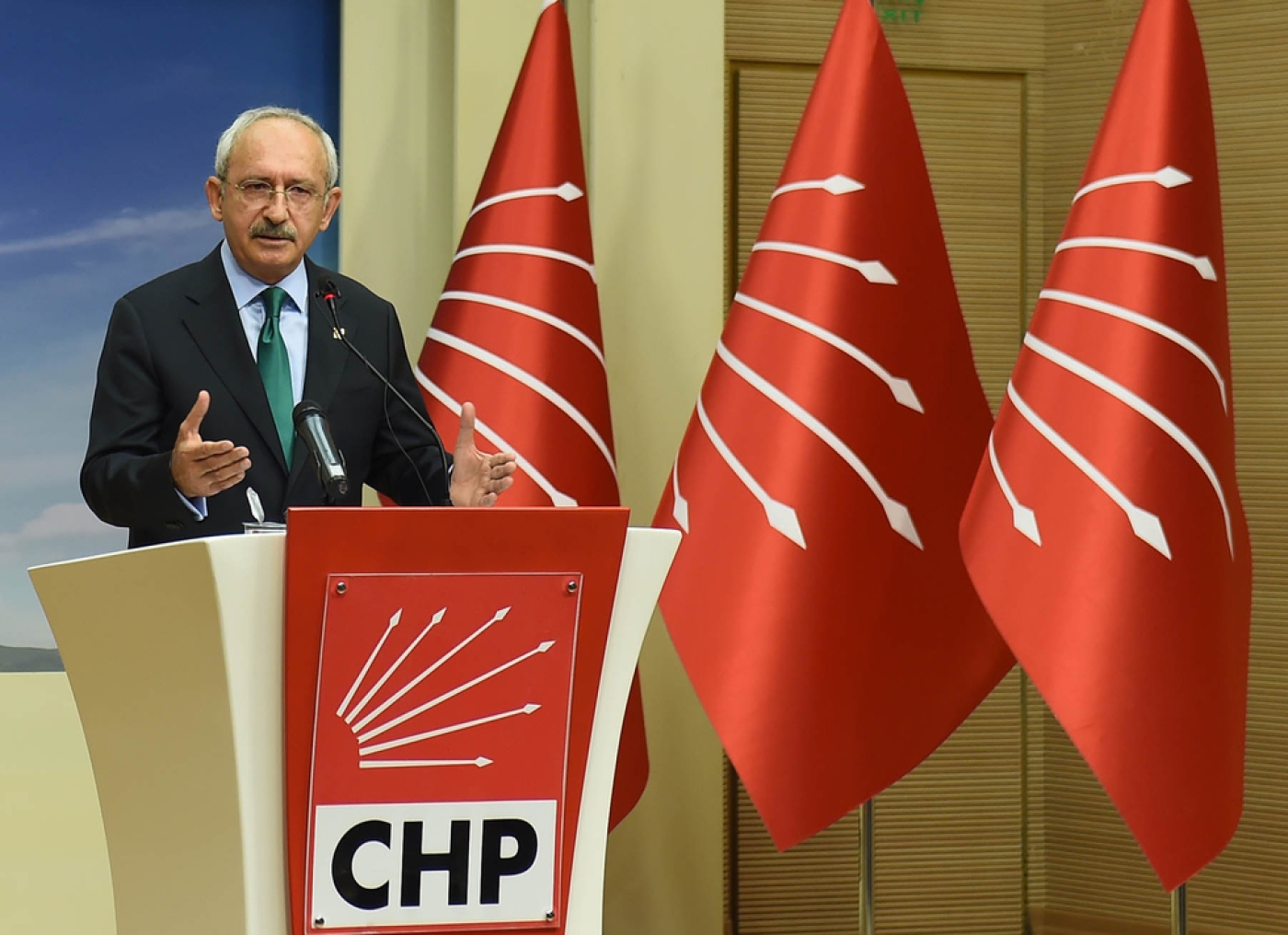 Turkey’s opposition Republican People’s Party (CHP) has announced it will not join a transitional power-sharing government if new elections are called in the country.

The announcement came shortly after President Recep Tayyip Erdogan said he would not be giving the mandate for forming a coalition government to the CHP, despite the failure of the Justice and Development party (AKP) to form a stable government.

“As the CHP, we are ready to take over the duty in this period, along which the environment is extremely negative, with the constitutional process still going on,” said Levent Gök, a deputy parliamentary group chair.

“We declare our determination to found a government with this mandate, to conduct important works in order to establish either a long-term coalition government based on constructive reforms or a minority government,” he said.

“The president should give this mandate to our leader without delay.”

Erdogan spoke a day after Prime Minister Ahmet Davutoglu informed the president he had failed to form a coalition government following talks with the opposition.

"We are once again swiftly heading towards an election," Erdogan said in a televised speech in Ankara, adding that the only solution in the current political impasse was turning to the "will of the nation".

Erdogan's Justice and Development Party (AKP) lost its overall majority in the 7 June polls for the first time since it came to power in 2002, forcing it to seek a coalition partner.

Under the constitution, the president should now be obliged to give a mandate to form a coalition government to the opposition Republican People's Party (CHP), which came second in the election.

But Erdogan on Wednesday hinted that he would not do so, just days ahead of a 23 August deadline to form a new government.

"I have no time to lose with those who do not know the address of Bestepe," where his controversial new presidential palace is located, he said.

CHP leader Kemal Kilicdaroglu has refused to set foot in Erdogan's palace, which the opposition party has called "illegal".

Erdogan was due to meet with parliament speaker Ismet Yilmaz later on Wednesday.

According to the constitution, the AKP will be able to continue as a minority government until elections if a majority in parliament votes in favour of early polls.

If however Erdogan uses his right to call the election himself, a so-called "election government" will be formed until the polls, consisting of members from all four parties represented in parliament.

The elections should be held 90 days after being called, meaning that 22 November would be a possibility were Erdogan to call the polls shortly after the 23 August deadline.

The third-placed Nationalist Movement Party (MHP), like the CHP, opposed involvement in an interim government, while the fourth-placed pro-Kurdish Peoples' Democratic Party (HDP) is warm to the idea.

Erdogan also dismissed the criticism that he blocked coalition talks.

"Did you reach an agreement and shake hands to form a government and I hit your hand? I did not interfere," he said.

Analysts say early repeat elections - a scenario unprecedented in the country's modern history - are a risky move for the AKP.

"It is risky because the AKP might see a further vote loss," said Ziya Meral, London-based Turkey analyst and director of think tank the Centre on Religion and Global Affairs.

"And even if it does not see a vote drop from June results, increasing HDP and MHP votes would mean less MPs,"  he told AFP.