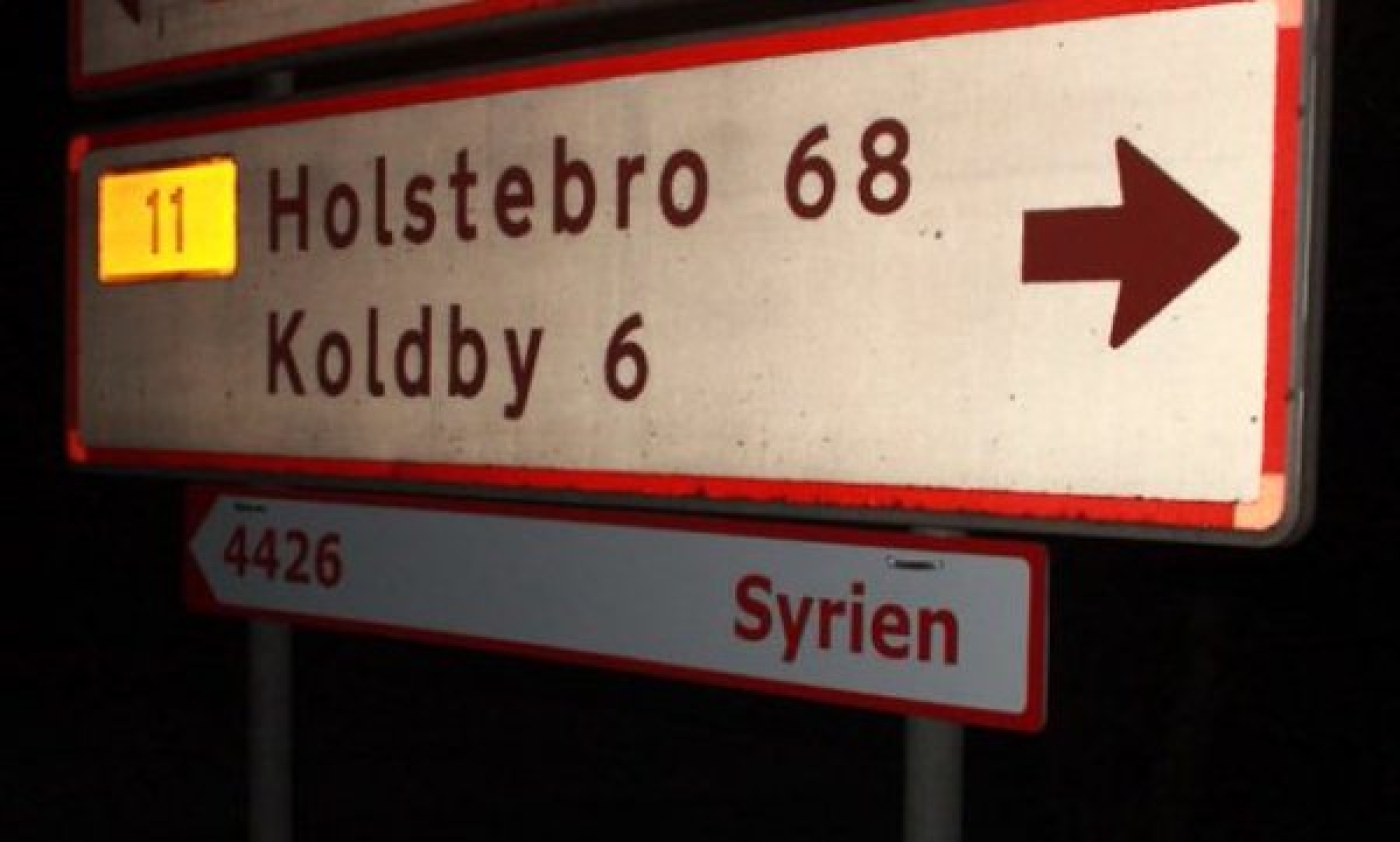 Activists in Denmark have placed signs on road signs reading “Iraq” and “Syria” with the respective distances in kilometres to reach them, in an apparent anti-immigration stunt.

The signs were set up in the municipality of Thisted in the north of the country, near six refugee centres. No one has officially claimed responsibility for the stunt and the signs were later taken down.

The stunt comes as governments across Europe debate how to deal with the unprecedented migrant crisis that has seen hundreds of thousands of asylum seekers, many from Syria and Iraq, enter the EU over the past year.

Under a new agreement, refugees are being sent back to Turkey if they enter Greece illegally. The EU, in exchange, will give Turkey $6bn to assist with the crisis.

A Thisted resident, Signe Marguard Rønn, took the signs down after seeing them posted on social media.

“I think it’s a shame that people who have travelled thousands of kilometres to reach safety are greeted with a sign that shows them the way back and sends a signal to ‘scram’,” she told the Jyllands-Posten newspaper.

Despite the controversy, local politicians hailed the stunt as a means of highlighting local concerns about immigration.

He said that government failures over immigration justified the issue being raised.

“We have a finance minister who said that the influx of migrants costs the economy 11 billion [kroner] this year... It would have made a difference if we could use that money on welfare. I want to have a debate about the ways to spend the money on,” Poulsen told Danish newspaper Ekstra Bladet.

“This is as a way to generate debate on immigration - and it’s fine by me.”

The leader of the far-right Danish People's Party also praised the initiative.

"We have long planned a campaign in the city. One must assume that it is people from the area who have put signs up and we support [them] obviously for it,” Daniel Carlsen told news website limfjordupdate.dk.

The signs are just the latest incident in an ongoing debate in Denmark about immigration.

On Sunday, a government spokesperson announced a proposal that the paramilitary Home Guard, set up after World War Two and consisting of volunteers, be deployed along Denmark’s border to prevent illegal immigration.

“The Home Guard consists of enthusiastic volunteers with experience from similar control tasks and the idea would be – if this becomes the solution – to complement and assist the police at the border,” Preben Bang Henriksen told the Jyllands-Posten newspaper.

“We’re not talking about using them as an independent authority, they must work together with the police,” he added.

The proposal comes in response to call from the Danish People’s Party to allow the Danish military to take control of border duties from the police.

In January, Denmark passed a bill allowing police to search refugees and seize their assets for compensation, a move that critics labelled as draconian.

"They are fleeing from war and how do we treat them? We take their jewellery.”