Foreign minister's move seems to have taken his country by surprise, with some saying it's worse than the overthrow of Mossadegh 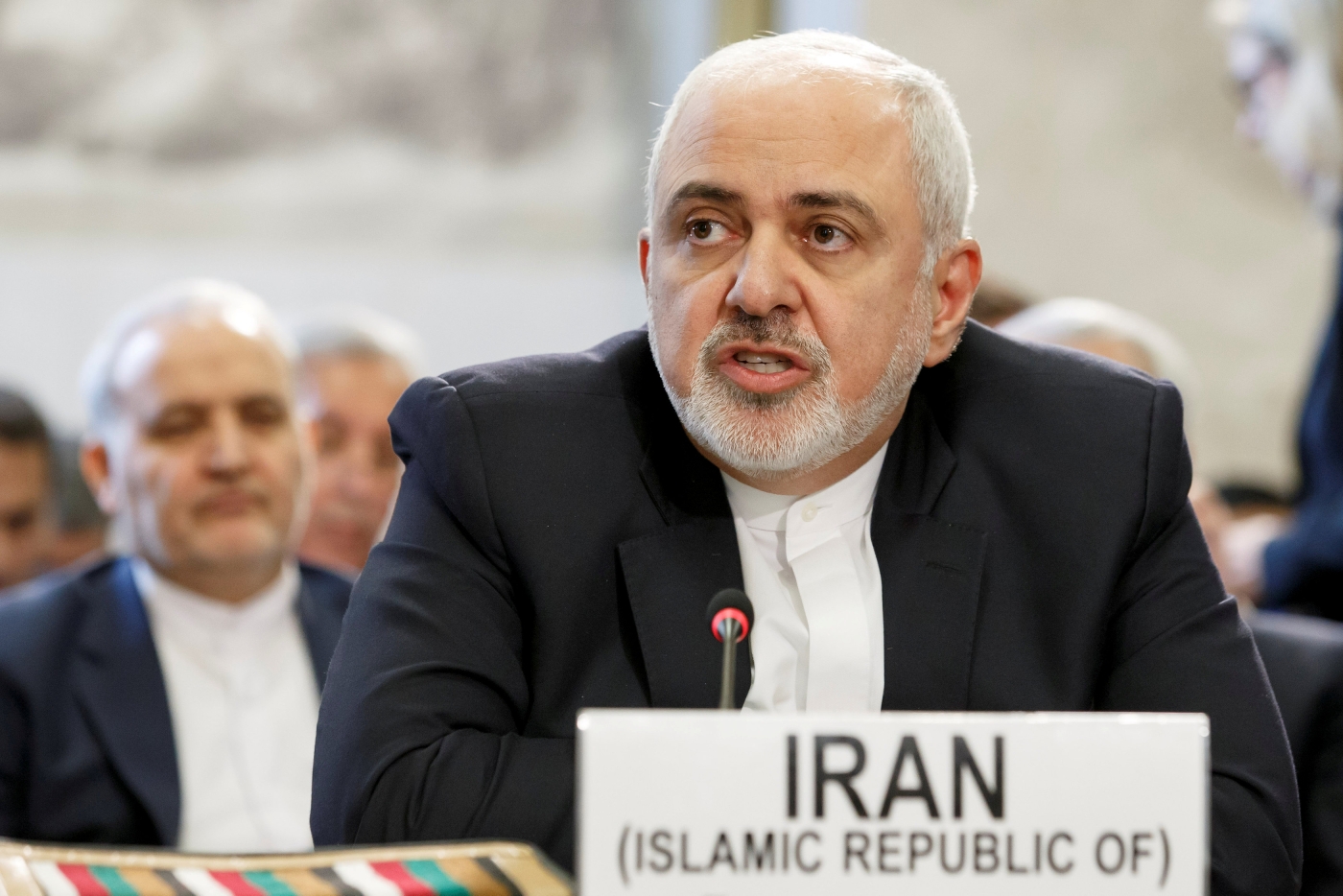 Iranian Foreign Minister Mohammed Javad Zarif’s offer to resign which he made in a post on Instagram has created a political earthquake that has shocked Iran’s politicians and populace alike.

Zarif’s resignation, which has not been accepted by President Hassan Rouhani, made headlines on Monday night after government offices were closed.

This has fuelled confusion around the possible reasons for his resignation and how the Iranian president would react to it.

In the early hours of Tuesday, the homepage of Iran’s official news agency IRNA was filled with various items of news, statements and commentaries on Zarif quitting his position.

One of the main headlines on IRNA was a short message from Zarif urging his colleagues in the foreign ministry to continue their “responsibilities in defending the country”.

'The resignation of Dr Zarif, Iran’s unique foreign minister, is more saddening than the overthrow of Mossadegh'

After his decision to resign, unverified news circulated on social media about a group of Iranian diplomats and high-ranking policy makers in Iran’s foreign ministry planning to submit their own resignations if Rouhani accepts Zarif’s.

“I hope that my resignation will be a prod that will bring the foreign ministry back to its constitutional place in international affairs,” Zarif said in his message.

Though Iran’s foreign minister has not specified the causes behind his move, Iranian commentators and the semi-official ISNA news agency believe that Rouhani’s meeting in Tehran with Syrian President Bashar al-Assad without Zarif has been the main reason for him offering to quit.

In photos published on Monday, Major-General Qassem Soleimani, the commander of Iran’s elite Quds Force and mastermind of the country’s military manoeuvres in Syria and Iraq, is instead seen with Rouhani and Assad.

'The man of diplomacy'

Meanwhile, politicians and activists from across the country’s political spectrum have reacted to the resignation of one of Iran’s best-known politicians, widely known as “the man of diplomacy”.

Iranian legislators, in a letter published by the Islamic Consultative Assembly News Agency (ICANA), asked Rouhani to reject Zarif’s resignation. However, hardline MPs such as Ahad Azadikhah, have rebuffed this support.

“I don’t think a commander who leaves the trenches on the night of an operation is a hero,” Azadikhah said in parliament on Tuesday.

Jalil Rahimi, a Sunni lawmaker close to the Reformist camp, compared Zarif’s resignation to the toppling of Mohammad Mossadegh, Iran’s first democratically elected prime minister, who was ousted in a 1953 coup backed by the US and the UK.

“The resignation of Dr Zarif, Iran’s unique foreign minister, is more saddening than the overthrow of Mossadegh,” Rahimi wrote on Instagram.

“The world and Iran have lost a sincere patriot, peace-monger and popular politician. Iran’s history will not forgive us for leaving Dr Zarif alone.”

While politicians with ties to Rouhani blame Iran’s extragovernmental authorities for Zarif quitting, indirectly pointing at the Islamic Revolutionary Guards Corps (IRGC), hardliners suggest that the president is the only person who should be blamed for Zarif's resignation. They accuse Rouhani of being incapable of managing a realistic foreign policy.

“Several times Zarif told the parliament that he is coordinating with Major-General Qassem Soleimani about the issues related to the region,” Ahmad Farahani, a conservative politician, told Tasnim news agency, which is affiliated to IRGC.

“Accusations against the IRGC are baseless … and it is the government and the president who should explain why some ministers from his cabinet have been resigning.”

A portent of war?

The resignation has also caused a huge shock among ordinary Iranians, who are suffering under Iran’s current economic crisis.

Many Iranians are asking if this is the final sign of a war which they fear has been coming since US President Donald Trump entered the White House.

Iranian social media users were quick to take to Twitter to express their concerns about the news.

Another user, affiliating himself to the opposition Green Movement, tweeted: “If the news is true, we should offer our condolences for the resignation of the only true defender of people’s rights. Now [the foreign] opposition and the Arzeshis [Iran’s conservative cyber activists] will both celebrate.”

Milad Alavi, a parliamentary reporter, underlined the similarities between the reactions of hardliners in Iran and the supporters of regime change from outside Iran.

“One in Tehran, another one in Washington, the other one in Tel Aviv, with same words, same goals and same desires.”