Disaster looms in Yemen as aid groups struggle to deliver 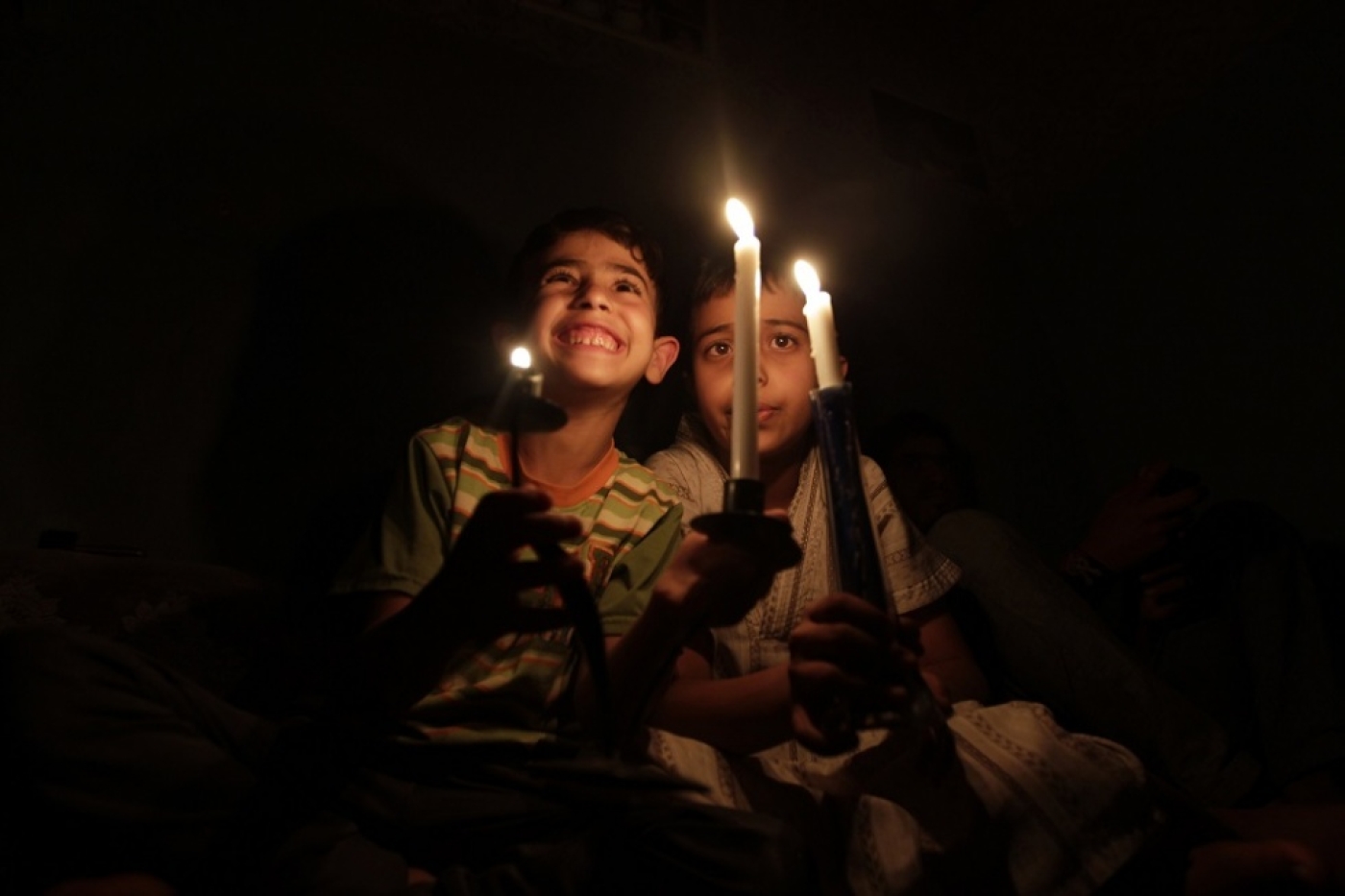 The humanitarian situation in Yemen is continuing to cause grave alarm, with aid groups warning about the threat of malnutrition and dire shortfalls in life-saving medicines.

Days after the Saudi-led coalition said that its purely militaristic phase of operations had ended and a new phase, 'Operation Restore Hope', aimed at prioritising humanitarian assistance had begun, swaths of the country remained inaccessible to aid groups.

Street battles are impeding access in several cities across the south – including Taiz and Aden – where Houthi militias and forces loyal to former President Ali Abdullah Saleh have refused to lay down their arms. Saudi-led airstrikes have continued throughout the week.

During the initial phases of the conflict, aid agencies said that they were being denied access to the country and were unable to deliver life-saving aid.

It took almost two weeks to get the first supplies in as fears of an all-out humanitarian catastrophe grew. Since last week the situation has begun to improve as aid agencies managed to negotiate access, but challenges remain.

The World Health Organisation says it has now not only delivered aid but also stockpile supplies.

“We have the supplies we need inside the country already as we shipped 17 tons last week,” Rana Sidani, a communication officer for the World Health Organisation told MEE in an email.

“We also have supplies prepositioned in Djibouti and can be shipped whenever needed.”

However, getting aid into Yemen is only a small part of a much larger puzzle. The problem of supplies has not gone away but has instead been kicked down the road.

“Getting aid in through boats and planes has become easier [since the end of Operation Decisive Storm],” said Sara al-Zawqari, a journalist and presenter at Radio Yemen Times, who is currently in London but has been monitoring the situation on the ground closely.

“The Saudis have given licences much quicker so it is much more efficient – even if they do still have to go through security.”

“But while getting aid in is no longer as big a problem, the real issue remains what is happening when the aid is in the country,” she told MEE.

After months of fighting, many of Yemen’s roads have been bombed or damaged and parts of the country’s already fragile infrastructure devastated. Water treatment plants have been damaged or abandoned, and the high and rising price of fuel - which has more than doubled in a month - has made it difficult to move power generators or supplies across the country.

Mazin Salloom, the International Federation of Red Cross and Red Crescent Societies’ country representative in Yemen, says that parts of Sanaa are only getting an hour or two of electricity a day, although he admits that this is an improvement on recent weeks, which have seen parts of the capital go without power for days on end.

“For me, it is not a ceasefire. It is a change in the goals and the strategy,” said Salloom.

“In the areas where there is still fighting, so Aden and Taiz for instance, it has been difficulty to get our teams in and to move in and help the victims and the internally displaces. So when there are ongoing operations we are still struggling to gain access.”

“I could not sleep [on Thursday] night. There was the sound of anti-aircraft fire and there was a bombing not far from [Sanaa’s] city centre. Even in the day we hear bombing but it is not in the same level.”

According to the UN, more than 1,000 people – including at least 550 civilians - have been killed since late Mach when the Saudi-led coalition began its almost month-long campaign to roll back Houthi militias and Saleh supporters. However, UNICEF’s spokesperson Christophe Boulierac who said that at least 115 children were among the dead, warned that the death toll was “conservative” and could rise further still.

The UN estimates that some 120,000 people have been displaced by the latest fighting, which comes on top of the 100,000 people who were already internally displaced from previous conflicts. And while not all of them are in urgent need of assistance, many others have fled to towns and villages where it can be difficult to assess their needs.

Fears are now growing for those who have escaped the worst of the fighting, but might soon find themselves facing widespread shortages of food, medicines and water which threaten to get worse as long as the fighting continues.

UNICEF’s Yemen representative Julien Harneis said in a statement that in addition to the hundreds of children who have been injured there are “hundreds of thousands of children in Yemen who continue to live in the most dangerous circumstances, many waking up scared in the middle of the night to the sounds of bombing and gunfire”.

‘An acute rise in malnutrition’

The IFRC says that it was relatively well prepared for the crisis and had begun stockpiling supplies last year when tensions began to rise after the Houthis managed to take control of the capital.

But while this meant that they had things like tents and medical supplies ready and waiting for when the worst of the fighting hit, the group was by no means isolated from the carnage to come.

Three of its volunteers have been killed in the last month, and some of the agency’s supplies were left languishing in city centres that found themselves eerily empty as droves of people fled to the countryside.

The agency now plans to buy more supplies on the local market and seems positive about the prospect of finding at least basic goods. Other aid groups don't seem to share this optimism though and say they are deeply concerned about the price of staples that have doubled in some cases, as well as availability.

Islamic Relief, which has also continued its work on the ground, has warned that things have now gotten so bad that “public services are on the brink of collapse” and “an acute rise in malnutrition” looked likely.

Haney Masood, Islamic Relief’s desk officer for Yemen said in a statement that: “At the moment, Islamic Relief is distributing food to the most affected areas, but how long will the food stocks last? And how much longer will we be able to distribute it if the fuel supplies in the country dry up?”

“We expect these factors to only keep increasing,” Masood told MEE. “Severe malnutrition is when people – and we are largely talking about young children under the age of 5 - start noticing deteriorations of their organs.”

“If it is not treated at the early stage it will impact their quality of life for ever. They could become blind or suffer other abnormalities.”

The group has had to cut its food rations down by as much as a half and could be forced to make further reductions, he added.

Masood insists that food imports – which account for 80 percent of Yemen’s food supply - have slumped. Fearing that they might not get resupplied, the retailers with goods have begun hoarding them and have driven up prices. Those that are willing to sell, are trying to do so at a premium to aid agencies which they think have more cash to spend, Masood explained.

“We are seeing chronic staff shortages and the hospitals are very under staffed,” Zawqari said.

“Students were volunteering to be nurses at hospitals. In Aden we have seen people who cannot make it to the hospitals.”

Emergency medical workers have now been shipped in by groups like Medecins Sans Frontiers and the Red Crescent, but this can only make up a small part of the shortfall.

Aid agencies complain that while key things like plasma, vaccines, and medications are a major priority, there are still shortages that are exasperated by the difficulty in finding and paying for fuel for power generation.

“Challenges related to security are not 100% solved yet,” said WHO’s Sidani.

But while the situation remains incredibly tense, there do seem to be some improvements on the ground with aid groups saying that they have gotten better at negotiating the fraught political situation.

“We have been negotiating with the different parties to the conflict to facilitate access,” Sidani said. “In order to fill the health gaps, we negotiate with any party that is in control of the area where we need to work.”

“The situation changes by the hour. Sometime we succeed to arrive everywhere we need. Other times we need to find alternatives such as using a boat from Aden to al-Mukalla to evacuate injured and deliver medicines.”

IFCR’s Salloom likewise says that his group has gotten better at operating in the climate.

The organisation is now planning to roll out extensive trainings to its staff so they can better adapt and learn from some of the mistakes made in the early parts of the war.

“It is the first time that Yemenis have seen airstrikes,” Salloom said. “They were maybe used to ground wars and fighting but not airstrikes. The rule is that you do not access an area after it is bombed. You need to make sure it will not be hit again, but people would gather at the sites to help people or remove the dead bodies.”

“I’m Iraqi I am used to it, but [aid] workers [in Yemen] would go in to help and they would get caught,” he added.

Despite the difficulties they have faced though, and expect to keep facing, many aid workers have vowed to keep working no mtter the challenges.