Do the timewarp: Cypriot capital divided by politics and time zones

Turkey this year dropped daylight saving to stick to summer time. Turkish Nicosia is now an hour ahead of the Greek side, with tragi-comic results 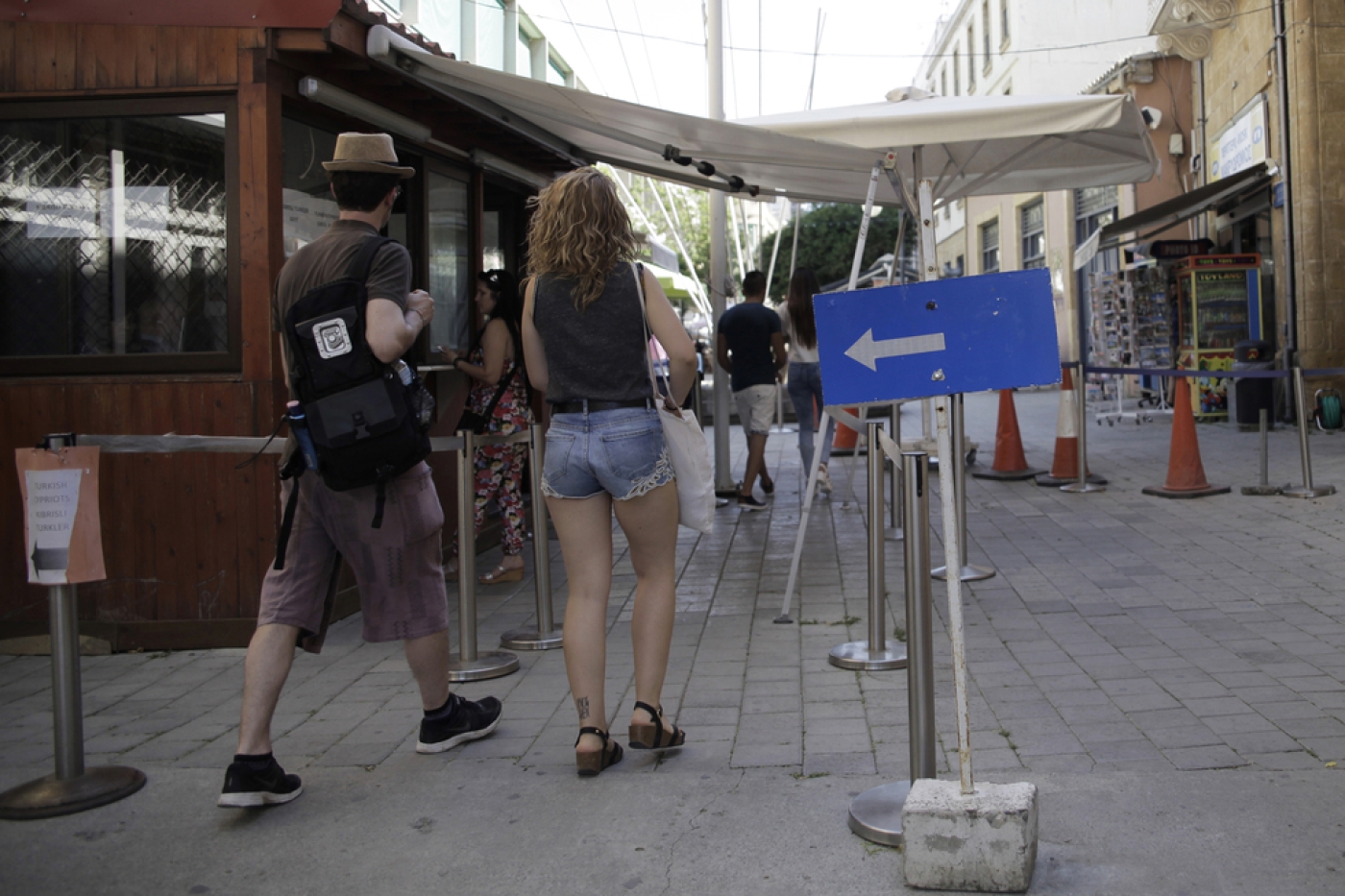 Nicosia, Cyprus - Crossing the green line that divides the disputed island of Cyprus is a strange experience. Once separated by an ugly barricade, the dissected pedestrianised shopping street known as Ledra in Greek, and Lokmaci in Turkish, is now one of three official crossing points in the capital of Nicosia.

With the flash of a passport and a few steps across the 50m of no man's land, visitors are transported from a world where waiters serve tea in tulip-shaped glasses to one where Greek lettering tempts passers-by with the promise of pork souvlaki.

In October, the experience took on an even more surreal hue, becoming not just a portal between two cultures but also through time.

For as well as being the world's only divided capital, Nicosia now has the dubious honour of being the only city governed by two different time zones. If you leave the Turkish side at 9am, a minute later you will arrive on the Greek half at 8.01am.

The peculiar arrangement stems from northern Cyprus's ties to Turkey, which invaded the north of the island in 1974 after a military coup that sought to unite it with Greece. Northern Cyprus remains closely bound to Ankara, the only government that recognises the breakaway territory as an independent state.

In September Turkey's president, Recep Tayyip Erdogan, announced that, henceforth, his country would no longer follow Europe and North America in switching back from daylight saving time.

Instead, the country would stay on permanent summer time - three ahead of London in winter and two in summer - in order to save energy and make the most of the daylight.

It is not clear whether Turkish ministers had considered the fact that their decision would create a time tunnel. Either way, when the Greek half of the island put back the clocks in October, the northern half announced that it would copy Turkey by staying put.

Every day, that decision gives rise to outbreaks of chaos or confusion.

In Northern Cyprus, some smartphones automatically switch to the old, unified version of Cypriot time, while others adopt the new regime. People travelling from the south to catch a bus or a flight in the north must remember to add an extra hour to their journey. Friends from two different sides of the island must take care to clarify on whose time they will meet.

Some Cypriots wondered what would happen to the UN peacekeepers in the buffer zone between the two sides. Would they adopt a 30-minute equidistance from either side? Aleem Siddique, a UN spokesman, strikes down these anarchic fantasies by revealing that the UN operates on Greek time.

The mismatch does, however, have practical ramifications for the ongoing efforts to reunify the island.  On Thursday, Greek Cypriot President Nicos Anastasiades and Turkish Cypriot leader Mustafa Akinci were due to meet for dinner.

According to a source close to the talks, the event was initially planned for 8.30pm. But that would have left Akinci waiting until 9.30pm to sit down for his evening meal. Perhaps fearful of the perils of a hungry negotiator, officials brought the meeting forward by half an hour to 8pm/9pm.

The impact of the split is worse for those living in northern Cyprus. Despite a 2003 breakthrough that made it possible to cross the island for the first time in almost three decades, some Greek Cypriots will not visit what they see as occupied territory.

But an estimated 5,000 people from smaller, poorer, northern Cyprus regularly work in the south, where wages are higher. Some Turkish Cypriot students also make the crossing to study at southern schools or universities.

'Do I like it this way? No... It would be more sensible to have the same time zone' - Turkish Cypriot leader Mustafa Akinci

Many of those travelling in the other direction are tourists looking to explore northern Nicosia and the beach resorts beyond. The time change has caused headaches for those reliant on their custom.

Shopkeepers in the north must now either lose trade by closing “earlier” than they used to from the perspective of southern visitors - or stay open later and miss out on precious family time at home.

Elena Soforoglu, 33, who works at a jewellery shop near the crossing, is unimpressed by the disconnect. She said that Cyprus should unshackle itself from whims of Turkish politics. "It's really stupid," she said. "We are an independent island."

Akinci, the Northern Cypriot president, has admitted that he is less than thrilled by the shift.

"Do I like it this way? No," he said in September. "If, as I would like, we could establish a federal system on this island then of course it would be more sensible to have the same time zone.

"Because we are not a province of Turkey. We are a separate entity and our aim is for a solution in Cyprus. But the solution has been borne of practical necessity."

He pointed out that the only flights landing in northern Cyprus come from Turkey, and said that the two places were intimately connected in terms of the economy and trade. (Though the United States, the world’s largest economy, contends with six time zones).

Whose time is it anyway?

There has been much eye-rolling at the tragi-comic implications of the time warp - and the irresistible urge to see it as a metaphor for efforts to reach a settlement.

But on Tuesday the debate took on a more sombre tone when bus carrying children to school in the north of the island collided with a lorry, killing the driver and two teenage girls.

Protests erupted, led by angry students, who blamed the accident on the fact that it is now darker in the mornings than it was before. Unions have announced a series of strikes, with protests outside the prime minister’s office calling for resignations of several ministers.

Akinci convened an emergency cabinet meeting to discuss the crash. Local press reported that the working hours for schools and public offices would be adjusted.

For Michalis and Tanur Tsiknakis, one of the few "bi-communal" couples on the island, the temporal discrepancy reflects the overbearing nature of the island's relationship with Greece and Turkey, the "motherland" nations that still meddle in "their" respective halves of Cyprus.

Tanur, who grew up in the Turkish-speaking north (Michalis, her husband, was born in Crete), compares the influence of Turkey in northern Cyprus to "helicopter parenting".

Having two time zones is "idiotic", she said, because it is pushing the two sides of the island further apart just as they are trying to make peace.

After the change was announced, the couple created an event on Facebook for a "dual time zone New Year party".

It began as a joke but now, after more than 700 people registered an interest, they will follow through with the plan. On New Year's Eve, they will celebrate the turn of 2017 first in northern Cyprus and then again in the southern half in protest at the absurd arrangement.

Their message is simple, Tanur said: "We want the island to united. And we want our time to be united again, too."

Politics
Kashmiri and Palestinian activists stand against Indian envoy at Harvard
Politics
Colombia and Honduras: The US-Israeli 'counterterrorism' connection
Belen Fernandez
Politics
Boris Johnson is leading a revolution, and this time it's coming from the right
Peter Oborne