This doctor stopped polio in Syria. Now he's banned from the US

Banning Syrians like Dr Khaled Almilaji could pave the way for healthcare crises that spread far beyond the war-torn country, says expert 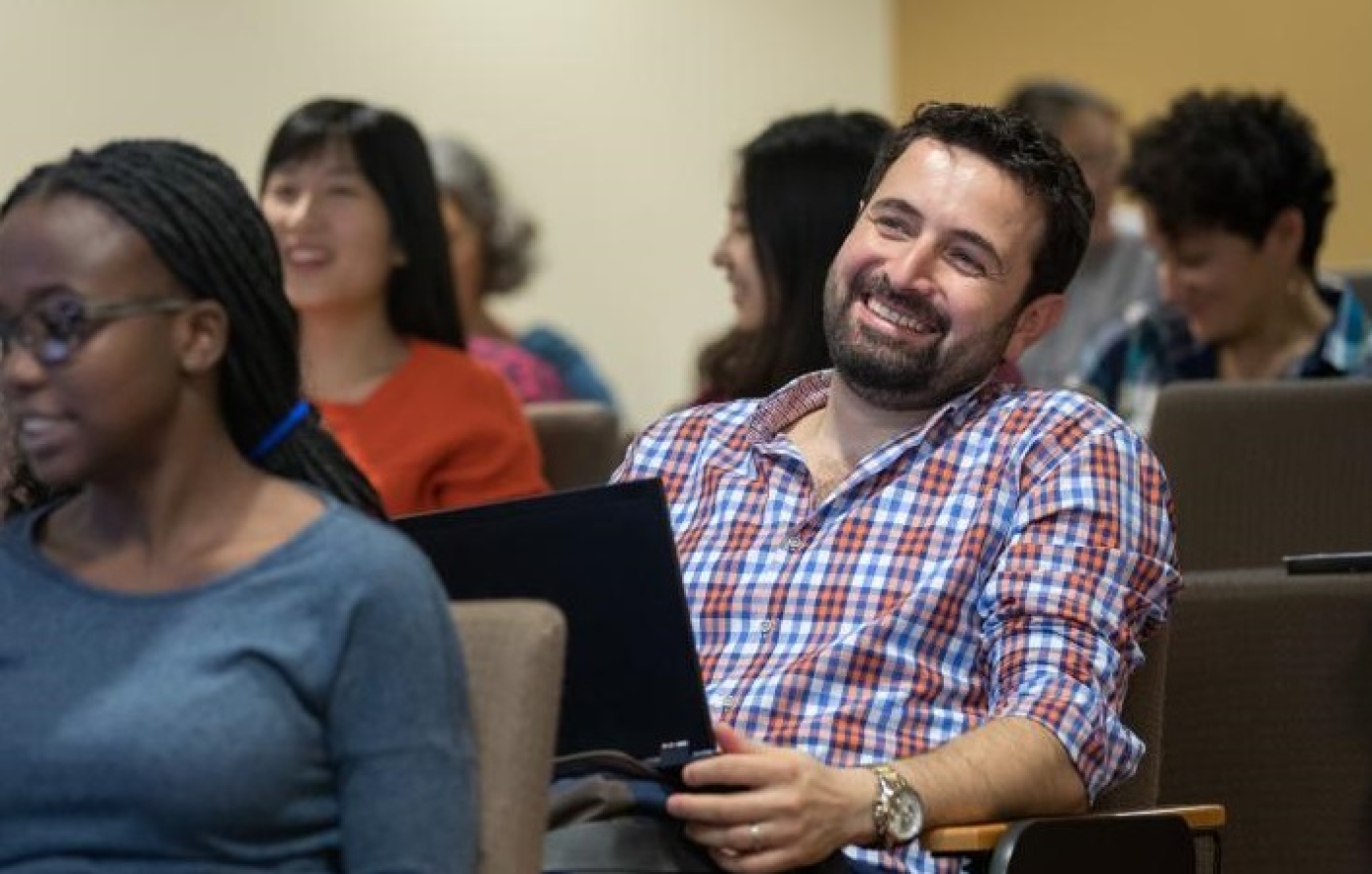 When the highly contagious, crippling and potentially fatal polio virus reappeared in war-torn Syria in 2013, nearly two decades after it had been eradicated in the country, Khaled Almilaji was a key player in containing the outbreak that threatened millions inside and beyond its borders.

This week, the 35-year-old doctor from Aleppo should be studying for a Masters in Public Health at Brown University where he received a scholarship and started last autumn.

Instead, in a situation similar to over 200 million others, he is stuck in Turkey following US President Donald Trump’s executive order last Friday to ban citizens from Iran, Iraq, Libya, Somalia, Sudan, Syria and Yemen.

In fact, he learned that his visa had been revoked when staff from the US consulate in Istanbul called him days ahead of Trump's inauguration, he said. They said they couldn't tell him why it was revoked, but he could apply again immediately.

By 20 January, as Trump took the oath of office, Almilaji was at an expedited appointment for a new visa in Istanbul, he said. But when the order was signed last Friday, his process was completely halted.

Almilaji, who treated fellow prisoners when he was locked up and tortured in a Damascus prison in 2011, wanted to complete his studies in the US so he could eventually return home and help rebuild its health service sector.

“We are losing doctors now every day,” Almilaji said. “So someone has to make sure that the resources are there when we want to start again to build Syria’s health system.”

Left in limbo is also his future with his wife, Jihan, a doctor who is pregnant with their first child and still in the US.

“I’m talking to my wife every day, making sure that she is okay and hoping that I can see her as soon as possible. We are a bit confused now about what we have to do.”

When the war started in Syria, Almilaji was working for a pharmaceutical company and finishing up a medical residency.

Despite his own injuries, prison authorities relied on Almilaji to treat other prisoners - only he had to do it wearing a blindfold so he couldn’t identify anyone later on

Over five years and often under challenging conditions, he used both his medical and networking skills to make a major impact on the healthcare services provided to Syrians, say those familiar with his work.

“None of us do anything by ourselves,” said Dr Annie Sparrow, a public health expert and an assistant professor at Mount Sinai Hospital in New York City, who first met Almilaji on a plane headed for Gaziantep when the two happened to strike up a conversation about polio - and would later work together on a task force to fight the disease. “But Khaled is really good at getting everybody together and getting things done.”

In September 2011, he was imprisoned in Damascus for six months and was tortured for two weeks, including electrocution. One of his fingers and a rib were also broken.

Despite his own injuries, Almilaji said, the prison authorities relied on him to treat other prisoners - only he had to do his work wearing a blindfold so he couldn’t identify anyone later on.

After he was released from prison, he returned in 2012 to Aleppo where his family ran a hospital. But eventually, he fled to Turkey when intelligence agents raided a friend’s home and he feared that he would be arrested again, especially because he had been caring for protesters’ families, he said.

From Turkey, he provided Arabic translation for Turkish medical staff and led an effort, through a Saudi charity, to get ambulances for the Turkish Red Crescent to transport wounded Syrians from the border to hospitals.

He later led the medical offices of the Assistance Coordination Unit (ACU), the Syrian opposition’s humanitarian arm, and coordinated hospitals in opposition-held areas that were under attack, eventually pushing for underground hospitals to be built.

And he was a key leader behind the Polio Control Task Force, a coalition of organisations that vaccinated 1.4 million Syrian children against polio and stopped the disease, which had already spread to Iraq.

The task force was first initiated by the Syrian American Medical Society (SAMS), said Sparrow, and as it continued, in his role with the ACU, Almilaji spearheaded the campaign until critical donors like the Gates Foundation signed on.

Dr Zaher Sahloul, a critical-care speciality in Chicago who founded the American Relief Coalition for Syria and is also a volunteer with SAMS, said the polio crisis shows exactly why banning people like Almilaji is a mistake.

“When you have polio, it is not a Syrian problem,” said Sahloul. “It is going to be a regional and a global problem and this executive order will add more to the prospect of having other healthcare crisis in Syria that will affect the whole region.”

'When you have polio, it is not a Syrian problem. It is going to be a regional and a global problem'

“More than fifty percent of the doctors in Syria have left,” he added. “You have the prospect of the new doctors and nurses who were supposed to be trained in the best institutions in the world - right now the door is closed shut in their faces.”

“It seems quite sinister really,” said Sparrow. “Public health is a pretty difficult area to get right. Nobody teaches you in medical school how to run a polio campaign or a water sanitation campaign – it’s really invaluable to have a good education.”

Almilaji is unsure how long he may be in Turkey. He had planned only to come for a short trip to check in on a team with the Canadian International Medical Relief Organization (CIMRO), a group he founded in 2013 that works with the UN and other organisations to bring medical and relief supplies into Syria.

“You can go to the website – you see your number and there is ‘pending’,” said Almilaji. “This pending can take years.”

'We used to think about the US as a country in which everybody wanted to learn about democracy, about inclusiveness, about sharing principles'

Along with providing legal support to Almilaji, a Brown spokesman said the university has been working with members of Congress and government agencies, including the state department, “to urge attention to the visa review process and emphasise the importance of Khaled’s return to the US”.

“We will continue to fully support him in this effort with the goal of welcoming him back to the Brown campus,” Brian Clark said.

Meanwhile, Almilaji has continued his studies remotely with course materials provided by the faculty and administrators in Brown’s School of Public Health.

On Tuesday, he said he was prepping for a biostatistics class from Gaziantep and working with his team.

“I am happy that I am not thinking. I’m happy I’m doing work,” he said. Still, it's difficult for him, he said, to understand how he suddenly became a threat to a country that once offered hope.

“We used to think about the US as a country in which everybody wanted to learn about democracy, about inclusiveness, about sharing principles, about different sects and religions and colours working together,” he said.

“Is it a mistake that I thought there was a good system there? Or is it the problem now of one person in charge? Or what?” 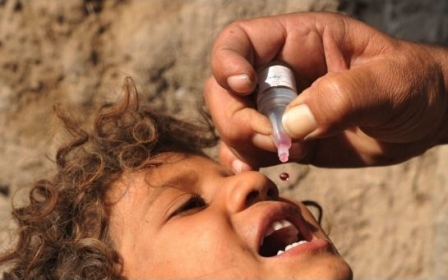 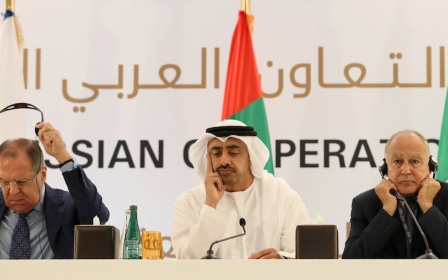 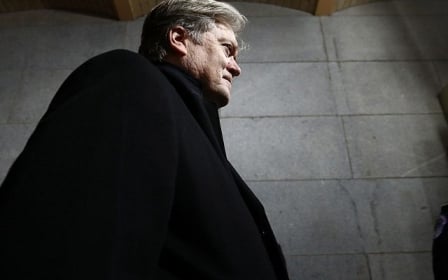