Double standards for citizens of Israel 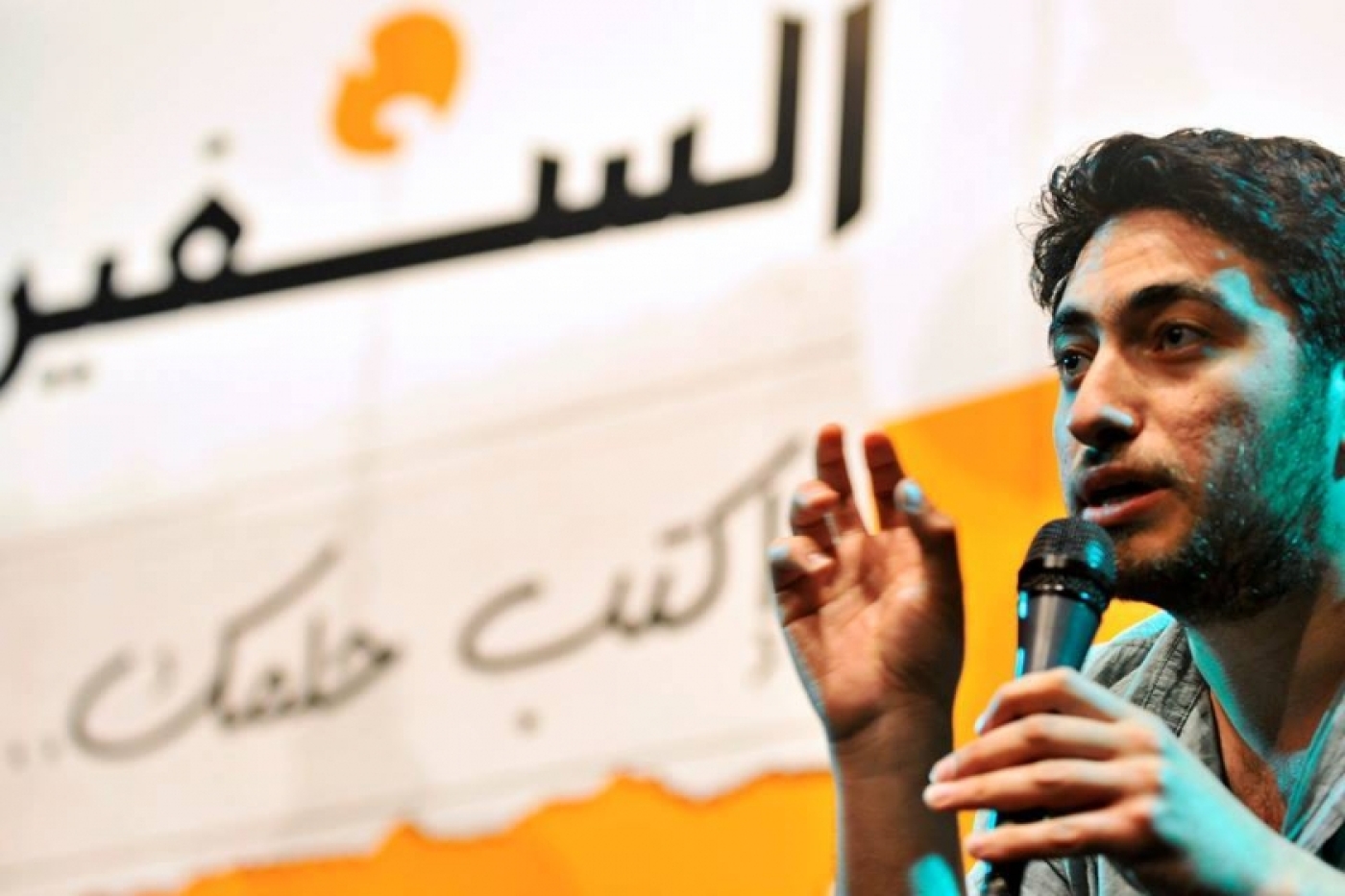 NAZARETH, Israel - The arrest of a journalist and several political activists in Israel over the past few weeks has provoked a troubling debate: are laws applied differently depending on whether a citizen is Jewish or not?

It is a question more often raised in connection with the occupied territories, where Israel operates two legal systems for much of the population – a civilian one for Jewish settlers, and a much harsher, military one for Palestinians.

But recent, well-publicised arrests in Israel suggest that Palestinian Arab citizens, who comprise a fifth of Israel’s population, also face what Amal Jamal, a politics professor at Tel Aviv University, calls a form of “legal apartheid”, despite their citizenship and the fact that they are living under the same set of laws.

Particularly controversial was the arrest last month of Majd Kayyal, a journalist from Israel’s Palestinian minority who was seized at a border crossing on his return from a visit to Lebanon. He had travelled using special travel documents from the Palestinian Authority in Ramallah.

He was held incomunicado for five days, accused of a serious security offence and denied access even to lawyers. He was eventually released to house arrest when it became clear that Israeli authorities had no evidence he had breached security.

Several senior Israeli Jewish journalists came to his defence, pointing out that they too had visited “enemy states”, using an alternate, non-Israeli passport, but had never been interviewed, let alone arrested and threatened with prosecution.

Zvi Barel, a Middle East analyst for Israel’s Haaretz newapaper, said Israel had two standards, one for Israeli Jews and another for the Palestinian Arab population: “Arab journalists are suspected in advance of having one purpose for visiting an enemy state – espionage, giving information or ‘contact with a foreign agent’. An Israeli Arab journalist is seen first, and last, as an Arab.”

According to lawyers, journalists and human rights groups, the spate of arrests gives the lie to a comment made by Israeli prime minister Benjamin Netanyahu last week as he unveiled plans to introduce legislation defining Israel as the “nation-state of the Jewish people”.

He vowed discrimination would receive no legal sanction. “Israel will always preserve full equal rights, both personal and civil, of all citizens of the state of Israel, Jews and non-Jews as one.”

His promise came as Ghassan Munair, a 44-year-old political activist from the city of Lod in central Israel, was arrested after posting on Facebook photos of a group of Israeli-Palestinian Christians meeting a government minister to discuss the introduction of an army draft for Christians.

An announcement last month by the army that it would be sending notices for the first time to all Christian school-leavers to encourage them to volunteer has shocked many in the Palestinian minority. The move is widely seen as an attempt to divide Palestinians in Israel, turning Christians and Muslims against each other.

Munair told Haaretz that his arrest was designed to intimidate critics of the draft into silence.

A similar interpretation was read into the Israeli police’s heavy-handed arrest last week of three Israeli-Palestinian students who held a silent protest against the draft on Hebrew University’s campus in Jerusalem.

Lawyers for Munair, who was forced to hand over his computer and phone to police before being released to house arrest, said he had not broken any laws.

“What he did was to name and shame those present at the meeting by publishing an official photo. There were no words that could be interpreted as a threat in his post,” said Sawsan Zaher, a lawyer from Adalah, a legal organisation for Israel’s Palestinian minority.

She added that social media sites in Israel were crammed with “hate-filled incitement against Arabs” from Israeli Jews, but no arrests were made. “His case and others like it are entirely about the state using the law as a political tool. They want to send a message: don’t even consider criticising those who support government policy, or you’ll be in trouble.”

Kayyal’s arrest has been widely seen as politically motivated too. Israel’s domestic intelligence service, the Shin Bet, used a draconian gag order to try to conceal their investigations on suspicion he had “contact with a foreign agent”, which carries a sentence of up to 15 years.

The 23-year-old journalist had attended a conference in Beirut to celebrate the 40th anniversary of As-Safir newspaper, for which he is a correspondent. He told Middle east Eye that he had not concealed his visit, posting updates to his Facebook page while there and writing about the event for an Arabic website.

Aspects of his case, in addition to the arrest, have disturbed observers:

* The denial of access to lawyers is a feature of the legal system chiefly used against Palestinians, most often in the occupied territories but also in Israel too. As journalist Dimi Reider observed, it almost never applies to Jewish citizens.

* Between aggressive interrogations, Kayyal was confined to a underground cell with a bright light on 24 hours day, a method considered by some to be torture. The technique is intended to disorientate and confuse suspects, making them feel isolated, lose a sense of time and grow hopeless.

* Sweeping gag orders, barring the media from reporting an arrest, are normally reserved for the gravest national security cases. In Kayyal’s case, it was revoked only after blogs overseas publicised his arrest, leading to uncomfortable questions from reporters at a US state department press briefing.

After Kayyal passed a polygraph test, the charge of contact with a foreign agent was dropped. He was released to house arrest, and barred from leaving the country or speaking to anyone outside Israel. Prosecutors are still considering whether to charge him with “visiting an enemy state”, which could land him with a four-year jail sentence.

Following his arrest, a Shin Bet spokesman was reported saying: "A suspicion arose that he was recruited by a hostile organization.”

But Kayyal said it was clear early on from their “desperate questions” that the Shin Bet had no evidence he had met a Hizbullah agent. “They even started saying they knew I had thrown stones and written graffiti during the October 2000 protests [in support of the second intifada]. I pointed out I was nine at the time.”

“What they hoped for was a confession. They wanted to break me,” he said. “I reached the point where I just wanted them to open a window in the interrogation room so I would know whether it was day or night. And then you start to fear you will never get out or what you might say just so that the nightmare ends.”

Although he said he appreciated the support of his Jewish colleagues, he noted that they waited until it was certain he had had no connection to Hizbullah. “There was still an assumption from them that, as an Arab, I had likely committed a security offence.”

Amal Jamal, who heads Ilam, a Nazareth-based centre advocating greater fairness and pluralism in the Israeli media, said: “It is clear in the way the law is applied that officials regard Israeli citizens who are Palestinian as guilty until they can prove they are innocent.”

The prohibition on visiting an enemy state derives from the 1948 emergency regulations, many of them inherited by Israel from the British.

Kayyal said the law was “illegitimate” in his eyes, as it prevented Palestinian citizens from fulfilling a natural need to connect to the Arab world. “Israel wants me like a bird in a cage. But I don’t just live to eat. I need a cultural life, I need to have a relationship with my Arab cousins, to find a place where I belong.”

The Association for Civil Rights in Israel said Israeli Jewish journalists who broke the law “receive much acclaim for what is considered brave and professional journalism”. It added that in applying it only to Palestinian citizens, the law had become “an improper method for monitoring and controlling [their] movements.”

Wadea Awawdy, editor of the Hadith al-Nass newspaper who joined the petition against the gag order in Kayyal’s case, said such connections were critically important for Palestinian journalists and politicians in Israel.

“Our role must be to understand our region, to provide real information about the conflicts we report on, to represent our readers and help povide them with meaningful insights. To do that we need to be engaged with the Arab world.”

He particularly lamented Israel’s refusal for the past seven years to let any Israeli journalists – including those from the Palestinian minority – enter Gaza. “The siege of Gaza is also about denying us mutual contacts and information, using security as a pretext. As journalists we have to wage a war against these rules, and be ready to pay a price.”

Zaher, the Adalah lawyer, criticised Israel’s use of the “contact with a foreign agent” provision in the Penal Law. Used almost exclusively in security cases involving Palestinian citizens, it is unique in that it requires defendants to prove their innocence.

It is unclear who counts as an “agent” – a friend or relative of a Hizbullah member, for example? And in practice, the simple act of meeting such an “agent” is usually considered proof enough for a conviction in an Israeli court, even if no security-related damage was caused.

Several prominent Palestinian citizens have fallen foul of this law, including most recently Said Naffaa, a former member of the Israeli parliament, who led a delegation of Druze religious leaders on a tour of holy places in Syria in 2007.

Others have included Amir Makhoul, a Palestinian civil society leader who headed the boycott movement in Israel, and Mohammed Kanaaneh, leader of Abnaa el-Balad, a political movement that rejects participation in Israeli elections.