Reports say 34 killed and many injured in blasts at Zaventem airport and Maalbeek station, days after Paris attacks suspect arrested in city 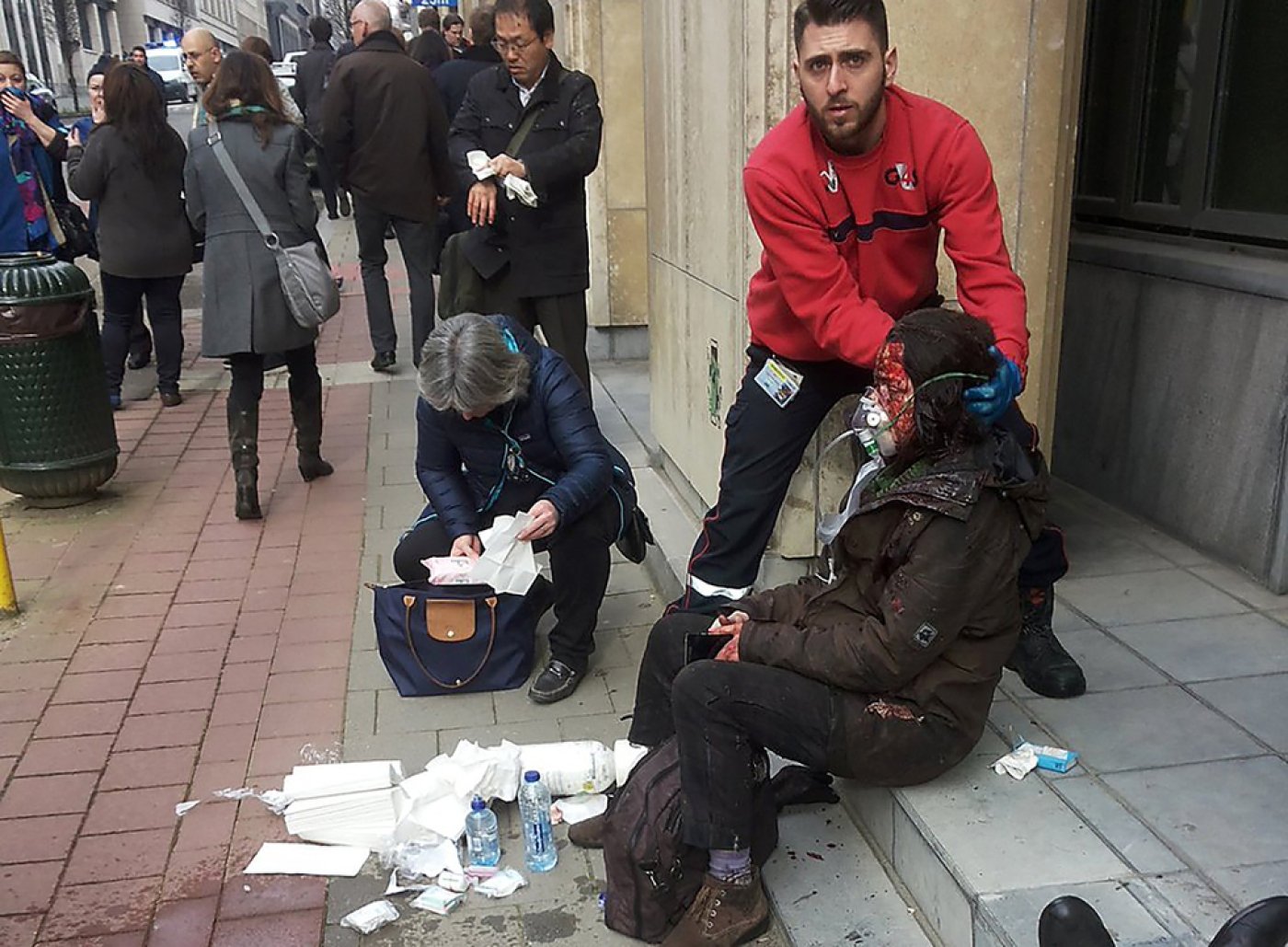 BRUSSELS - Dozens of people are feared dead and many more injured as multiple blasts rocked an airport and metro station in Brussels on Tuesday, days after the arrest in the city of a key suspect in the Paris suicide attacks of last year.

Belgium's Prime Minister Charles Michel spoke of "a black time for our country".

"What we feared has come to pass. Our country has been struck by attacks which are blind, violent and cowardly," he said.

Belgian broadcaster VRT has reported that the death toll from the attacks has risen to 34, with 20 killed on the train and 14 at the airport, although those figures have not been confirmed by the government. More than 200 people have also been injured in the two attacks, including many seriously.

The chaos began at just before 8am local time on Tuesday, when two explosions - the first believed to have been a suicide attack - tore through Zaventem's check-in area. Gunshots were heard just beforehand and the first blast reportedly sent panicking travellers towards a second, larger explosion that brought down ceilings and sent a thick plume of smoke into the sky. Images and video on social media showed people fleeing from Zaventem, and others injured in the check-in area.

Seventy minutes later, a blast hit an underground train at Maalbeek metro station, close to the European Parliament, during the rush hour. Pictures on social media showed a gutted train carriage, and a police officer told the AFP news agency: "There are wounded, There are dead. I don't know how many."

A witness at Maalbeek told Belgian broadcaster RTBF: "We felt an explosion which appeared to come from the front of the train. There was a lot of smoke. The glass doors were blown out. The explosion must have been enormous."

Authorities were quick to shut down the city's metro system and transportation hubs, although some of these are due to start re-opening at 4pm local time (15.00 GMT) media said.

Local reports suggested that the suicide bombers might be linked to Salah Abdeslam, who was arrested on Friday in Brussels over the Islamic State group's attacks in Paris last November, which killed 130 people.

Many victims of the Maalbeek bomb were rushed to the city’s St-Pierre hospital – where Abdeslam was treated at the weekend.

He was taken there on Friday after being shot in the leg during his capture, and he was then discharged on Saturday morning.

"It’s a horrible thought," Luc Martin, a 52-year-old father of three who had just visited a family member inside the St-Pierre hospital, told Middle East Eye.

"Numerous ambulances have been pulling up outside the emergency ward since first thing this morning. They are doing everything they can to save people."

"We were talking about Abdeslam last night – it seems incredible that he was being looked after by the same people," he added.

Attackers could still be at large

The foreign minister, Didier Reynders, said authorities feared that suspects involved in Tuesday's attacks could still be at large.

No group has as yet claimed responsibility, but social media accounts associated with IS do appear to be praising the attacks.

One airport witness said: "I saw people lying on the ground covered in blood who were not moving. At least six or seven people's legs were crushed. A lot of people lost limbs."

Airport baggage security officer Alphonse Lyoura told the AFP news agency: "A man shouted a few words in Arabic and then I heard a huge blast."

Zach Mouzoun, who had arrived at the airport just before the blasts, told France's BFM television the second explosion brought down ceilings and ruptured pipes.

"It was atrocious," he said. "There was blood everywhere, injured people, bags everywhere. We were walking in the debris. It was a war scene."

One airport employee told broadcaster VRT: "I was on a break and heard and felt a big explosion and saw a plume of smoke. The windows are completely shattered. People went outside in shock."

BBC jihadist media analyst Mina al-Lami said that IS supporters have been widely supporting the bombings and warning that more attacks were coming.

"Al-Qaeda supporters online have not really shared their opinion about the events," she told the BBC. “It’s another sign that points in the direction of ISIS not al-Qaeda.”

Police later detonated a suspicious package at the airport, with reports also saying that a Kalashnikov rifle and a suicide belt had been found among the rubble.

The explosions on Tuesday prompted authorities to increase security at airports and transport hubs across western Europe.

Belgium's national crisis centre said all metro stations, trains and public transport systems were being shut down in Brussels, and urged people to stay at home.

The country's interior minister, Jan Jambon, said on Monday that the country was on high alert for a possible revenge attack following the capture of 26-year-old Abdeslam. Belgium’s federal police also issued a "most wanted" alert for Najim Laachraoui, a 24-year-old IS operative suspected of making bombs for the Paris attack.

"We know that stopping one cell can ... push others into action," Jambon said. "We are aware of it in this case."