Twin bombings targeting the Yemeni army in the country's second city Aden on Monday killed at least 41 people, most of them would-be recruits, a military official said.

A suicide bomber killed 34 people queuing up to enlist at a recruitment centre near the Badr base in the Khormaksar district, said Brigadier General Nasser al-Sarei, commander of special security forces.

A second explosion went off inside the base afterwards, killing seven soldiers, the official said.

A third bomb was placed at the gate of a nearby army base, Reuters reported, but failed to go off. The Islamic State (IS) group claimed responsibility for the attacks in a statement posted online.

It named the bomber as Abu Ali al-Adani, saying he had detonated an explosives belt among "apostate soldiers" at an army recruitment centre.

The group published an image of the bomber, thought to have been 17 years old, as well as one showing the moment immediately after the blast went off.

That attack was followed by a bomb that exploded at the gate of the Badr army base.

Reports suggested that the bomber may have been a local from the city of Aden, rather than another part of Yemen.

A security official in the city, Nasser al-Anbouri, told local news site Aden al-Ghad that one of the bombers had been riding a motorcycle when he detonated an explosives vest.

Aden is the headquarters of the government of President Abd Rabbuh Mansour Hadi as it battles Houthi rebels who control the capital, and the city has seen a spate of attacks in recent months, mostly claimed by either al-Qaeda or its new rival in the country IS.

The attack - the bloodiest to hit Aden in months - came as two of the forces struggling to control Yemen sat down for renewed talks for the first time in nearly a week.

The troubled negotiations which began on 21 April broke off last Tuesday when the government delegation suspended its participation, accusing the Houthis of failing to keep their word.

Militant groups have taken advantage of years of political chaos that have beset Yemen - the poorest country in the region - to build up a strong base of support.

However, pro-government forces have stepped up an anti-militant campaign recently, with the support of troops from the UAE.

Troops advanced into the city of Mukalla last month, ending over a year of al-Qaeda control there.

Al-Qaeda was also hit by US drone strikes in the area, part of a campaign that Washington has stepped up in recent weeks.

Following the recapture of the city, IS launched a rare attack in an area that had been controlled by its rival al-Qaeda.

At least 25 people were killed and 45 injured on 15 May when a suicide bomber targeted a queue of police recruits at a security compound. 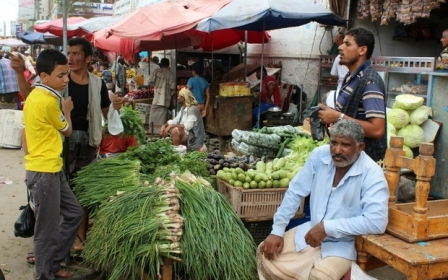 Yemen War
From anger to support, Yemenis react to qat ban in city of Aden