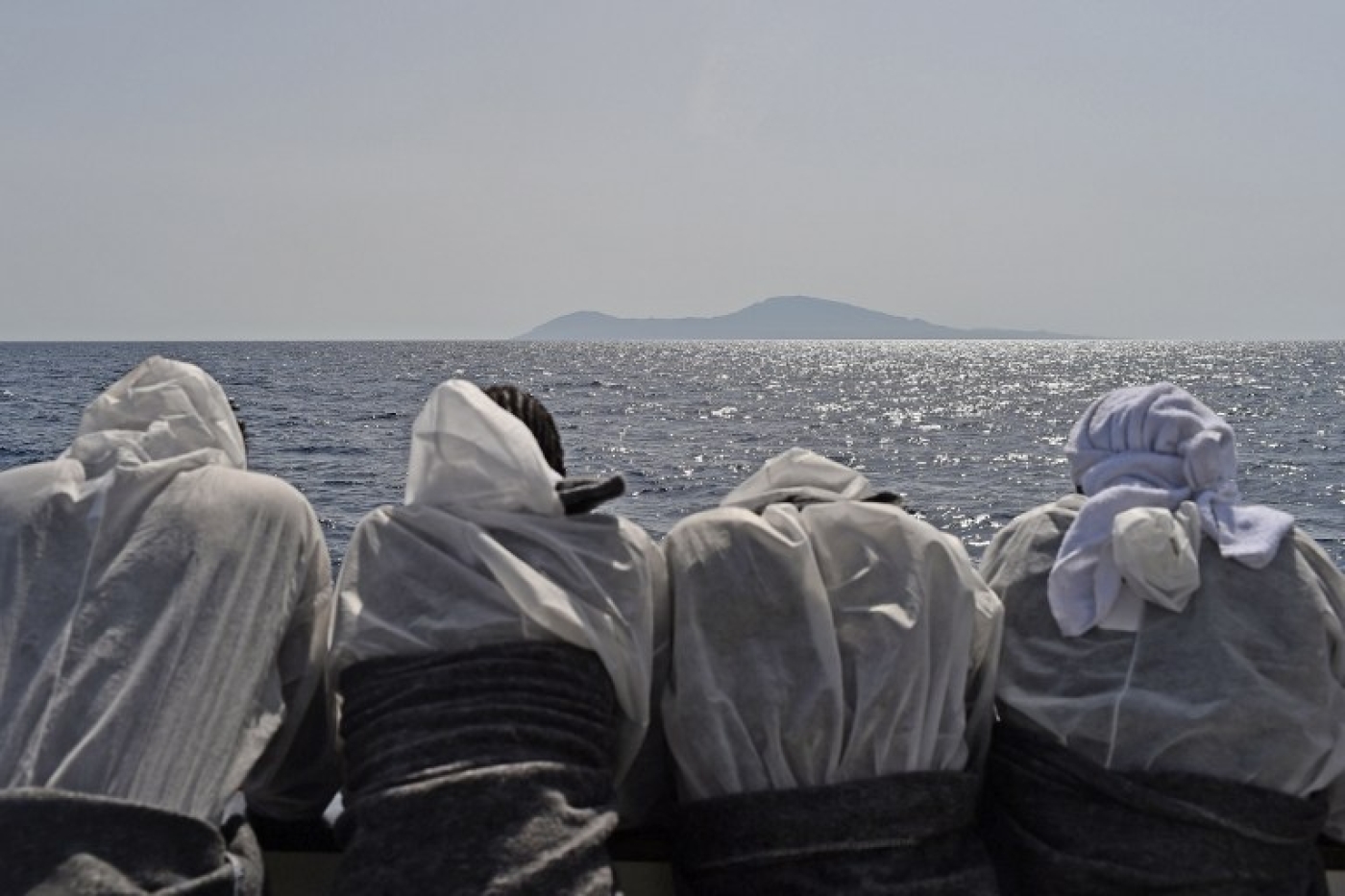 Migrants and refugees, among 10,000 rescued this week, look at Italian island of Pantelleria (AFP)
By
MEE and agencies

Dozens of refugees and migrants were missing on Friday after an overloaded fishing boat sank off the coast of Libya, the third major wreck in the Mediterranean in as many days, Italian rescuers said.

The Italian coastguard sent in rescue ships after a call for help that spoke of 350 people in the water. On Friday evening, the Italian navy said it had saved 130 people and was searching for others.

The coastguard, which coordinates rescue operations in the area, was not able to give further information immediately.

But it said about 1,900 people were saved on Friday from 16 vessels in distress, adding to an estimated 10,000 people already rescued near the Libyan coast by Italian, Libyan and other authorities in the past four days.

A bout of good weather as summer arrives has kicked off a fresh stream of boats attempting to make the perilous crossing from Libya to Italy.

About 40,000 migrants and refugees have arrived in the country's southern ports so far this year.

But in one of the worst tragedies in the Mediterranean in recent months, a fishing trawler carrying some 650 people capsized off the coast of Libya on Wednesday.

The Italian navy, which captured the tragedy in a horrifying video that shows the boat roll over and dump its passengers into the water, was able to rescue about 560 people.

But five people died and 100 people whom survivors said were inside the hull of the boat are still missing and feared drowned.

On Thursday, the EU's naval force said as many as 30 people were believed to have died after another ship turned over off the coast of Libya.