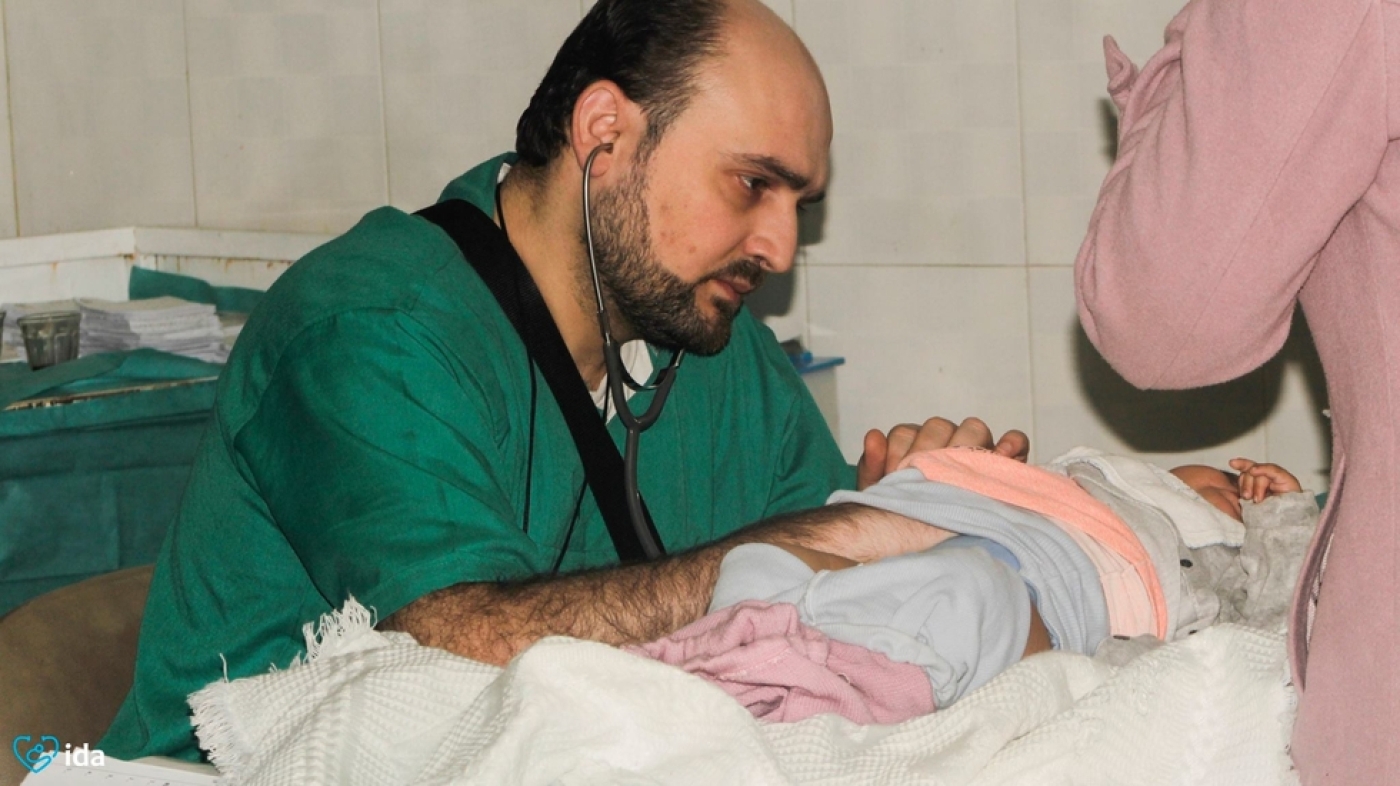 Syrian doctor Mohammad Wassim Maaz saved the lives of countless children in the war-ravaged districts of Aleppo city before an air strike this week on a hospital took his own.

"Dr Maaz was considered the best paediatrician and was one of the last ones left in this hell," one of his colleagues told AFP.

Late on Wednesday night, an air strike on the al-Quds hospital in the Sukari area of the city took his life and those of a dentist, three nurses, and at least 22 civilians.

Maaz was originally from Aleppo and had been preparing to travel across the border to Turkey to visit his family.

"Like so many others, Dr Maaz was killed for saving lives," said Dr Hatem, a colleague who preferred not to give his full name.

Hatem manages the Children's Hospital in Aleppo, where Dr Maaz worked during the day before tending to emergency cases in al-Quds hospital overnight.

"Dr Maaz and I used to spend six hours a day together. He was friendly, kind and he used to joke a lot with the whole staff," Hatem said in a letter published by the Syria Campaign advocacy group.

He said that Dr Maaz, 36, used to work at the Children's Hospital during the day and then attend al-Quds hospital for emergencies in the evening.

"He was the loveliest doctor in our hospital."

That tribute has now been shared more than 23,000 times on Facebook.

Another colleague of Dr Maaz told the BBC that they had worked together for five years.

"He was one of my best friends. He was 36 years old, unmarried up until now, waiting for this bloody war to stop to be married," he said.

Dr Maaz kept his beard nearly trimmed and maintained an unlikely sense of humour given the horrors he saw on a near daily basis in the rebel-held parts of the northern city.

More than 270,000 people have been killed in Syria's brutal conflict, which has seen hospitals destroyed and medical staff killed across the country.

"Dr Maaz stayed in Aleppo, the most dangerous city in the world, because of his devotion to his patients," Hatem said.

Al-Quds hospital was supported by both Doctors Without Borders (MSF) and the International Committee of the Red Cross.

MSF said it had been donating medical supplies since 2012 to the 34-bed al-Quds hospital, where eight doctors and 28 nurses worked full time.

"Out of the eight doctors, there are now only six left," Miskilda Zancada, head of MSF's Syria mission, told AFP from Kilis in Turkey.

She said 95 percent of the doctors in opposition-held parts of the city have left or been killed, leaving between 70 and 80 doctors to treat 250,000 people.

"The people who are left in Aleppo are the most vulnerable," Zancada said.

MSF spokesperson Mirella Hodeib said Dr Maaz was a "very dedicated paediatrician and chose to risk his life to help the people of Aleppo".

"His death is a terrible loss."