An Egyptian air strike killed the head of the Islamic State (IS) group in the Sinai Peninsula along with top aides and dozens of other militants, the army said on Thursday.

Abu Doaa al-Ansari was among more than 45 militants killed in the operation carried out by the air force and the anti-terrorism squad, according to a statement posted on the army spokesman's Facebook page.

Since Egypt's military overthrew Islamist president Mohamed Morsi in 2013, militants have stepped up attacks on the army and police with near daily attacks in North Sinai.

Most of the attacks that have killed hundreds of policemen and soldiers have been claimed by "The Sinai Province," the Egyptian branch of IS.

The army spokesman did not specify when the operation was carried out.

The statement on his website said military forces "were able to kill the leader Ansar Beit al-Maqdis, the terrorist called Abu Doaa al-Ansari and a number of his top aides in addition to more than 45 terrorist elements".

Ansar Beit al-Maqdis was the previous name of the group before it swore allegiance to IS in November 2014.

The statement said dozens of others were "targeted with precise hits" in the joint operation against strongholds of the group south and southwest of the Sinai city of El-Arish.

The operation also destroyed depots where weapons, ammunition and explosives were stashed, it said.

The Sinai Peninsula borders Israel and the Gaza Strip. El-Arish is the provincial capital of North Sinai, where the militants are active.

Despite a massive military campaign to uproot IS from Sinai, the group has kept up attacks with roadside bombs and ambushes in the eastern peninsula.

Most of the group's attacks have targeted security forces, but some have also targeted Egyptian Christians and tourists.

Last year, the group claimed responsibility for bombing a Russian airliner carrying holidaymakers from an Egyptian resort, killing all 224 people on board. 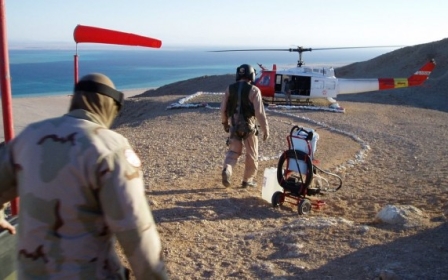 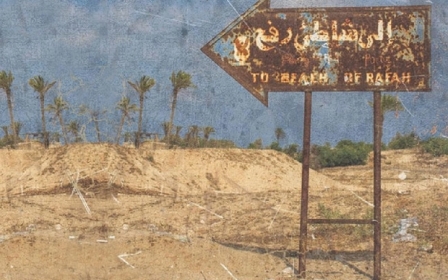