Why haven't treatment facilities been built for mysterious infrastructure under Suez Canal if water is intended for Egypt? asks whistleblower The Egyptian government has laid secret tunnels under the Suez Canal to transport water to destinations almost certainly outside of Egypt despite the country’s crippling shortage, whistleblower Mohamed Ali told Middle East Eye.

“Engineers who worked on these tunnels told me about them and said they had cost billions of dollars,” Ali told MEE from a secret location in Spain.

Ali, who for years worked as a contractor for the Egyptian military and government, said his contacts in the construction business told him that there was a lack of infrastructure built around the tunnels, raising questions about the intended destination of the waters.

“If this water is going to the Sinai, then why have they not begun establishing water treatment plants?” Ali asked.

“That means the water is not going to Sinai, it is going to another place.”

'If this water is going to the Sinai, then why have they not begun establishing water treatment plants?'

Population growth, mismanagement of resources and a lack of investment in water infrastructure have made Egypt one of the world’s most “water-stressed” countries, according to the United Nations.

Once an insider who saw the military and government’s inner workings first-hand, Ali now lives in hiding and has become one of President Abdel Fattah el-Sisi’s most prominent critics.

Since early September, he has been firing off a volley of videos, alleging widespread graft at the hands of Sisi and other top officials.

They have sparked furious anger against Sisi and in late September prompted the first major protests against his rule in years.

Sisi, Ali said, has been squandering money that could have been used to alleviate the crisis. “He admitted we have a shortage of Nile water,” Ali noted.

“There is a big question mark. I’m asking Sisi to answer me and the Egyptian people: where is this water going?”

Looming over Egypt’s water anxiety is the Grand Ethiopian Renaissance Dam (GERD), a $4bn behemoth being built up the Nile in Ethiopia.

Though it lies 2,500 km to the south of Cairo, the dam could have a devastating effect on Egypt’s water supply. Some 90 percent of Egypt’s 100 million people rely on the Nile’s water. 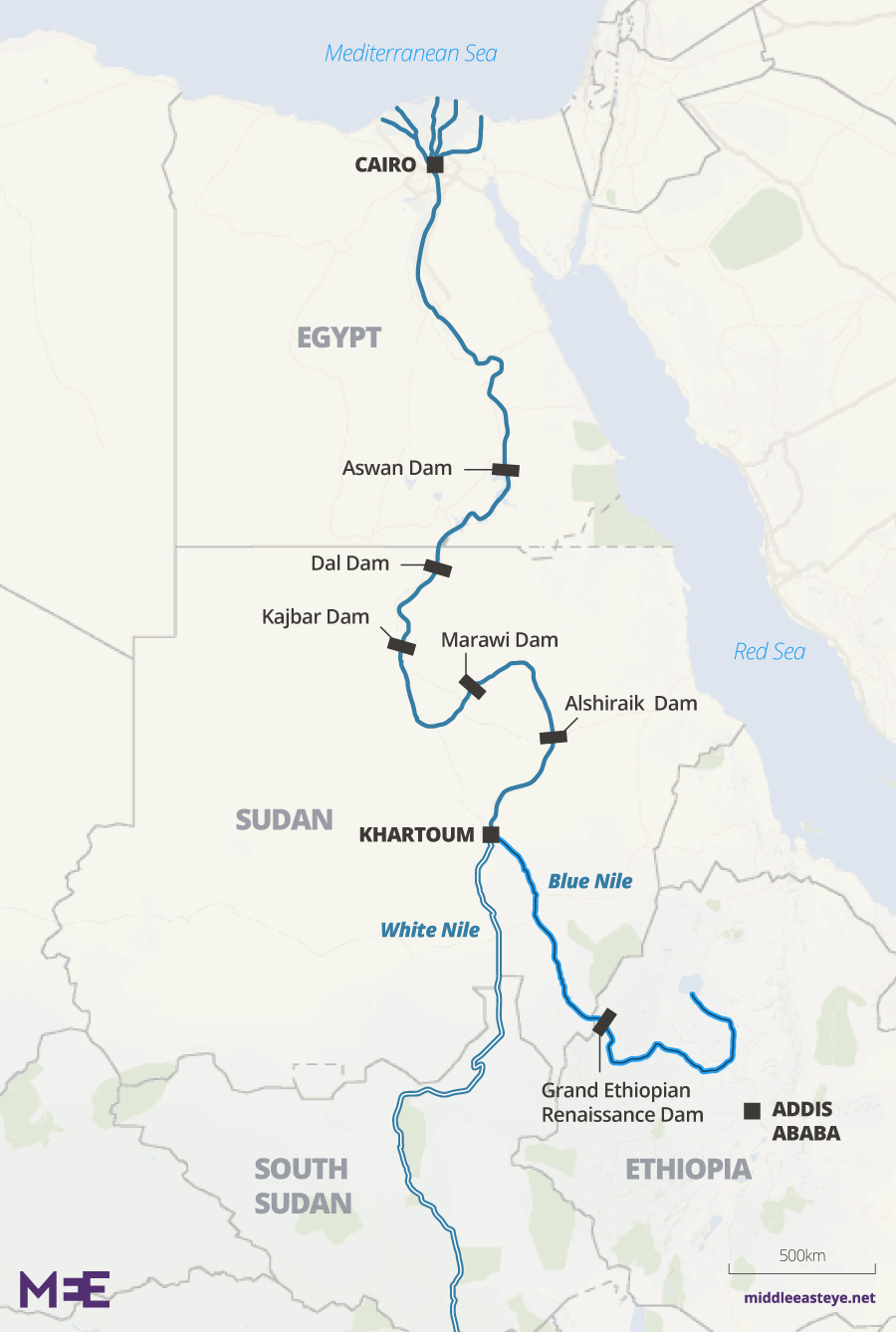 Once the dam is constructed on the Blue Nile, one of the Nile’s two major arteries, Ethiopia will effectively control the flow of the river.

“No one can touch Egypt’s share of Nile water,” Sisi said in 2016. “It is a matter of life and death… this is our country and water must be secured for our citizens, from Aswan to Alexandria.”

Despite his tough talk, Sisi has come in for criticism recently for his failure to resolve the issue with the Ethiopian government.

Egypt has been seeking assurances from Ethiopia that the GERD will not disrupt the amount of water the country receives. Talks have broken down but are set to resume on Monday.

“What’s happening in Egypt now is a disaster, especially the Renaissance Dam and if Nile water is blocked from Egypt,” Ali said. How to build a luxury hotel in Egypt, according to Mohamed Ali
Read More »

Egypt, Ethiopia and Sudan have previously made some headway towards a solution to the Nile’s flow, inking a framework deal in 2015 whose contents have not been made fully public.

However, Sisi has blamed the 2011 uprising that ousted longtime autocrat Hosni Mubarak for compromising Egypt’s position in the negotiations.

“If not for 2011, there would have been a strong and easy agreement on constructing this dam. But when the country exposed its back and ... stripped its shoulder naked, anything could be done,” Sisi said on Sunday at a military forum.

Ali, however, categorically rejected Sisi’s account, blaming the crisis and stalled negotiations on the president instead.

“How could you say that in 2011 Egypt was stripped naked and we were exposed? You are the one who signed the contract with Ethiopia," he said.

Ali also brushed off Sisi’s call for international mediation to help with the negotiations with Ethiopia after saying the talks that ended earlier this month have once again hit a deadlock.

“Aren't you the one who resorted to a third party to resolve the conflict? Who is responsible then? … The revolution?” he said.

In light of Egypt’s apparent expenditure on secret water-transportation tunnels, and with the pact already prompting the government to restrict the growth of rice and sugar cane, Ali called on Sisi to make the details known. 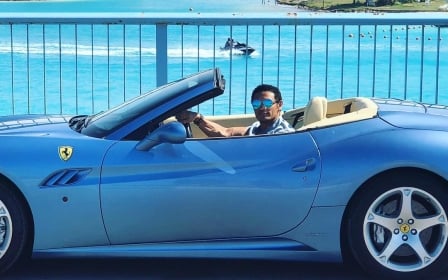 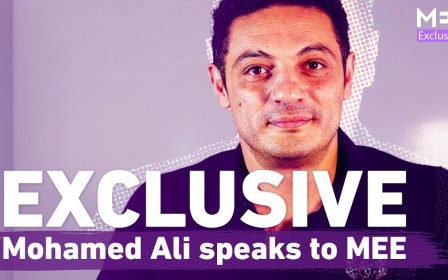