Journalists and activists denounce celebration of ancient Egypt as distraction from repression, poverty and government's poor handling of pandemic 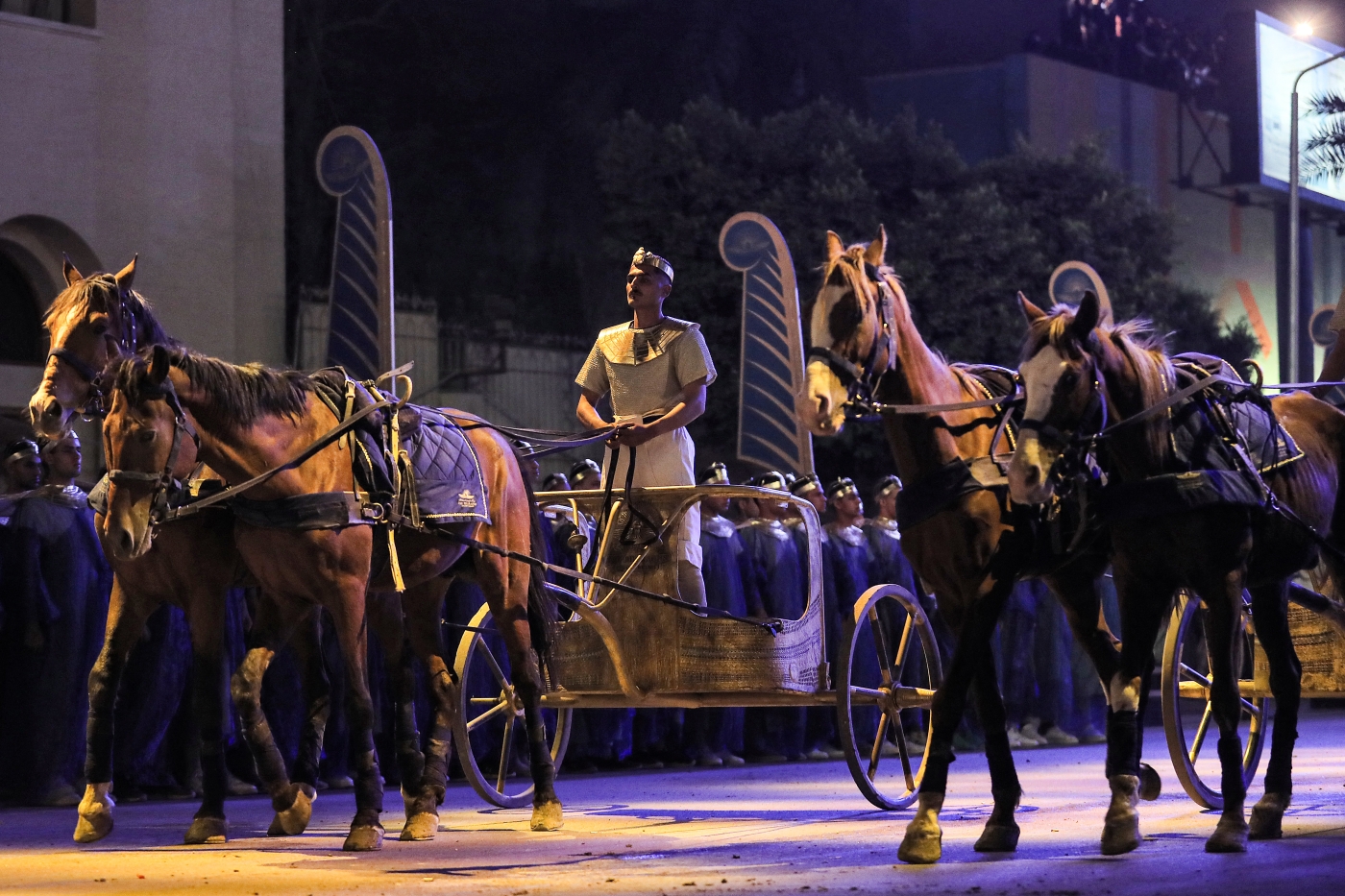 Egypt held an extravagant parade on Saturday, as it transported twenty-two ancient mummies from the Egyptian Museum in central Cairo to a new resting place south of the city.

The royal procession, which saw the transfer of 18 kings and four queens originally buried 3,000 years ago, was watched by millions across the world, and its grandeur invoked feelings of Egyptian pride and historical greatness.

President Abdel Fattah el-Sisi, who received the mummified royals at the newly inaugurated National Museum of Egyptian Civilisation, hailed the event as a national success.

"This majestic scene is new evidence of the greatness of this people, the guardian of this unique civilisation that extends into the depths of history," he said.

Despite the pomp and celebratory mood, many took to social media to criticise the event for prioritising the celebration of the dead, while the living - including political detainees, and victims of Covid-19 and a recent train crash - were being neglected.

'If death has majesty, life has rights'

Several commentators accused the government of using the parade to distract from human rights abuses.

"I hope that one day in Egypt, the living will be celebrated with the same grandeur as the celebration of the dead," said Egyptian writer May Azzam. "If death has majesty... life has rights."

lot of lights, lot of music, lot of the audience, so much of focusing on #Sisi !!!
all of this to cover up the military regime’s crimes against humanity in Egypt #موكب_المومياوات_الملكية #ThePharaohsGoldenParade pic.twitter.com/2yxZIWF73r

Social media users took the opportunity to highlight the plights of thousands of Egyptians who had been detained by authorities in recent years.

Journalist Rawaa Auge said that while the parade was "beautiful", she struggled to accept the joy of the occasion "while thousands of families are deprived of the safe return of their children alive".

Translation: We are all waiting for the next great parade, and the world will watch. The procession for the release of the detainees.

Sisi, who overthrew the country's first democratically elected president, Mohamed Morsi, in a 2013 coup, has overseen an extensive crackdown on political dissent that has steadily tightened in recent years. An estimated 60,000 political prisoners are being held in Egyptian jails, according to rights groups.

Referring to those detained, activist Haytham Abokhalil said: “The best event to shake the world. A convoy transporting 60,000 Egyptians mummified years ago in detention camps to their homes”.

Comparison to extravagance of Iranian Shah

Many observers saw the lavish celebration as a waste of money, at a time when Egypt could do with public spending on health care, transport and education.

Translation: The truth is the question that stuck in my mind yesterday as I watched the royal mummies parade, is: Why does Egypt appear so generous with the "dead" and put on the clothing of the wealthy, in exchange for showing extreme miserliness with the living and claiming poverty even in their treatment, education, and sustenance for their day?!

Egyptian presenter Gamal Helal said the government was “spending millions on concerts and decorating the streets” while its people were “dying in trains and under rubble without developing the infrastructure needed by the millions of poor”.

He claimed that the injustice was ironically reminiscent of the pharaohs of the past.

Helal was referring to a train crash last month that resulted in the death of 19 people in Egypt’s Sohag governorate. Many have blamed the incident on the authorities for failing to improve the country’s transport infrastructure, despite a long history of railway disasters.

Khaled Fahmy, professor of modern Arabic studies at the University of Cambridge, said that the attention to detail of the lighting, music and design of the parade raised important questions about Egypt's priorities.

"When the state has such abilities, capabilities, and skills, why don't you see it impact issues that really matter to people: health, transportation and education? How can we have money like this but we can't buy enough serum to vaccinate people against coronavirus?” he asked in a lengthy Facebook post.

In recent months, Egypt has come under criticism for announcing big-budget projects, including a "Cairo Eye" landmark, a flashy train line, and a mega-mosque, while the country's hospitals continue to be devastated by the pandemic.

Translation: In a country where 32.5 percent of its population is below the poverty line, threatened by water poverty, and its total foreign debt is $120bn, millions of dollars have been spent for one night, and sadly this reminder of the 7,000-year-old civilisation comes at a time when dictatorship rules and the military invades.

Some users even went as far as comparing President Sisi to Mohammad Reza Pahlavi, the last Shah of Iran, over the decision to invest in a historic parade.

In October 1971, the Shah held a lavish celebration marking the 2,500 year anniversary of the Persian empire, in an attempt to link himself with centuries of ancient Iranian civilisation and history.

However, the superfluous event, described by some as the most expensive party ever held, has since been viewed by historians as paving the way for the Islamic revolution which took place eight years later.

Al-Mayadeen reporter Rida al-Basha noted that the global community praised and applauded the Shah at the time for reviving ancient Persian history, but ignored the scale of poverty that had begun to spread in Iran.

He said that 50 years later, Egypt had now also "dazzled the world" with its ancient historical parade, but that the “festival forgets hunger spread in Egypt”.

Translation: In October 1971, Shah Mohammad Reza Pahlavi held a legendary ceremony to commemorate 2,500 years since the founding of the Kingdom of Persia. The 'celebration of the century' wanted to reflect that this oppressive regime is an extension of an ancient nation/civilisation. There is no better way to present a political statement through a celebration reviving history for propaganda purposes. A scene constantly seen/duplicated by most authoritarian regimes for the same purpose.

The poor kept away

Concerns were also raised about the conditions of those living near where the parade took place.

One Facebook user posted photos and videos of unsanitary and filthy conditions of a public bathroom under the 6th October Bridge in Cairo, which were taken just metres away from the Egyptian Museum where the mummies were being transported from.

A report in the New York Times claimed that large Egyptian flags and plastic screens were used along the route to prevent international television viewers from seeing some of Cairo's impoverished neighbourhoods.

Two security officers said that those living in nearby neighbourhoods were not allowed to step onto the street to watch proceedings, the report claimed.

"There is a tendency to try to show a better picture instead of fixing the existing reality," Ahmed Zaazaa, an urban planner, told the New York Times.

"The government says they are making reforms, but the vast majority of people in Cairo who live in working-class neighbourhoods are excluded."

Cairo's iconic Tahrir Square, where much of the parade took place, has in recent years undergone a facelift which some have described as a deliberate attempt to "erase" the 2011 uprising that took place against longtime president Hosni Mubarak.

Journalist Abdelrahman Ayyash pointed out the irony that those who had been celebrating the parade in Tahrir Square over the weekend had turned a blind eye to the looting of Egypt's national museum - located within the square - a decade earlier, as they focused their attentions on dispersing protesters.

"The revolutionaries desperately protected the Egyptian Museum at a time when the state, its interior, its military intelligence, and its head, Major General Sisi, allowed the destruction and looting of its antiquities," he said. 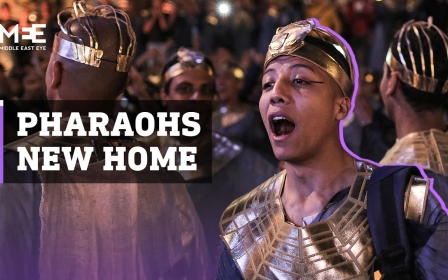 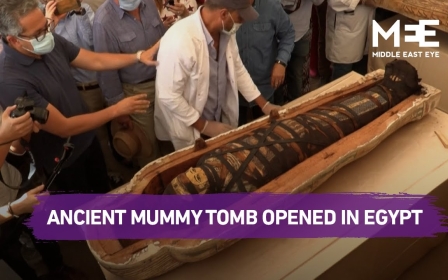