They had initially been sentenced to life in prison 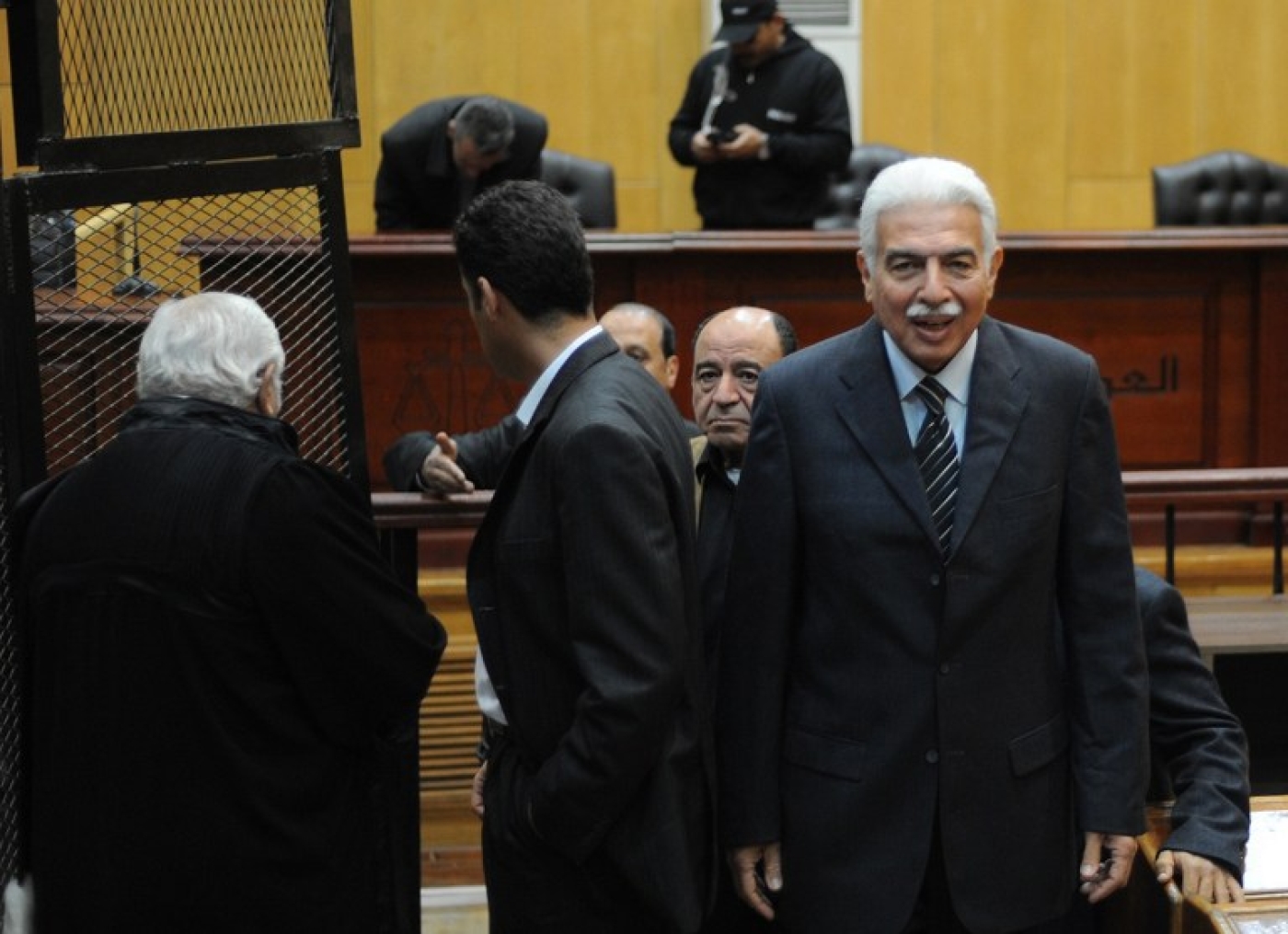 An Egyptian court acquitted a former prime minister and an ex-interior minister of corruption charges in a retrial Tuesday, the latest reversal of verdicts against officials who served under strongman Hosni Mubarak.

Ex-Prime Minister Ahmed Nazif and former Interior Minister Habib al-Adly were sentenced to jail after Mubarak's 2011 overthrow for a deal to import licence plates from German company Utsch at an exorbitant price.

An appeals court overturned the suspended sentence for Nazif and the five-year prison term for Adly, and ordered the retrial.

A representative of Utsch and a former finance minister under Mubarak were also sentenced in the first trial but were not included in the appeal because they were tried in abstencia.

The verdicts are only the latest in a string of aquitalls which have seen several Mubarak-era officials, including the ousted strongman himself, cleared of corruption charges as well as involvement in the murder of anti-Mubarak protesters. Adly was cleared of murder charges in a separate retrial with Mubarak in November that also saw charges against the former president dropped. They had initially been sentenced to life in prison.

A lawyer for Adly told AFP that the former interior minister faced one remaining trial which is expected to reach a verdict next month.

He has served his three-year sentence from another corruption trial, the lawyer Essam al-Batawy said.

Critics of President Abdel Fattah al-Sisi say Mubarak-era officials are making a comeback under his watch, an allegation the president has denied.

Sisi, the former army chief, won an election in May 2014, almost a year after toppling president Mohamed Morsi amid massive protests demanding the Islamist leader's resignation.

The government has since unleashed a deadly crackdown on Morsi supporters and some secular dissidents. Some youth protest leaders who spearheaded the 18-day revolt against Mubarak have been jailed on charges of illegal protest over the past year.