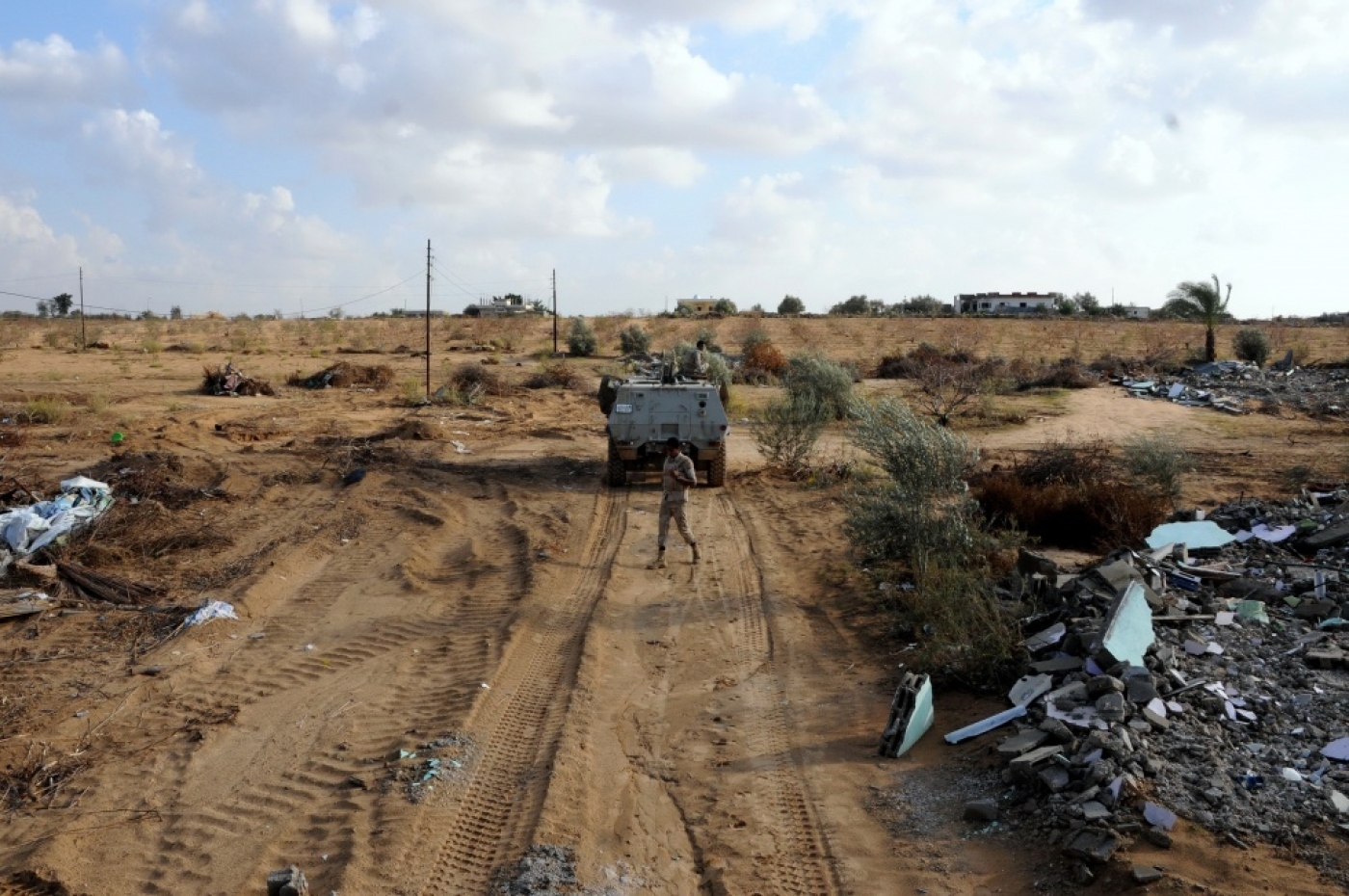 Egyptian military officials have announced that the buffer zone set up between the Sinai Peninsula and the Gaza Strip is to be doubled to 1,000 metres.

The decision came after the discovery of longer underground tunnels connecting the two regions, the state MENA news agency said.

Many residents of the Sinai rely on smuggling through the tunnels for their living, selling items to Gazans, though the Egyptian army claims that weapons are delivered to militants in Sinai from the Gaza Strip.

The Egyptian government declared a state of emergency in the Sinai’s border region in October following the death of at least 33 security personnel after an attack claimed by the militant group Ansar Beit al-Maqdis (ABM).

A former Egyptian intelligence official revealed on Monday that the army had been planning to establish a buffer zone with the Gaza Strip “for years".

In an interview with Egyptian daily al-Watan, Naji Shuhud, a former assistant director of military intelligence, said that “the decision to raze homes along the border strip, and establish a buffer zone, has been studied for many years".

“We had this plan in mind for years, but plucking residents out of their environment, as happened with the relocation of people in Port Said and Ismailiyya, is not an easy matter,” he told the newspaper.

“I can confirm that the decision is nothing new, and doesn’t come as a surprise – we have taken a decision like this before, and then backed away from it on more than one occasion.”

A spokesperson for the Egyptian Interior Ministry also warned on Monday that “the intelligence agencies of foreign powers supported the cells that committed the two recent terrorist crimes in Sinai and Damiat".

Violence in the Sinai has been frequent since the ousting of the Muslim Brotherhood’s Mohamed Morsi in July 2013.

The Sinai-based group has carried out numerous attacks against Egyptian state targets, killing scores of police officers and soldiers, as well as conducting attacks against neighbouring Israel.

On 10 November, the group pledged allegiance to the Islamic State (IS) by posting a video on social media.

It had previously expressed support for IS, but stopped short of pledging its allegiance before, even denying it last week – a move Sinai experts said was indicative of a split within the group.