The hunger strike is set to continue until 11 February, on the anniversary of Hosni Mubarak's overthrow 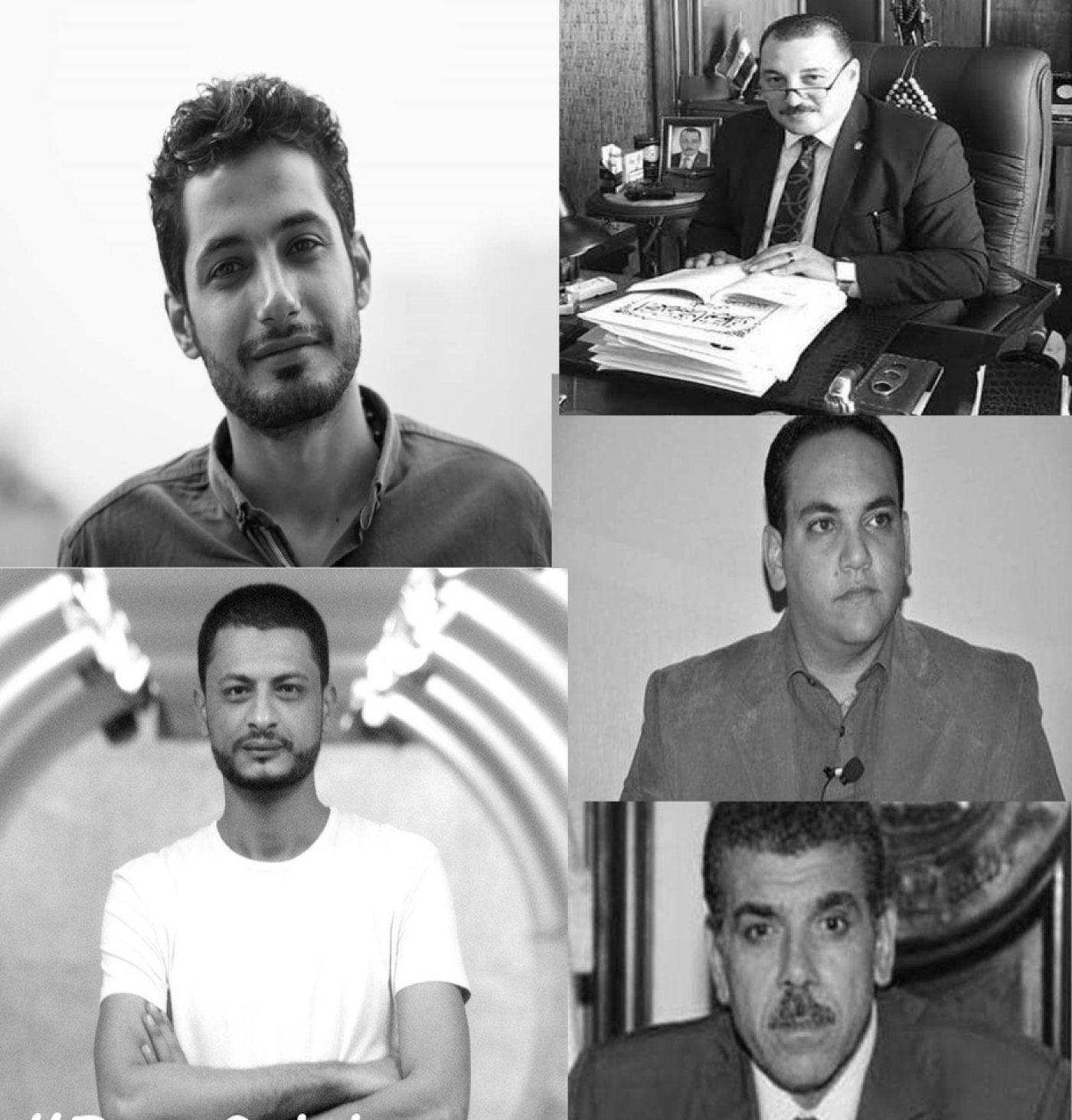 Five prominent Egyptian political prisoners started a hunger strike on the eve of the eighth anniversary of the 25 January revolution, according to a family member and a human rights activist.

Egyptian activists Laila Soueif and Aida Seif El-Dawla, who are not in jail, also said they would join the hunger strike in solidarity with prisoners.

The full hunger strike will continue until 11 February, the eighth anniversary of the overthrow of Egyptian autocrat Hosni Mubarak in 2011 after 18 days of protests.

“Islam has decided to go on hunger strike from tonight until 11 February, as a reminder of his arbitrary detention for more than 320 days after being subjected to enforced disappearance and torture," Nour Khalil wrote on Facebook on Thursday. "He is demanding his right to freedom and justice, and to prosecute the real criminals behind his disappearance, torture and trumped-up charges.

“Islam has chosen to start a hunger strike on the anniversary of the revolution, using his legal and humanitarian right to peaceful expression of his rejection and anger, because this is not his first anniversary in jail, without having committed any crime, and because his demands are the same demands of the January revolution.”

Islam has chosen to start a hunger strike on the anniversary of the revolution, using his legal and humanitarian right to peaceful expression of his rejection and anger

According to Amnesty International, 30-year-old Islam, a former sales manager, was a victim of enforced disappearance twice in the past three years.

In May 2015, he was arrested by National Security Agency officers from his home in Gharbeya governorate northwest of Cairo and went missing for 122 days, during which he was subjected to torture and forced to confess to crimes - including membership of an illegal group and spreading false news - which he denies.

He was released on bail in August 2016, then arrested again last March, and appeared at Tora Investigation prison last April after going missing for nearly 20 days. He was charged with “membership in a banned group” and “spreading false news”. His pre-trial detention has since been renewed every 45 days.

Shadi el-Ghazali Harb was one of the prominent Tahrir Square leaders of the 25 January revolution, and has been held in pre-trial detention since May on charges of “joining a terrorist group” and “spreading false news”.

The charges were based on critical tweets by Harb commenting on a number of events including Egypt's ceding of the Tiran and Sanafir islands to Saudi Arabia, donating over 1,000 km of Sinai territory to a Saudi mega-project, and the Egyptian-Israeli gas exchange deal, according to the Egyptian rights group Association of Freedom of Thought and Expression (AFTE).

Galal El-Behairy, a poet, was sentenced to three years in prison last July on charges of blasphemy, publishing false news and insulting the military. He was arrested in March after the release of a song that he had written that indirectly poked fun at Egyptian President Abdel Fattah al-Sisi.

Abdel Fattah al-Banna, detained since August, is a professor of restoration of antiquities at Cairo University’s School of Archaeology. He was a nominee for the post of minister of antiquities in the post-revolution government of Prime Minister Essam Sharaf, but turned down the appointment.

Prior to his arrest, Banna had been critical of corruption in the antiquities sector in Egypt, and called for a restructuring of the ministry. In his last interview before his arrest, he questioned the feasibility of foreign exhibitions displaying ancient Egyptian antiquities, as many have been damaged while being transported abroad.

Banna was rounded up last summer in a raid that targeted six other prominent leftist public figures, including ambassador Massoum Marzouk, who had called for a referendum on Sisi. Charges brought against both Banna and Marzouk included “assisting a terrorist group” and “receiving funds to carry out acts of terrorism”. They denied the charges.

Sisi has waged a relentless crackdown against both Islamist and secular pro-democracy activists since the coup he led against his predecessor Mohamed Morsi in July 2013.

According to HRW, whose work has been banned in Egypt since 2014, the Sisi government has imposed a virtual ban on protests and inaugurated at least 19 prisons to accommodate a surging number of political prisoners.

Ahmed Benchemsi, a HRW official, said at a press conference in London on Tuesday that the Sisi government was using terrorism as a “pretext to stifle opposition”, a narrative that he said has been accepted by Egypt's allies abroad.

The Sisi government’s counterterrorism approach, he said, is creating a "boomerang effect" and stoking discontent that feeds militants affiliated with the Islamic State (IS) group.

Sisi’s second and last term in office ends in 2022, but an Egyptian court is currently reviewing a lawsuit demanding constitutional amendments that would extend his term.

The lawsuit was opposed by more than a thousand Egyptian public figures and politicians, who dismissed it as an attempt to perpetuate the 64-year-old’s rule.

On Friday, eight independent human rights organisations urged Egyptians to pressure Sisi to leave office when his term ends in 2022. The term limits, the organsiations said, are “the sole enduring democratic gain following the revolution of 25 January 2011.
“Undoing this achievement is not only a grave loss to those Egyptians who fought for it, but is also a genuine threat to Egypt’s political and social stability,” they added.