An Egyptian court on Tuesday sentenced a former student to three years in prison for sexually harassing two young women, in a case that triggered a MeToo campaign in Egypt earlier this year. 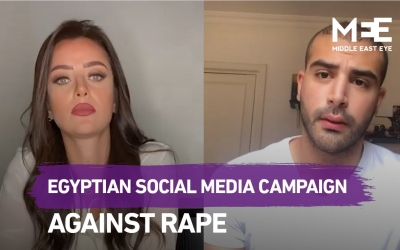 Ahmed Bassam Zaki, a former student at the American University of Cairo, was found guilty by the economic court, which tries cyber crimes, of "sexually harassing two girls over the phone, sending sexual photos to one of them and repeatedly contacting the other without her consent," a judicial source told AFP.

In July, Instagram and Twitter accounts under the name of "Assault Police" published claims against Zaki, including an alleged rape and dozens of incidents of assault against women and girls, as young as 14, some involving blackmail.

Allegations against Zaki had been made before, but authorities reacted only after the claims went public through "Assault Police," which had received more than 100 complaints against him.

Zaki was arrested on 4 July and confessed to assaulting and blackmailing six complainants, one of whom was a minor.

A criminal court on 9 January will try Zaki, who is in his early 20s, on charges of sexually assaulting three underage girls and attempting to blackmail them.

Zaki can appeal against the verdict, the judicial source said.

The case sparked a MeToo movement campaign in a country where women suffer widespread sexual harassment, a criminal offence since 2014.

The National Council for Women said that within five days of the case being made public it received 400 complaints, mainly about violence against women.

Despite legislation and civil society efforts to address the problem, surveys have shown that nearly 60 percent of women have been the target of this form of harassment in public spaces, and an equal proportion of men have admitted to harassing women in public.

Women are often reluctant to speak out, fearing public shame and being blamed for dressing or acting "provocatively".

Egypt's parliament in August approved amendments to the criminal code granting victims of sexual assault the right to anonymity. The move was aimed at encouraging women and girls to report cases of sexual violence.

One prominent case that came under the spotlight through Egypt's MeToo campaign was an alleged gang rape of a young woman at Cairo's luxury Fairmont Nile City Hotel in 2014.

The suspected nine men, believed to be from wealthy backgrounds, allegedly used a video of the incident to blackmail her into silence.

Authorities later arrested witnesses in the case, in a move denounced by critics as an attempt at intimidation. 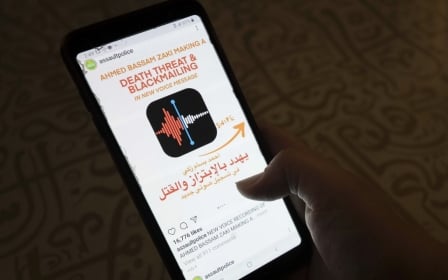