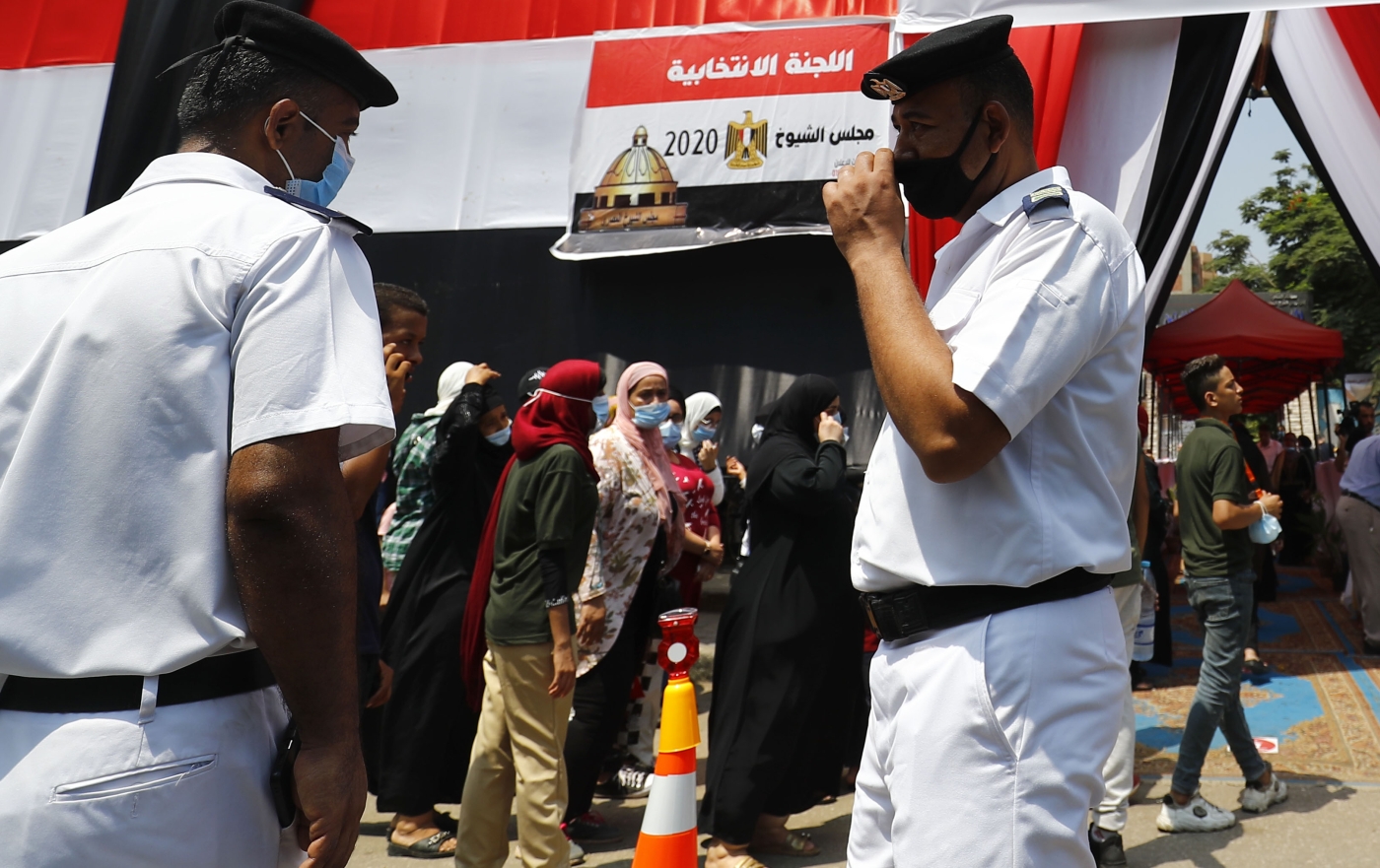 The Senate elections took place earlier this month, despite the coronavirus pandemic (AFP)
By
Nadda Osman

Egypt's election commission on Wednesday announced it would refer around 54 million citizens who did not vote in this month's Senate elections to the country's prosecutors.

The Senate elections were held on 11 and 12 August at 11,500 polling stations across Egypt.

According to data published by the National Elections Authority, only 14.2 percent of eligible voters voted.

Any prosecutions are unlikely to lead to trials, as Egypt's judiciary does not have the financial means to prosecute such a large number of people - representing around half of the country's population of 102 million.

Many people have taken to social media to criticise the decision, claiming it was merely a means for the government to fine people and collect money.

Translation: #WhatCanYouSayToTheProsecution Either way, the results are faked, so what is the point of tiring yourself and making the journey. In any elections, the people have taken the decision to boycott because either way the government does what it wants. So why is the government upset with the people? We have let you succeed and fail as you wish.

Amendments made last year to Egypt's constitution, approved by a referendum, provided for the creation of a Council of Senators.

The newly revived Senate replaces the previous Shura Council, which was dissolved in 2014, and is supposed to act as an advisory body.

The vote was held for 200 of 300 Senate seats, with the remaining 100 appointed by President Abdel Fattah el-Sisi.

The majority of the 762 candidates running in elections are Sisi supporters, with the country's political opposition largely silenced by a crackdown that has seen thousands jailed or exiled since the coup that toppled former head of state Mohamed Morsi in 2013.

Translation: This discussion of fines is a farce and unconstitutional, it is impossible to implement. They are just trying to scare people into going out to vote in the next parliament elections. So don’t go out to vote.

Article 57 of Egypt's law on the Exercising of Political Rights fines anyone who fails to cast their votes, with a maximum fee of 500 Egyptian pounds ($31), as specified by a 2014 law, for anyone who has no extenuating circumstances.

According to reports in Egyptian media, the board of directors of the National Elections Authority held a meeting to discuss how to apply the law, and decided to prepare lists of names of those "who failed to perform their national duty" by voting.

The elections had been also marred by intimidation and apathy, with mistrust between civilians and politicians.

The vote was also deemed controversial as it took place despite the coronavirus pandemic, which likely had an impact on voter turnout.

Translation: Honestly, it was not my decision whether to go out and vote. This was the decision of the prime minister who decided to ban Friday prayers in order to protect people from large gatherings. Don't these elections count as large gatherings? We're just following instructions.

In some parts of the country, food was given away in exchange for votes, which is common in several of Egypt's electoral events, where mostly wealthy candidates use the tactic to influence the vote and increase turnout.

Translation: How will you take action against people for not participating in elections? Is it not our constitutional right to abstain from voting, especially if it is a farce? Are you not ashamed to be men of law when you don't know anything about it? You are helping oppressors oppress people and steal their money.

Sisi has been accused of overseeing the worst crackdown on human rights in the country's modern history.

A former army general, he came to power after ousting his democratically elected civilian predecessor Mohamed Morsi in 2013. He has defended the crackdown on dissent as part of his "war against terror".

Rights groups have estimated that more than 60,000 political prisoners currently languish in Egyptian jails on politically motivated charges, while hundreds of others - including Morsi himself - have died as a result of medical negligence in custody. 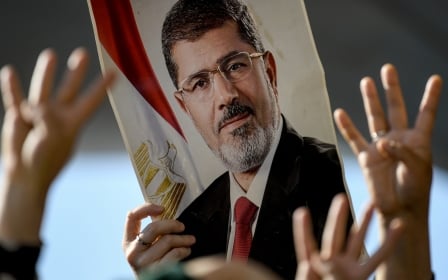