As the 10 men are sentenced to death, Muslim Brotherhood makes call for UN, EU intervention in Egypt 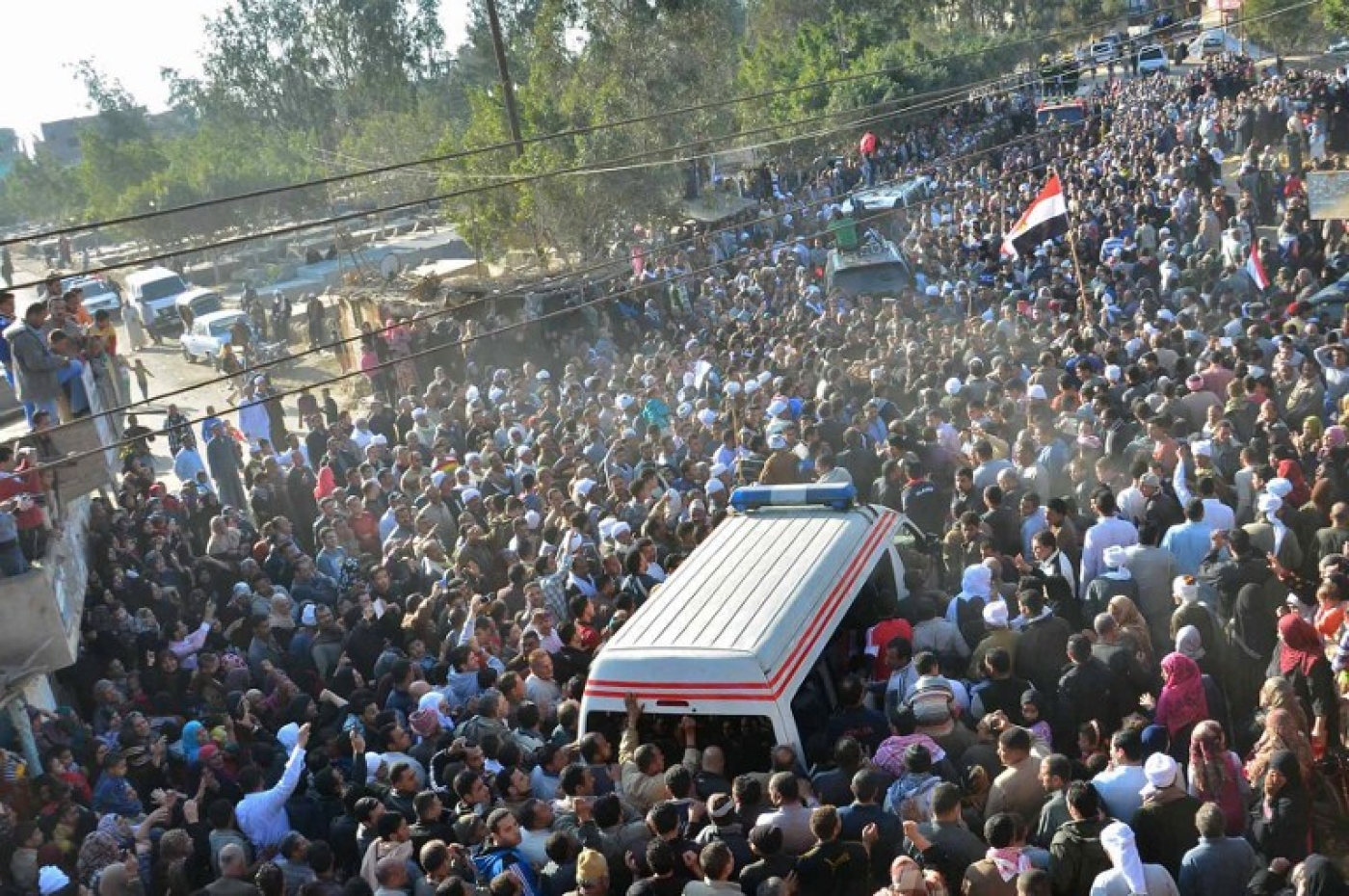 An Egyptian court on Thursday sentenced 10 men to death for killing a security guard for one of the judges hearing a case against ousted president Mohamed Morsi, an official said.

Sergent Abdallah Metwally was part of a team of policemen guarding the home of judge Hussein Kandil, when he was gunned down in February 2014 in the city of Mansoura north of Cairo.

At the time, Kandil was the presiding judge in Morsi's trial for escaping from jail during the 2011 uprising that ousted longtime president Hosni Mubarak.

Since Morsi's overthrow in July 2013 by then army chief and now President Abdel Fattah al-Sisi, hundreds of people have been sentenced to death in speedy trials amid a brutal government crackdown on his supporters.

In May, Morsi and more than 100 co-defendants were sentenced to death in that trial for plotting jailbreaks and attacks on police.

On Thursday, the Muslim Brotherhood - which has been lobbying the Africa's highest judicial authority to intervene against Egypt's use of the death penalty for more than a year - called for international and regional bodies, including the UN Security Council and EU, to intervene in what the group's lawyers described as a situation presenting "a grave threat to regional stability".

“It is inevitable that the increase in state oppression will result in unwieldy and increasingly hostile dissent, a situation that will only exacerbate the threats to peace and security in an increasingly uncertain region," Tayab Ali, a partner at UK-based ITN Solicitors, said in a statement.

In a letter to EU foreign policy chief Federica Mogherini, according to Thursday's statement, the Brotherhood requested that the EU give an update on the steps it has taken since Morsi's death sentence was confirmed in mid-June and review its relationship with the Egyptian government.

The group also called for the Security Council to investigate, under the UN charter, the extent to which the current situation in Egypt threatens regional stability.

Egyptian authorities have blamed the Brotherhood movement for the violence that has rocked Egypt after his overthrow, including increasing attacks in the Sinai Peninsula.

Rights groups, however, accuse the authorities of using the judiciary in its crackdown against Morsi supporters that has left hundreds dead and thousands jailed in the past two years.

In retaliation, militants have targeted security forces, and in recent months have also attacked judges and prosecutors.

On 29 June, the country's top state prosecutor Hisham Barakat was assassinated in a Cairo car bombing - the highest-ranking official to be murdered since the ouster of Morsi.

In May, gunmen killed two judges and a prosecutor in Sinai.

The 10 men sentenced to death on Thursday were among 24 tried in a court in Mansoura in connection with Metwally's murder, the official said. Verdicts against the 14 others will be announced in September.

In line with Egyptian law, the death sentences were referred to the mufti, the government's official interpreter of Islamic law, and the court will deliver its final ruling on 7 September.

Also on Thursday, the Mansoura court confirmed death sentences against four men accused of forming a "terrorist group", while nine others were sentenced to life.

The men were also accused of receiving weapons training in the Gaza Strip from Ezzedine al-Qassam Brigades, the armed wing of Hamas.