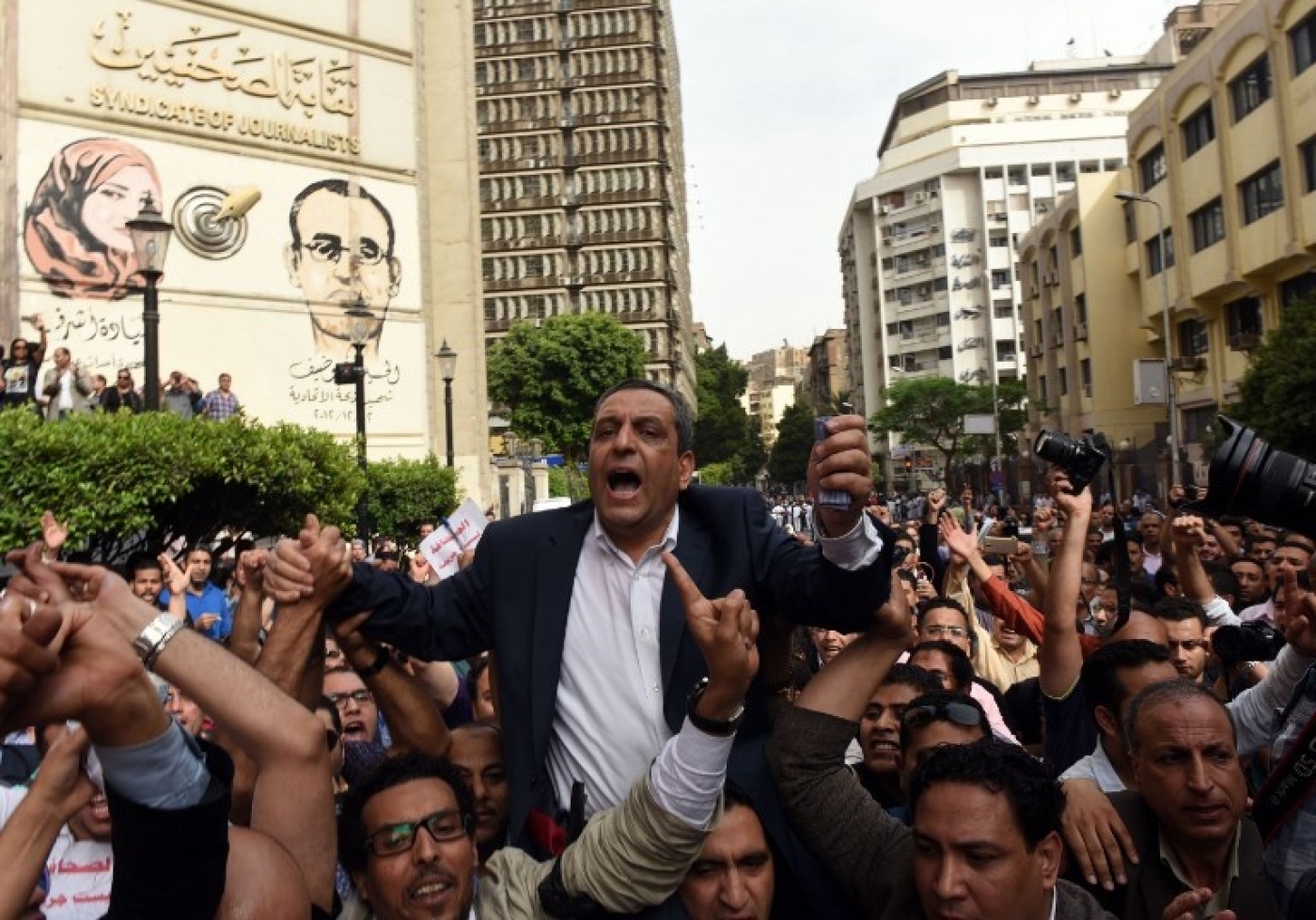 Head of the Egyptian journalists union, Yahiya Kallash, demonstrating with journalists outside the Journalists Syndicate headquarters in Cairo on 4 May 2016 (AFP)
By
MEE and agencies

An Egyptian court on Saturday sentenced the head of the journalists' union and two members to two years in prison for "harbouring fugitives". They were allowed to pay bail pending an appeal.

Journalists Syndicate president Yahiya Kallash, Gamal Abd el-Rahim and Khaled Elbalshy were charged in May with sheltering two journalists wanted over protests against the transfer of two Red Sea islands to Saudi Arabia.

Their arrest, following a 1 May police raid on the union building to detain two reporters from an opposition website, drew condemnation from rights groups.

The European Union said the indictment of the Journalists Syndicate members was "a worrying development".

"It reflects broader limitations on freedom of expression and press freedom in Egypt," an EU spokesperson said at the time.

Kallash had denounced the police raid on union headquarters to arrest reporters Amr Badr and Mahmud al-Sakka, saying the government was "escalating the war against journalism and journalists".

Activists had organised two protests in April against handing the islands to Saudi Arabia.

A court later ruled that the transfer could not go through. 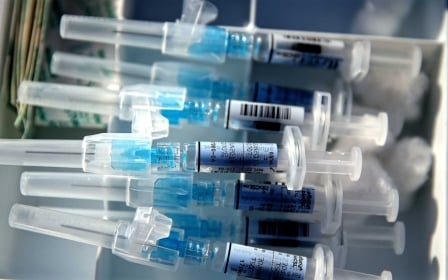