Egyptian-Sudanese relations have been badly hit as both countries engage in a tit-for-tat dispute after the deportation of two Sudanese journalists by Egypt.

Egyptian authorities last week refused the entry of and deported Sudanese journalists Iman Kamal al-Din and Al-Tahir Satti. According to the Egypt Independent, Din was deported for writing an article alleging Egypt had built a military base in Eritrea.

Sudan this week hit back. Its foreign minister, Ibrahim Ghandour, stated that the entry of Egyptian citizens would from now on be "dealt with at consular level".

The dispute is a further blow to an already watered-down 2004 free-movement deal and adds to several other rows.

"The return of a citizen means that we will return Egyptians and impose fines on Egyptians much in the same way that this has been done to Sudanese citizens," Ghandour told a parliamentary committee on Tuesday.

The return of a citizen means that we will return Egyptians and impose fines on Egyptians, in the same way

Ghandour said he had contacted his Egyptian counterpart, Sameh Shoukry, asking him to put a temporary freeze on any outstanding negotiations until the crisis is resolved, reported Arabic media.

He also said that he would wait for a written response from Egypt to agree on a joint framework for the treatment of visitors.

He warned that relations could slump to levels not seen since Egypt blamed Sudan for the attempted assassination of then-Egyptian president Hosni Mubarak in the 1990s.

In 2004, Egypt and Sudan signed the Four Freedoms Agreement, allowing citizens to move freely between both countries and live, work and own property without a permit.

Sudan's decision places a restriction on Egyptian men aged from 18 to 50 and was aimed at preventing "terrorists" from infiltrating the country, it said. The restriction does not apply to Egyptian women.

The calls come after Ghandour publicly asked Egypt to explain why it had supported a UN arms embargo and sanctions on Sudan at a UN Security council meeting on 7 April.

Egypt was among eight countries that last year abstained in a Security Council vote to impose an arms embargo on South Sudan and sanction three key government and opposition figures blamed for widespread violence in the country.

The proposal failed, with only seven votes in favour.

Tensions between Khartoum and Cairo rose after Sudan restricted the import of farming and agricultural products from Egypt last September, following US reports that Egyptian strawberries were causing hepatitis and other diseases.

Cairo reciprocated by raising residency fees for Sudanese in Egypt.

That was only adding to the rows from July 2013, when Egypt's first democratically elected president, Mohamed Morsi, was overthrown by a military coup led by the current president, Abdel Fattah al-Sisi.

Egyptian media accused Khartoum of offering refuge to members of Morsi's Muslim Brotherhood movement, which was declared a "terrorist group" by Sisi's government.

Both countries have attempted to cool the rising hostility, with Egyptian Foreign Minister Shoukry visiting Khartoum on 20 April for talks with Ghandour.

Political analysts however say a stalemate has developed.

"Tensions between Egypt and Sudan have reached an unprecedented low and jeopardise relations like never before," political analyst Othman Merghani told Aljazeera on Wednesday.

According to Merghani, the crux of the hostility is the building of the Great Ethiopian Renaissance Dam, or GERD, which is more than 70 percent complete and which will eventually produce 6,000 megawatts of electricity according to Ethiopia. Egypt is concerned that the dam will interfere with the flow of the Nile waters, which would affect the livelihood of most its 80 million citizens.

Merghani said Egypt has been especially angered by Sudan's support for Ethiopia, after President Bashir publicly announced his support for his Ethiopian counterpart while saying during a meeting on bilateral relations on 4 April that Sudanese and Ethiopian security were tightly linked. Egypt fears that closer relations between Ethiopia and Sudan will likely mean that progress in the GERD will be in their favour rather than Egypt's.

There is also the dispute over the Halayeb Triangle, an area of land just under 8,000 square miles on the Egyptian-Sudanese border. The triangle's three cities, Halayeb, Abu Ramad and Shalateen, are administered by Egypt and are of great strategic importance.

Earlier this year, the Sudanese president stated: "The Halayeb-Shalateen Triangle is a Sudanese area, but we are not going to war for it - it will be reclaimed through negotiations."

Before assuming the Egyptian presidency, Sisi said: "The Halayeb-Shalateen Triangle is part of Egyptian territory. We urge Sudan not to start a conflict with Egypt."

Both Egypt and Sudan have a long standing history, with the countries once creating a unified state in the mid-20th century.

Some Egyptian politicians believe the way forward is to reinstate the 1982 Nile Valley parliament, a body of politicians from both countries, which helped improve diplomatic relations.

The parliament's work, which came to a halt in 1985, had agreed on equal treatment for citizens, freedom of movement, residency, acquisitions, labour and trade exchange, as well as a joint unified policy at the level of international relations and diplomatic representation. 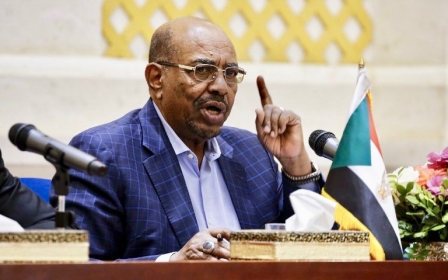