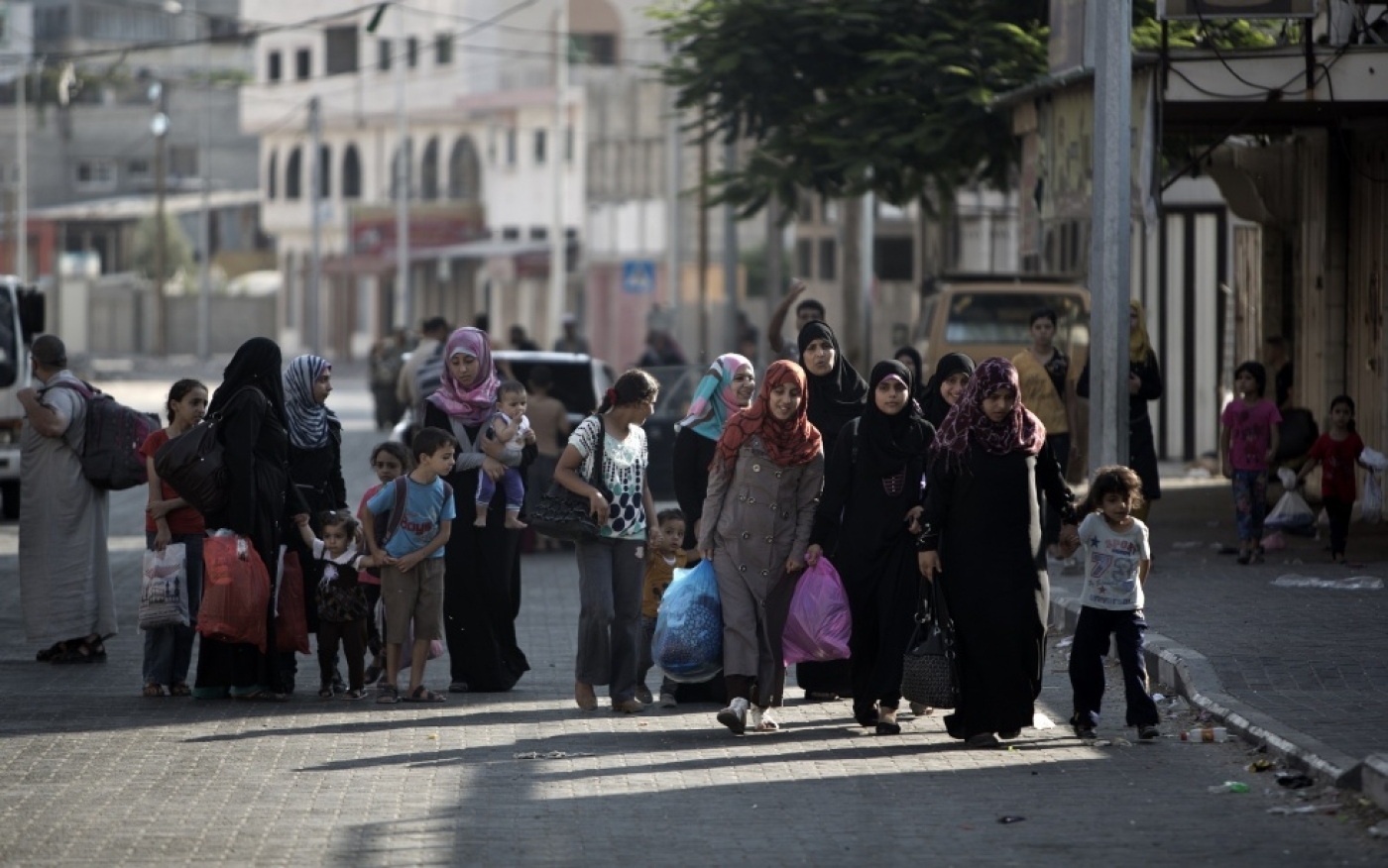 Israeli warplanes struck targets across Gaza, killing a child on Friday in retaliation to rocket fire after a 72-hour truce expired without a breakthrough on a longer-term ceasefire.

But Egypt, mediating indirect talks between Israelis and Palestinians, said negotiations were making progress despite the violence and called for an expired ceasefire to be extended.

The head of the Palestinian delegation in Cairo also said they were committed to achieving a truce, while Israel warned that it would not negotiate under fire.

All Palestinian groups in the Gaza Strip have refused to extend a three-day truce with Israel, the Hamas group that dominates the enclave said Friday, as the ceasefire ended.

"All the Palestinian factions, including Hamas, have agreed not to renew the ceasefire because (Israel) is refusing to accommodate our demands, but negotiations continue in Cairo," Hamas spokesman Fawzi Barhum told AFP.

The Islamic Jihad's armed wing, the al-Quds Brigade fired rockets at Ashkelon in Israel minutes after a 72-hour truce between Hamas and the Israel ended without agreement to extend it, the army said.

"Since 08:00 IDT (0500 GMT), terrorists fired a barrage of at least five rockets at southern Israel. A rocket was intercepted over Ashkelon," a statement from the military read.

"Additional rockets hit open areas in southern Israel," the army said, putting the number at over 10.

Israel’s Economy Minister Naftali Bennett called on the government to recall its delegation from Cairo immediately in light of the rocket fire.

"Firing on Israeli citizens as a way of exerting pressure is a test of Israeli deterrence for years to come," Bennett said. "The response must be firm."

"I remind the Israeli public that Operation Protective Edge has not yet ended and Hamas has not been defeated. Israelis must be strong and prepared for what is to come."

An AFP correspondent and witnesses said residents in eastern Gaza City were fleeing their homes in fear of possible Israeli retaliatory attacks.

The Izz al-Din al-Qassam Brigades, the armed wing of Palestinian faction Hamas, have called on negotiators to withdraw from talks in Cairo if Israel failed to meet Palestinian demands, including lifting a years-long blockade on the Gaza Strip.

"If our demands are not met, including the creation of a seaport, negotiators must withdraw from the negotiations and end this game," Qassam spokesman Abu Ubaydeh said in a televised speech on Thursday.

He called on Palestinian negotiators not to extend a ceasefire with Israel if the self-proclaimed Jewish state failed to meet the Palestinian demands.

"The resistance is capable of imposing its own conditions and the conditions of our people," the spokesman said.

An Egypt-proposed three-day ceasefire in the Gaza Strip between Palestinian factions and Israel expired at 8:00am on Friday.

The ceasefire was brokered following a month of incessant Israeli strikes against the Gaza Strip that left 1886 Palestinians dead and 9800 others injured. The attacks have also turned thousands of Gaza's buildings into mere rubble.

Palestinian factions and Israel are currently holding indirect talks in Cairo for striking a long-term ceasefire in the Gaza Strip.

The Gaza Strip, home to 1.8 million Palestinians, has been reeling under a crippling Israeli blockade since 2006, badly affecting the livelihood in the seaside enclave.

A former Hamas spokesman died Thursday of injuries sustained in an earlier Israeli attack on the Gaza Strip.

"Hamas mourns martyr Ayman Taha, who succumbed to wounds sustained in an Israeli attack that targeted an apartment in Gaza City," the Islamist resistance faction said in a statement.

The group lauded the former spokesman for "sacrifices" he offered the movement and the Palestinian people.