Egypt uses sexual violence as a tool of repression: Report

According to a damning report published on Tuesday by the International Federation for Human Rights (FIDH), sexual and gender-based violence used by state security forces, the police and military has been systematically on the rise as a weapon of repression since the military takeover of July 2013.

“The increase in the number of documented cases of sexual assault perpetrated by members of the security forces since the takeover of power by the armed forces on 3 July 2013 suggests a direct link between the security clampdown and the rise in sexual violence,” says the report titled Exposing State Hypocrisy: Sexual Violence by Security Forces in Egypt.

Through interviews with scores of victims, lawyers and members of human rights NGOs in Egypt, FIDH alleges the involvement of the police, national security intelligence officers and the military in the use of a wide-ranging sexual violence including rape, sexual assault, rape with objects, electrocution of genitalia, and sex-based defamation and blackmail.

“We were attacked in a raid led by the chief of the Alexandria Criminal Intelligence (Mabahith)... They made us kneel down with our hands behind our heads," said an activist in a human rights NGO in the report.
"Then they took the young women to one side and frisked us with our faces towards the wall, sexually harassing us and insulting us. I tried to remove the hand of one of the Central Security soldiers from my trousers, so then they beat me with their weapons until I could no longer resist.”

Sexual violence, specifically to target women, has long been used as a means of control and humiliation by authoritarian regimes in Egypt and across the Middle East.

With women seen as “guarantors” of collective identity, their exploitation has been used to disgrace families, if not whole communities.

The report shows that the use of sexualised violence by the current government has not only peaked, but has gone beyond targeting women to include high numbers of the Muslim Brotherhood, other political opposition groups, Christians, students, juveniles and LGBT persons.

Furthermore, the report highlights that sexual violence traditionally used against detainees in prisons, police stations and detention centres has burst into the public sphere with the increased physical presence of the police, army and security personal in public spaces.

Detailed personal accounts from victims reveal the use of sexual violence on the streets, in university campuses and at checkpoints, sometimes with the help of a private security services firm Falcon, which has been hired by university management to secure campuses.

While clamping down on the opposition, Sisi has also waged a fierce campaign against the LGBT community despite there being no law criminalising their activities.

Opposition groups have been viewed as jeopardising hopes for stability, by the Sisi presidency. This has given him the political opportunity to use severe methods to crackdown on activists, as evidenced by his campaign against Egypt's gay and transgender community - a despised sector of society. This has also lended him increased support from Egypt’s widely conservative public.

The report slates the government’s recent claims to have battled against sexual violence in Egypt as “hypocrisy”. FIDH pointed to the increase in state-sanctioned use of sexualised violence, this is despite the criminalisation of sexual harassment last June in new legislation.

The government has dismissed various complaints to prosecutor generals to investigate accusations of sexual assault by police and security services. Public figures have backed this approach, including Mervat Tallawy, head of Egypt’s National Women’s Council, a government body charged with defending women’s rights, who said: “It is impossible that a paramilitary organisation like the police would commit crimes of sexual violence in Egyptian prisons.”

Targeting of NGOs challenging the sanctity of the state, as well as the sensitivity of the topic making women more inclined to keep quiet rather than disgrace their family reputation, has made documenting and verifying violations extremely challenging.

FIDH consistently notes that testimonials in the report "could not be independently verified" reflecting the difficulty the organisation faced in authenticating many of its harrowing testimonials, as well as establishing the culpability of those accused.

If only a fraction of the report were true however, it would still constitute an incriminating indictment of the Sisi government.

For the most part, women in Egypt have suffered most by the sharp rise in sexual violence in public spaces.

In 2013, a government study found that 99.3% of Egyptian women reported being harassed at some point in their lives, according to The Guardian.

Widespread street-based harassment has become a phenomenon associated with the country, while there were more than 600 recorded instances of mob rape in Tahrir Square during the 2011 uprisings.

A recent poll showed that more than 84 percent of Egyptians are said to be supportive of Sisi, meaning it is unlikely that he will face popular challenges to his rule in the near future. This will likely also mean that the disturbing testimonials included in the FIDH report are not acted upon by authorities - the government has said it will not comment on the report until it has read it in detail. 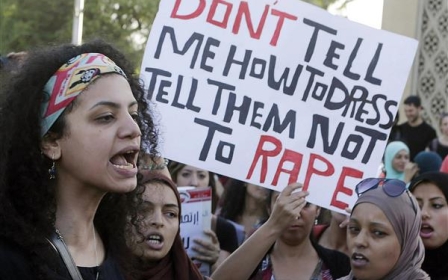 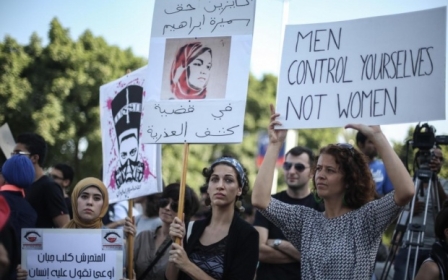