Naguib Sawiris, who founded an opposition political party, told its conference that Egypt's parliament is 'stillborn' 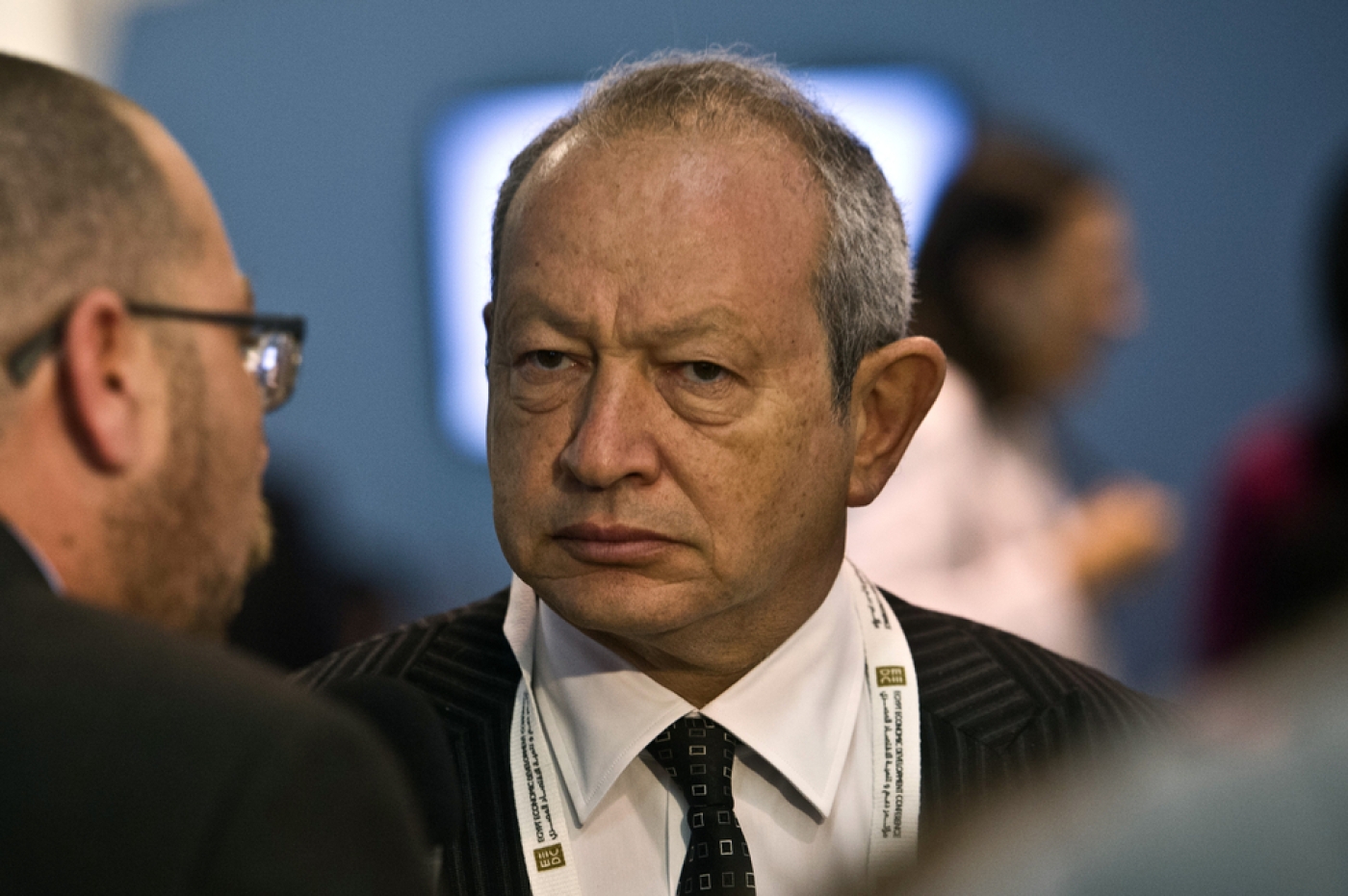 Sawiris is a communications tycoon, and former boss of the new Investment Minister (AFP)
By
MEE staff

Naguib Sawiris, a communications tycoon who founded the liberal Free Egyptians Party following the revolution of 2011, was speaking during the party’s annual conference in Cairo.

Addressing the economic situation in the country, where growth has stagnated amid a marked drop in tourism revenues and investment, Sawiris called for “radical solutions”.

President Abdel Fattah al-Sisi in February called for Egyptians to help economic growth by donating a pound to the state every day via text.

Sawiris rejected the call, which was met with ridicule by activists on social media.

“They are asking us to donate a pound every morning for Egypt while state agencies squander millions unnecessarily,” he told the conference.

He also criticised the political situation in the country, where a new parliament was sworn in January after more than three years without one.

“This parliament was stillborn – the state is gratified by the distortion campaign that the media is leading against the House of Representatives.”

The parliament has faced intense criticism in the Egyptian media since its members were sworn in, with accusations of improper conduct when it was revealed that Prime Minister Sherif Ismail had called private meetings at his office with various parliamentary blocs, rather than addressing them in the house.

In response to the public criticism, President Sisi announced a major reshuffle on 23 March, naming ten new ministers in a shake-up aimed at reviving the economy.

Amr al-Garhy, a veteran banker, was appointed finance minister while Dalia Khorshid – a prominent businesswoman and former employee of Sawiris – was given the investment portfolio.

Sawiris did not reference the reshuffle, but did call for an overhaul of the body responsible for the Suez Canal, a key shipping route that Egypt is hoping will boost the state’s coffers.